The Fiddler Fiddlin' what with His Fiddle

Before we depart from Superman #4, let me remind you: 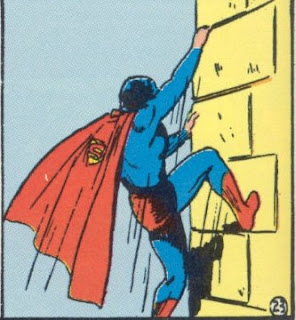 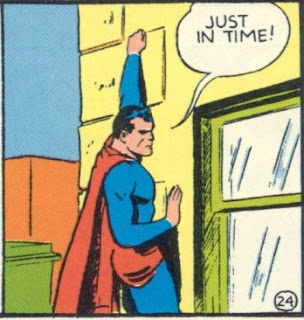 I'm not an artist by any standards, but I would think that just drawing Superman flying would be a lot easier than all this jumping, climbing, hanging, etc.... 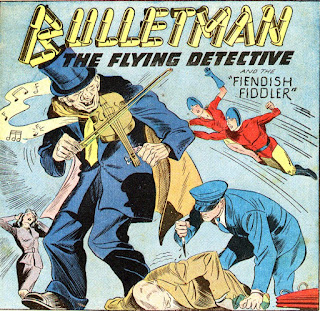 I have a question about Bulletman:

Are he and Bulletgirl bulletproof somehow?  Or can they only shrug off bullets if an enemy is obliging enough to aim for their helmets?  I'm still a little lost on the powers Bulletman gave himself.

So, how did the Fiddler end up? 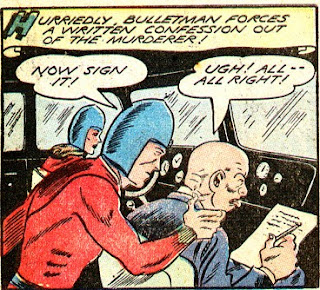 Well, he had a good argument that his confession was given under coercion, but it appears he didn't have faith in the legal system: 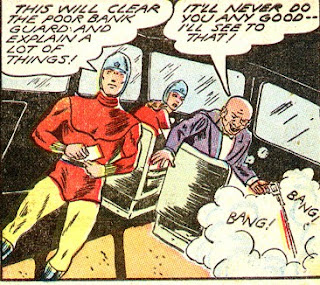 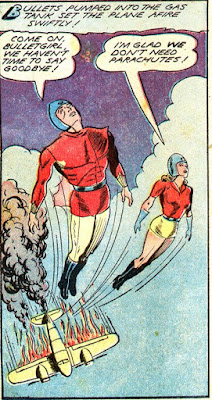 Hmmmm... you know, I'm pretty sure Bulletman or Bulletgirl could have grabbed the Fiddler before bailing out of the brain if they had wanted to.

If they had wanted to.  Let this be a lesson to all of us. 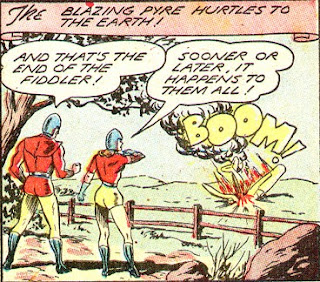 What are you saying Bulletgirl?  Are you planning on killing every bad guy who crosses your path?  That's pretty tough talk for someone who was almost killed by the Dude.

According to Wikipedia, their bullet-shaped helmets allowed them to fly and deflect bullets (which leads to me ask "Just bullets?). No idea how consistently this was applied in the comics.

I love the word 'fiend', not 'fiendish'. Around here, people smoked like fiends when I was growing up. That was the phrase. They didn't eat kishka like fiends.

There was an IRON MAN villain in the early 70s called The Fiend. Now I have to go look him up, he might have been like The Parasite. But there should really be a new character called The Fiend.

I wonder if Bulletdog ate the bullets.

I think you're right! There *was* a guy called the Fiend! He was only slightly better than L'Enfent Terrible from the Fantastic Four.