If You Call Yourself "Mr. Ego," at Least that Shows You Have SOME Self-Awareness...

Bulletman #8 is, I think, the first time he's referred to as "Bulletman, the Flying Detective."  I don't really know that this was necessary, as we all knew by now he could fly and the notion that he's a detective really isn't all that exciting.  I mean, if you weren't sold on the character before, you weren't likely to say, "Oh... he's a detective?  Well, why didn't you say so?"

Anyway, this ish had the first appearance of Mr. Ego, who is one of my faves.  You can tell he's going to be awesome because he merited his own Disembodied Floating Head (tm!): 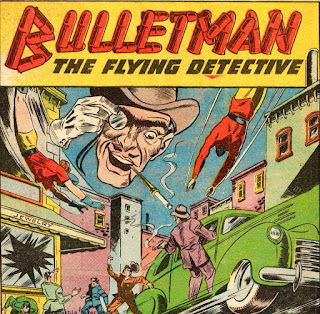 He starts out pretty generic.  For some reason, bad guys would rather take over an established gang than just go out and recruit their own.  I'm not sure why that is.  It's not like there's ever a henchman shortage: 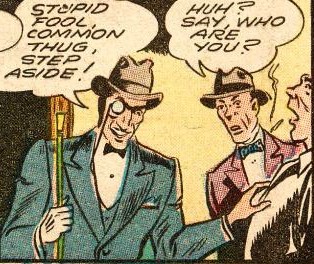 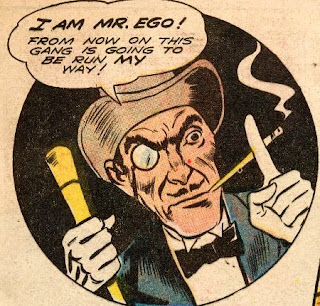 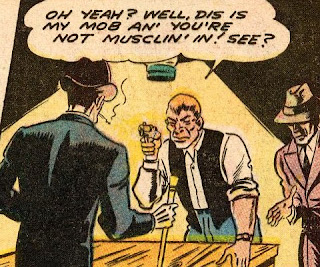 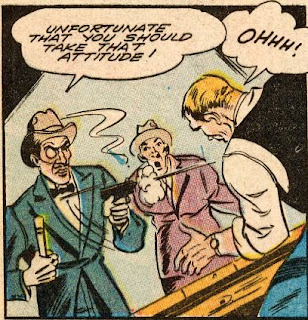 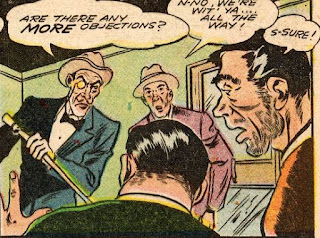 Hmmmm... apparently, in the room full of mobsters, Mr. Ego was the only one packing a firearm.  I'd like to see a similar scenario where a henchman sees his boss get gunned down by a new guy and then shoots the new guy.  Do criminals just not have ambition?  Is that the problem?

And I'm starting to notice a trend with Bulletman and Bulletgirl: 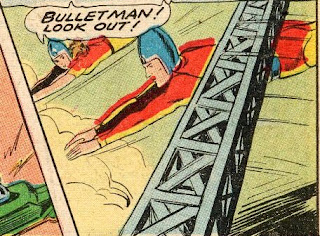 They lose their helmets a lot: 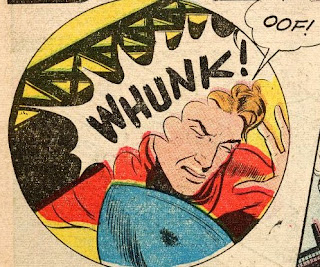 You'd think that a brilliant scientist who could invent an anti-gravity helmet would be able to see the practical value in a chin strap.  But then again, I'm no mechanical engineer. 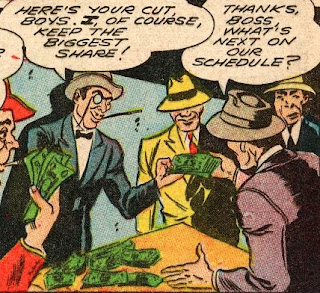 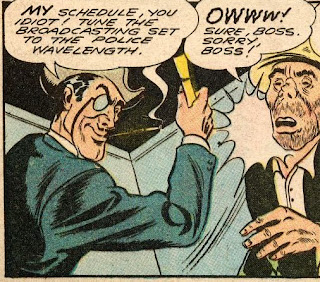 I love his generous use of the Random Slap. (tm!)  Let's see it again! 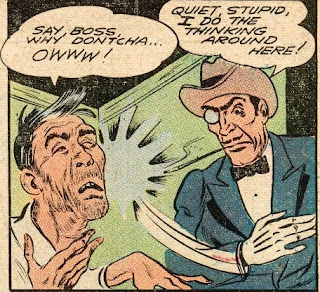 Now, back to that whole helmet issue: 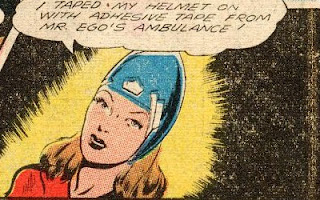 Well, Bulletgirl is on the right track, but I'm really kind of hooked on the whole chin-strap thing.  Either they see a flaw in the concept of the chin strap that I'm just not visualizing, or they should give it a shot.

But alas, Mr. Ego was too cool for this planet: 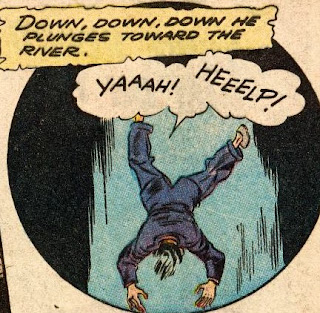 Although we can't be sure he's dead.  As you know, in comics you aren't really dead unless you see a hand come up above the water and... 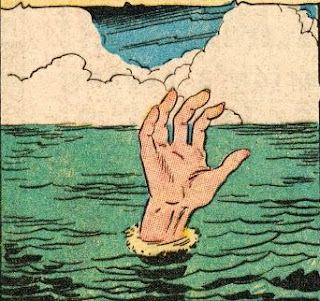 And now, one of the worst wrap-up scenes ever: 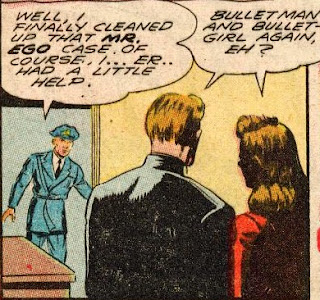 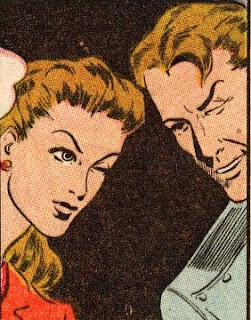 Man, that police chief is dangerously unobservant if he has not idea who Bulletman and Bulletgirl are.

During my stint at the ROTC, the Sarge admonished against the buckling of the chin-strap during combat, as there would be a risk that the single loop then in use could lead to cervical injury as the shock wave from a nearby bomb blast would tend to push the helmet off the head. Perhaps Bulletgirl's contrivance in panel #12 was a makeshift for the more secure German Fallschirmjäger 3-point anchor design.

Well, there's certainly no shortage of things that take the helmets off of Bulletman and Bulletgirl's heads. It continues to be a problem in later issues, so maybe he should turn it into a collar... FORESHADOWING!


Bulletman was the Golden Age equivalent of Hal Jordan.