In Which Superman Fights an Ape. You're Welcome.

Let's finish up our look at Superman #11, as we see Lois get suspicious for the first time: 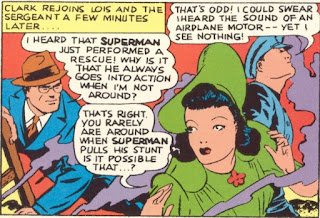 Okay, for the record: Clark totally put the idea in Lois's head.  Every situation in the future where Clark is having to hide his secret identity from Lois is completely his own fault.  Heed the evidence of your own eyes, folks.

Speaking of  not ignoring what we see, consider this: Superman would not officially fly in the comics until October of 1943 in Action Comics #65. 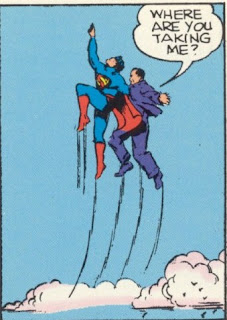 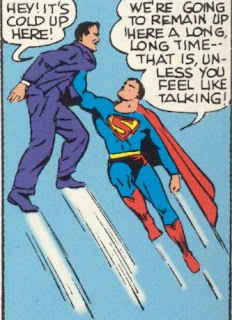 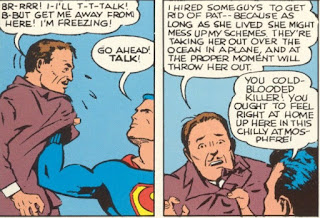 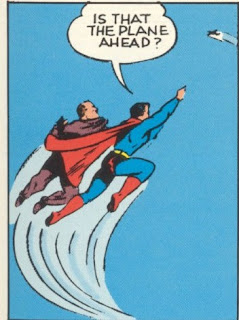 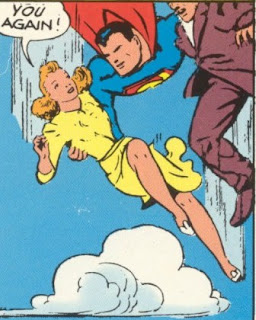 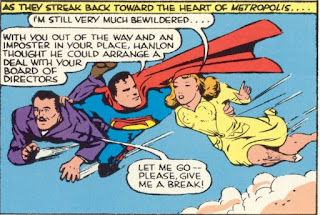 What, my friends, do you call that?

Check out this ad:

Very little is known about Stillicious, the Chocolate Dairy Drink.  But I'll bet the milkman was thrilled to add the chore of delivering a stupid child's newspaper to his daily duties.

"Stillicious"... it sounds like something that would give you constipation, doesn't it?  Is it just me?

I promised you Superman fighting an ape, didn't I?  Here you go: 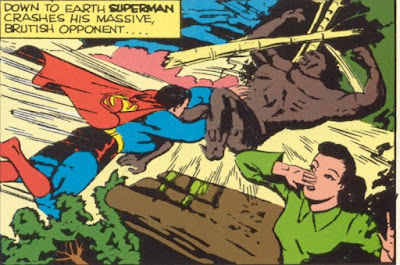 We make good on a promise here at CMNS.

Let's see, Supes changes direction in mid-air and seemingly manages to hover. I'd have to say that qualifies as flying rather than leaping.

Not only was he flying (or at least, falling with style) but he also managed to let his passengers swap sides and let the crook change suits!