Superman vs. a Giant Ant! YEAH!

Here's kind of a fun moment from comic book history, courtesy of Superman #61: 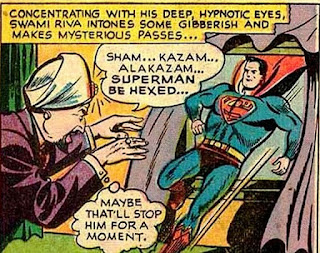 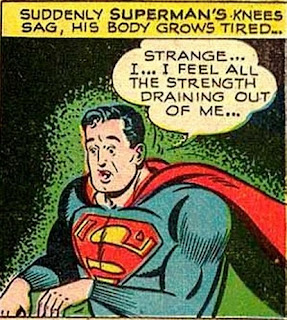 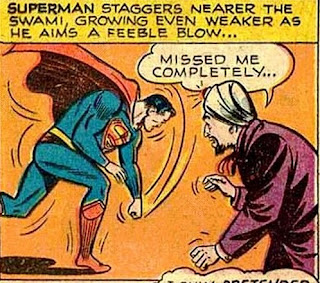 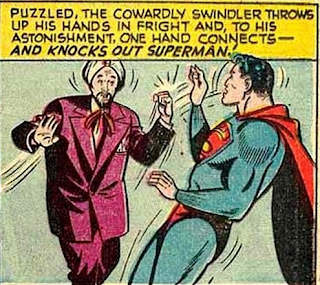 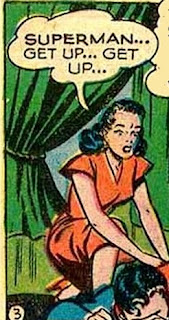 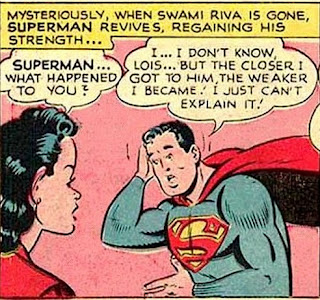 Did you figure it out?  If you guessed it was the first issue where we learned Superman is vulnerable to magic, that would have been a mighty fine guess.  But Swami Riva was a fraud, so this particular turn of events is actually the first appearance of Kryptonite!  It was that little jewel in his turban!

Although if we're going to be completely accurate (and by golly, that's what we are here at CMNS), that red jewel would have been red Kryptonite, which causes all kinds of bizarre things to happen to Big Blue.  But one thing it does not do nor has ever done is have physically draining effects like the green variety.  So, I can't explain why Superman got so weak, either.

Here's a title that got my attention: 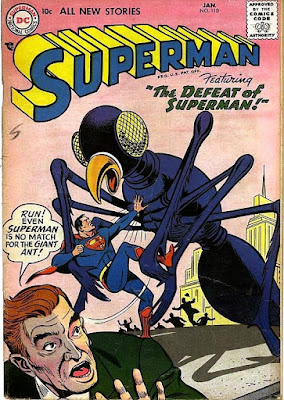 Giant ants defeating Superman?  SHUT UP AND TAKE MY DIME! 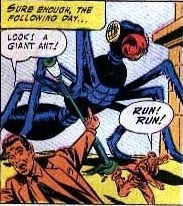 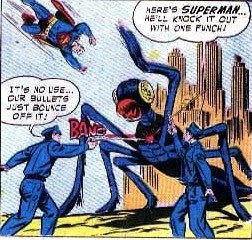 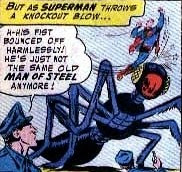 I quit reading there because I'm sure Superman cheated later.

I'm still not forgiving you for "Pilot of The Airwaves". I need to hire Night Rider to show up at your house at midnight and sing "Sister Christian".