I learned some things from Supes in Superman #32. 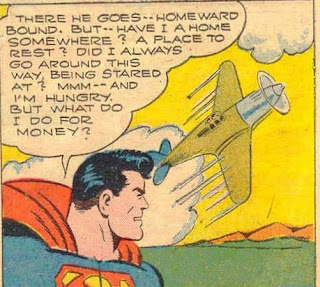 So, everything before Superman #146 (1961) was an entirely different Superman because this guy had to eat and the character who had the "yellow sun as a source of powers that I absorb like some houseplant"  angle doesn't.  So there it is.  Experts say there is no clear start for the Silver Age of Comics, and I say "BALDERDASH!"  It started right there: 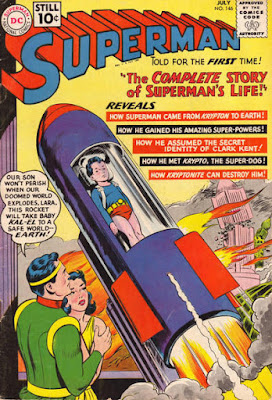 Which, as you look at the cover, stands to reason.  You heard it here first: The Silver Age began with Superman #146 and ended with the Crisis on Infinite Earths Crossover.  As if I hadn't already contributed enough to the comics community.  I know... I just give and give.  I can't stop myself.  It's almost a sickness.

Oh, and the Golden Age Superman liked to knit: 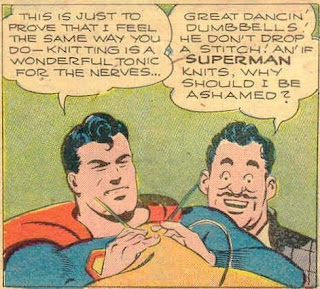 Well, I don't think Superman is exactly the Gold Standard of What's Cool, fella.  You shouldn't be ashamed for no other reason than you like to knit and it doesn't hurt anybody.  Word.

Lois Lane started getting a solo feature around issue #28.  I didn't have high hopes for it until I found this panel. 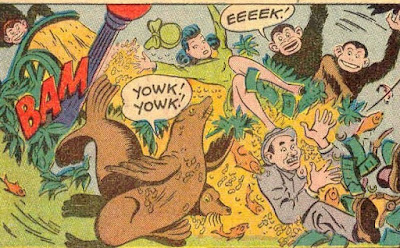 I know, right?  I'm going to be reading the Lois Lane solo stories very carefully if we're talking about seals and monkeys!

Here is Superman #40, let's check out another installment of 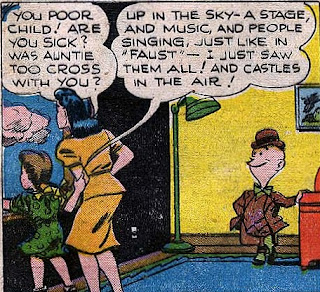 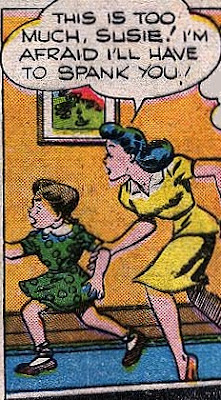 This has been another installment of

As humor, this article is first-rate, well-researched and written.
However, the general consensus is that the Silver Age began with Showcase #4 (premiere appearance of Flash II [Barry Allen], the first of the "reboot" superheroes, and ended with the rewrite of the Comics Code in 1971.
The following Bronze Age ended with Crisis on Infinite Earths.

I'd agree on 1971. You had the whole Kryptonite Nevermore and Neal Adams on Batman and over at Marvel the Kree-Skrull War. Maybe not all 1971, but you could see the changes.

I like to think that the Silver Age began at different times for DC and Marvel--for DC, with the 1956 debut of the Barry Allen Flash, for Marvel, with the debut of the Fantastic Four in 1961.

"I like to think that the Silver Age began at different times for DC and Marvel--for DC, with the 1956 debut of the Barry Allen Flash, for Marvel, with the debut of the Fantastic Four in 1961."

Since the FF comic (and subsequent 1961-62 Marvel superheroes were a response to the sales increases DC's superheroes were generating, wouldn't they be part of the trend started with Showcase #4? ;-)

I don't know; I wouldn't think Marvel entered the Silver Age in 1956; I thought they were doing the same old stuff(monsters and Westerns, mostly) until 1961.

I'm just surprised that Susie knew what FAUST was.

I'm a little surprised that any Superman writers knew, for that matter. Not the Batman writers, though. Very learned chaps, in my opinion.

Well, FWIW, Kirby first started doing work for Atlas in 1956, the same year the Flash debuted. He didn't work continuously for Atlas throughout '57, though, because publisher Goodman cut off regular assignments for about a year, reputedly because Lee had amassed too much backstocked art. Then in '58 Kirby began a regular account with Atlas, and that's when he started doing, not superheroes, but the big Godzilla-style monsters that everyone associates with the pre-Marvel Atlas. I'm no expert on early Atlas, but I don't think they flirted too much with the giant monster schtick before 1956, when Godzilla actually made it to US shores. Before Kirby returned, I've the impression that Atlas' horror stories hewed closer to the EC mold. So Kirby started his "monster line" about the same time that DC started reviving its Golden Age superheroes in earnest-- a new Green Lantern in '59, and a new incarnation of the JSA in 1960.

Ditko was doing more low-key horror stories, but some of them contributed a mood similar to the work he'd use for his superheroes.