When I mentioned the best movie of 2009, I should have qualified it by saying that I hadn't yet seen Star Trek, which you probably know was amazing. I'm not a trekkie, but this made me a follower. I can't wait for the sequel. I'd also recommend The Marc Pease Experience. I think I'm the only person who liked it, but I really enjoyed it.

You may be wondering, how do Great Moments in Comics (tm!) come about?

First, you take a gigantic and fully functional cash register: 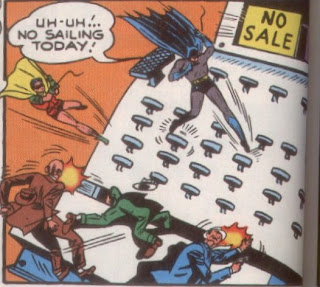 to establish that you can't swing a dead cat in Gotham City without hitting some gigantic and fully functional knickknack.

Just to emphasize this, throw in a gigantic and fully functional camera: 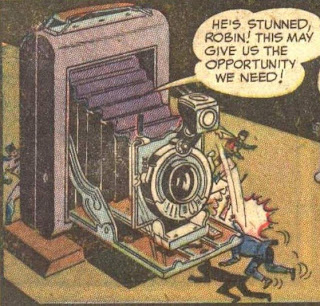 Get the idea? Good. Now throw in a guy who dresses like a moth: 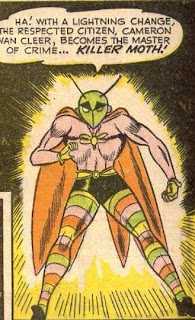 .... although, the headgear notwithstanding, he looks nothing like any moth I've ever seen. Let's pause for a moment and put him in the Costume Hall of Shame.

Okay, gigantic and fully functional props, and a guy who thinks he's a moth. Do you see where this is going? Of course you do! 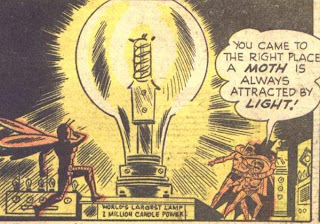 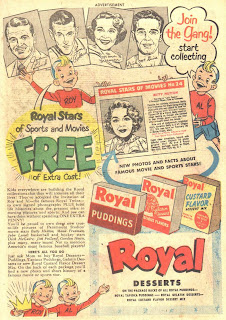 From a male perspective, whether I was ten years of age or the staggeringly elderly point in life in which I find myself now, that is an incredibly lame promotion. Even when I factor in the notion that these people are all has-beens at this point in time, there is no way I would ever collect anything like this. That better be some damn tasty pudding!

Enough of all this. Cue Duane!:


Yeah! He rocks my world, Duane does!

See you tomorrow!
Posted by Adam Barnett at 12:31 PM

It's true, he's not really very moth-like...until it occured to me, that all we've ever seen is nice sweet normal moths. I've never actually SEEN a "killer" moth, so it is quite possible I suppose, that he looks like one.

It was remarkable how many giant props Gotham City had. Was the city founded by a race of people who were all 15 feet tall?

Gotham was a Na'vi colony?

Every moth I've ever seen has green, pink, red, and yellow striped legs.

That guy is really dedicated to his craft. I mean, just because he put on a moth costume doesn't mean he has to kill himself jumping into a giant lightbulb! But he did it.

Batman could learn a thing or two from him about commitment.

Adam DW, you know that bats eat moths, right? Are you suggesting...?

You know, I think it would be great to have a true-to-life picture of Gordie Howe, actually.

When my son was in grade school, we watched a fairly hilarious episode of "Teen Titans," where Thomas Hayden Church played "Killer Moth." He forced Robin to go to the junior prom with his daugther, or he was going to destroy the city (it was better than the episode description).

You can tell a moth is deadly if it has rainbow-striped legs. Extremely rare.