We're reaching the end of the Golden Age All-Star Comics run, and it ain't pretty. 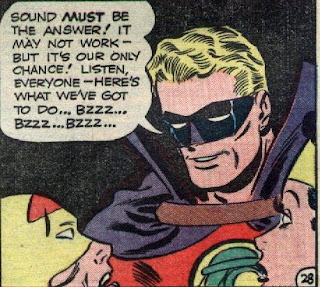 We've got to bzzzz bzzzz bzzzz? What, are we speaking in bee language now? I could barely handle it when Hawkman taught all the JSA people to talk to birds like they were Dr. Freakin' Doolittle, who the heck knew bee language? 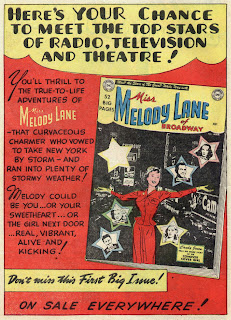 Yeah, we know you're getting bored with super-heroes, so here's Melody Lane!

Hey, kids! It's time for Fun with Out of Context Dialogue! (tm!)

See you tomorrow!
Posted by Adam Barnett at 2:51 PM

I imagine that Alan got a great deal of quiet enjoyment out of messing with Hawkman.