Disclaimer: I know I may be a little off as to whether something was released in 2008 or late 2007, so the only rule I follow is whether or not I experienced it in the last 12 months.

So, let's look at the best:

Single Comic of the Year: The Boys #21 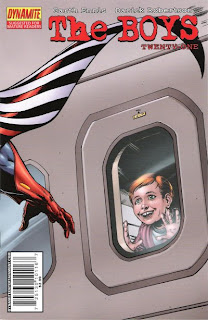 I'm not as enthusiastic about The Boys as much as other folks are. I think the concept is great, but it moves a little slow for me. For those of you who haven't read it, this is a very dark, very graphic account of a world where there are super-heroes, but they're all narcissistic jerks whose deeds may benefit the greater good, but they don't worry about innocents who get caught in the crossfire.

If you never pick up this title, issue 21 is a great read by itself. We basically have a 911 hijacking interrupted by "the good guys" with disastrous results. The suspense and despair as the passengers fall victim to the colossal egos at work makes this one impossible to put down. 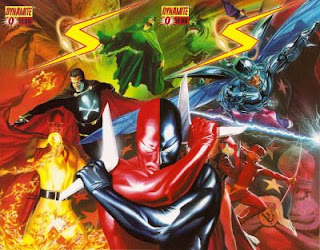 I know, I'm usually a fan of Marvel and DC, but Dynamite Comics (who also puts out The Boys) has really impressed me. This series (which will go from one mini-series to the next a la television's Heroes) revives fourth-string characters from the Golden Age that only hardcore fans would recognize. These characters are far from perfect, neither in powers nor in intelligence, but they have a humanity that makes this title a gentle giant.
___________________________________

I know, me and everyone else. Still, we've got a Napoleon Dynamite syndrome here, where it may be so popular you want to discount its greatness, but you can't deny the virtues of the film itself. Brilliant, disturbing, and (FINALLY) true to the characters as they have been written. We comic nerds have known for years what would make the perfect Batman movie. This was it. 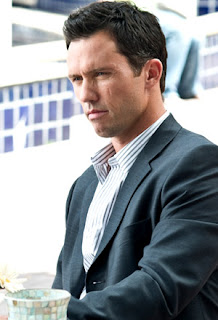 Comic: Checkmate v2 - you have to be much smarter than I am to follow this, and it's really a bummer because I enjoyed the first run so much. Besides, I'm still not over the death of the Blue Beetle.

Movie: Indiana Jones and the Kingdom of the Crystal Skull Aliens? Are you yanking my chain? This was dang stupid, and Harrison Ford looked as bored as I felt. And where is my sequel to The Incredibles?

That's it for me! Have a safe New Year and let me know what your highlights and lowlights were!

See you tomorrow!
Posted by Adam Barnett at 10:52 AM

I did watch Pushing Daisies and loved the series. But I have to admit that season 2 kind of lost its sensibility--
Anyway, happy New Year to you, Adam!

Man, Life on Mars was brilliant!
Ashes to ashes is probably just as good.

and my film of the year is Wall-E... though I too would love to see the Incredibles 2.

ditto for Indy 4.
(this is actually a huge coinkidinky. If you check out my anti-bullshit blog an read the latest comic you'll see why).

have a great new year, Adam!

Merry New Year, sir! I'll be checking out your recommendations as soon as time allows.

Don't stay up too late with the baby, De!