In Which Captain America Fights an Electric Russian on A Gigantic... Eh, You'll Know it When You See It

So, I'm checking out Captain America Comics #78 and was actually kind of jazzed to see the Golden Age (1954 is still Golden Age, right?) appearance of Electro: 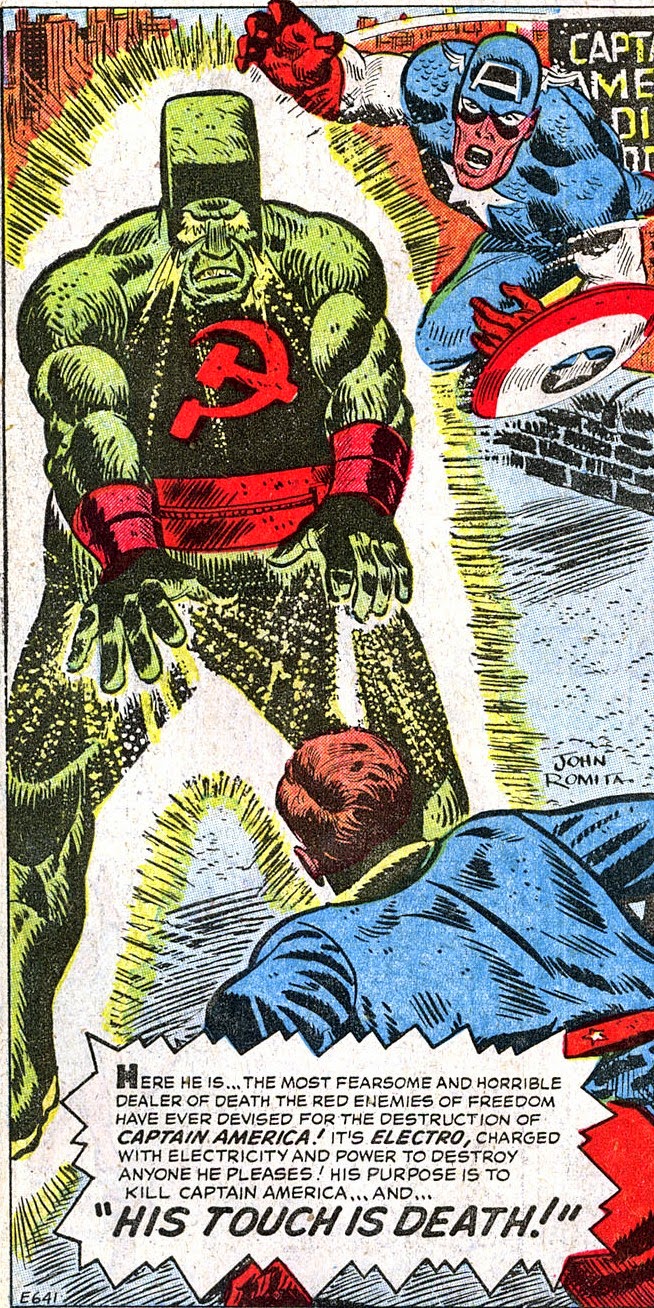 Nope, not the guy who would show up exactly 10 years later and be a long-running Spider-Man villain.  This is a different guy, so we have another occurrence of Recycled Names! (tm!)  And, as you can see, recycled powers as well, because... well, you can generally count on a guy named "Electro" to shoot electricity at you.

I had seen this particular Electro before, back in What If volume 1, #9, as one of the bad guys who fought the 1950's "Avengers": 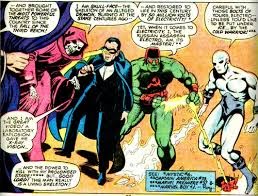 That's pretty cool!  I'm not sure why Electro was green, but now I'm wondering if that had any bearing on the Spider-Man villain wearing a predominantly green costume: 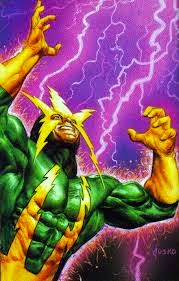 You never know.  It could all be a big coinkydink. 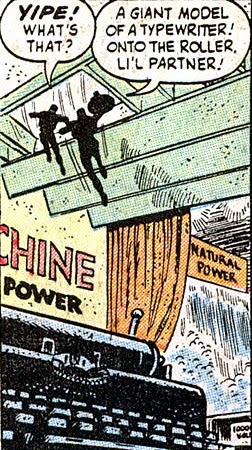 Did this story take place in Gotham City? 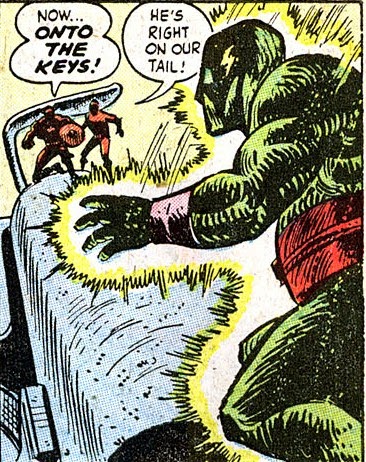 I mean, look at that!  It's a gigantic, fully-functional typewriter! 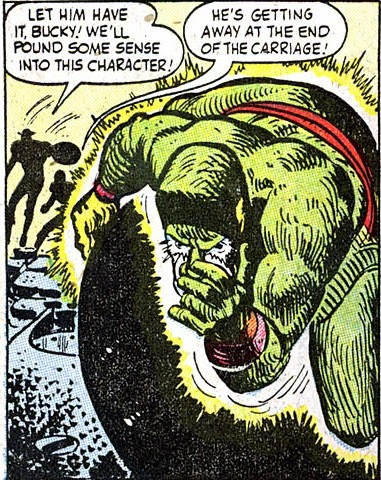 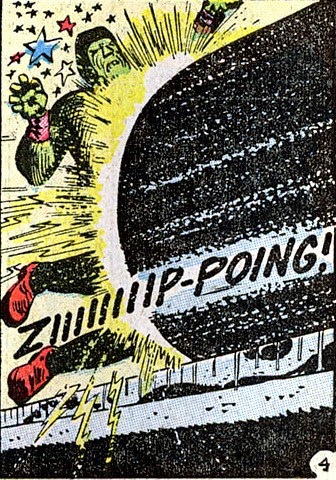 Maybe it was on loan from Gotham City because I thought they had cornered the market on over-sized props.

Let's finish today with some Fun with Out of Context Dialogue! (tm!)

I'm going to shout that the next time I'm using the toilet at home.  Beloved will love it, I'm sure.

Oh, Cap... your post-WWII years were not kind to you.  You probably put yourself in that iceberg on purpose to spare yourself further indignity.  It's really a credit to Marvel that they were able to turn Cap back into a viable property in the Silver Age, because momentum clearly wasn't on the character's side.

Adam, here's a question for you: could Silver Age Captain America had worked if he wasn't found by the Avengers? That is, if they just revived the character a la The Shield? Myself, I doubt it.

But as I write this, I think of the Superman Elseworlds, or MASTERMEN in Multiversity. What if that giant Captain America ice cube was found by Hydra? Or Vikings? Or Brazilian supermodels?

I always thought that the Golden Age ended in the late 40s, when most of the super-hero titles tanked.
Has anyone coined a term for the period between the Golden Age and the Silver Age, when it was mostly horror, westerns, and war comics?

You know, it's a hard call as far as Cap's popularity. He never really did it for me as a solo character in his own title. To me, he needs to be part of a big group, displaying his leadership and being a symbol and all that this entails. I tend to agree that the revival was done the best way for the character.

And you're probably right, Aaron. I just always think of the 1960's as the Silver Age, the 70's as the Bronze. There were so few super-hero titles back in the 1950's that I'm not really sure where they fall.