I was taking a look at Our Flag Comics #1 and hey!  It's another case of Recycled Names! (tm!)

Having been first exposed to comics in 1973, when you talk about the Unknown Soldier, this is who I think of: 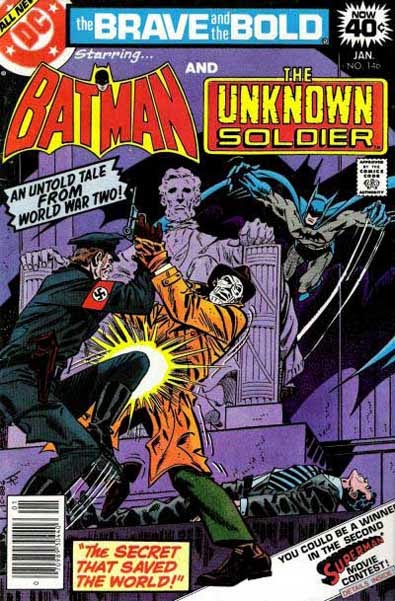 And this ish of The Brave and the Bold was actually my first exposure to him.

But it turns out there was a guy who was toting the name around decades before: 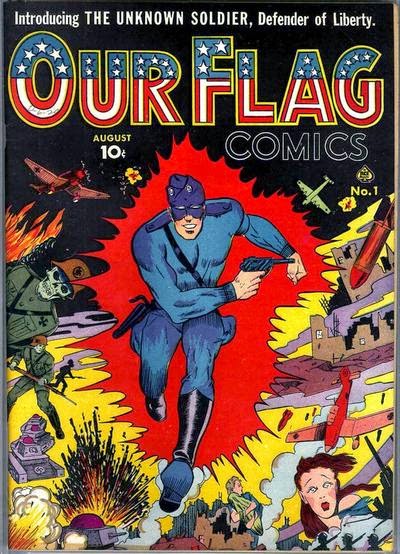 The original guy's stories were actually published in WWII.  Our Flag Comics only lasts for five issues, but he finds a place to hang out in Four Favorites comics.  All I really can tell about him is that he appears to be a manifestation of the spirit of soldiers who had fallen in battle.  And he has a "nitro gun" that shoots explosive bullets because... well, why not?

Anyway, he appears decades later in Project: Superpowers as "Soldier Unknown" to avoid a cease-and-desist letter from DC's legal department.  It's kind of a funny thing, really: If you want to write a story about the Unknown Soldier who appeared in the 1940s, you can't call him that because the character who picked up the then-abandoned name is currently using it.  The same thing happened with the "Daredevil" name.  Intellectual property law is FUN!

You know who DC needs to pick up?  Captain Victory.: 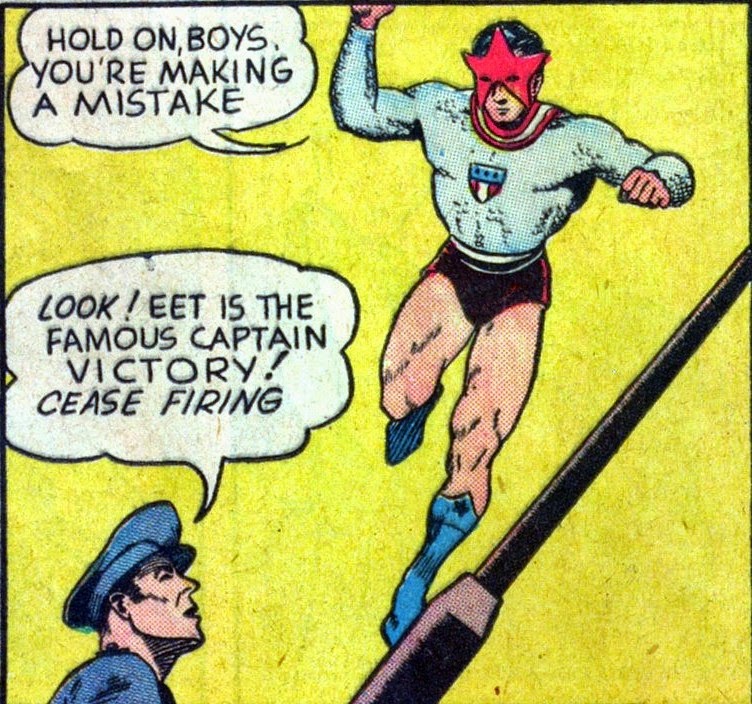 Wow, that's an awful outfit.  You can barely get past the grown-man-with-bare-legs look before you realize he looks like a Starro victim.

For those of you who didn't get that reference, Starro was an alien creature who actually was the first foe of the Justice League of America.  He would put a smaller version of himself on your face and control your mind that way.  Thusly: 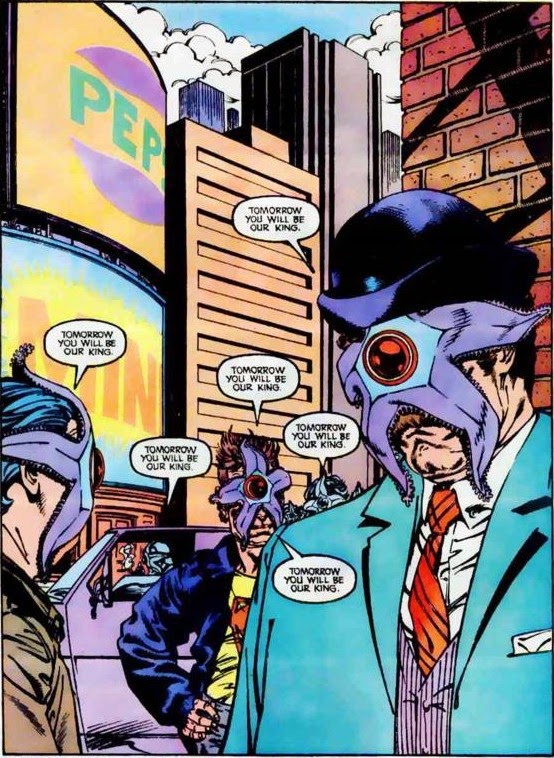 See what I mean?  It's like they're all wearing Captain Victory masks. 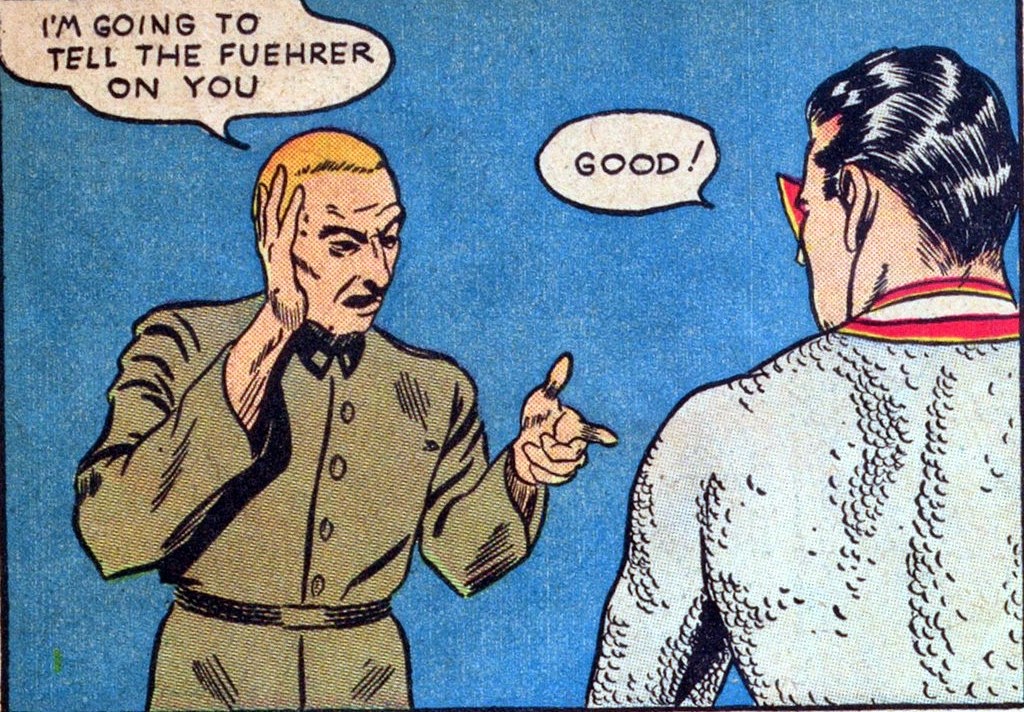 But the crowning glory of this ish has to be none other than.... 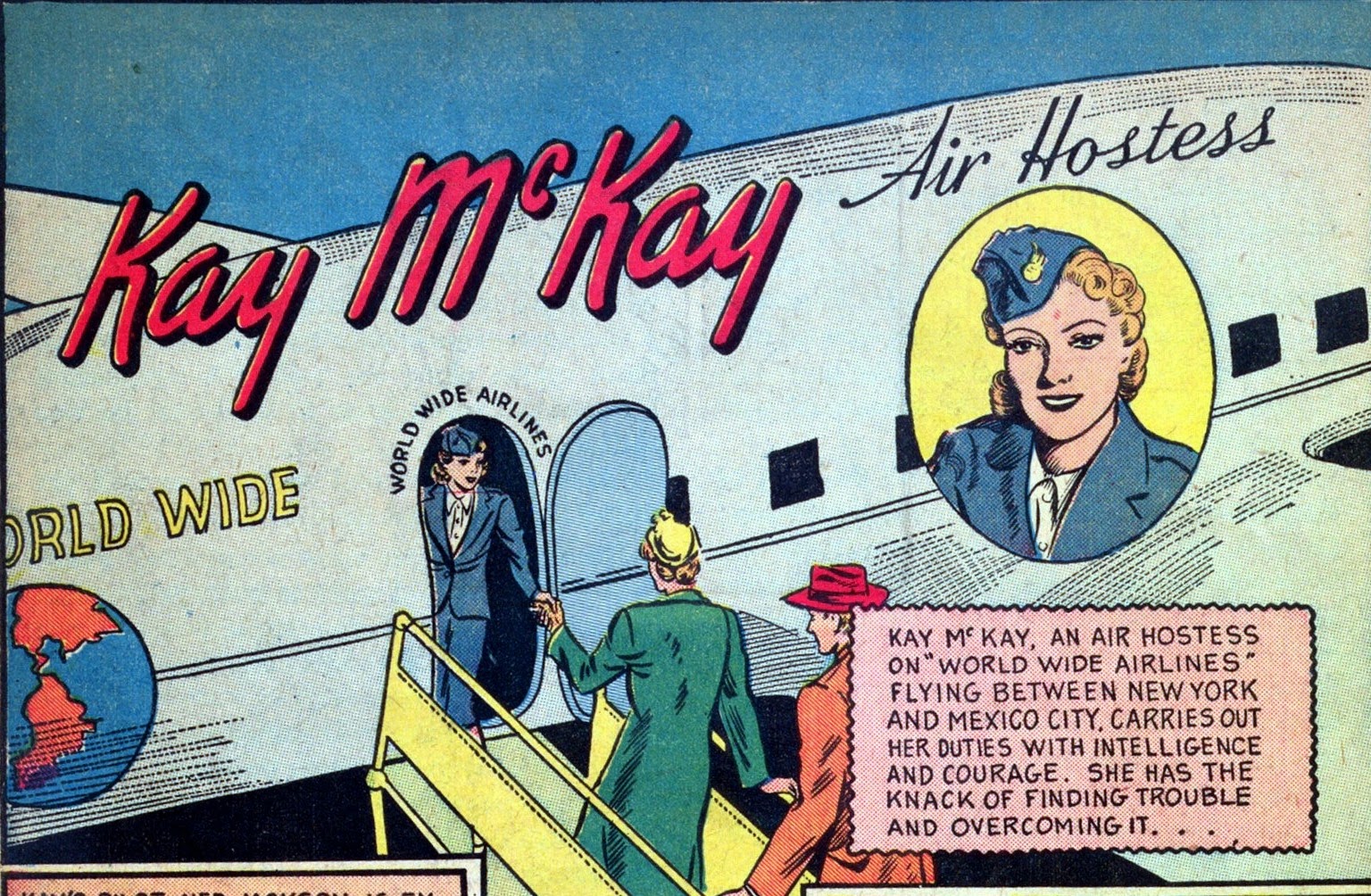 YEAH!  Kay McKay, Air Hostess!  It's just one Moment... of Comic Book Greatness (tm!) after another: 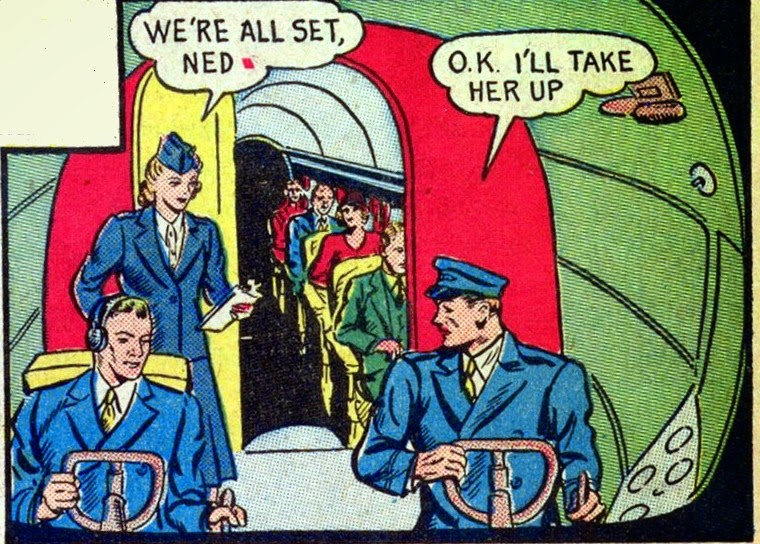 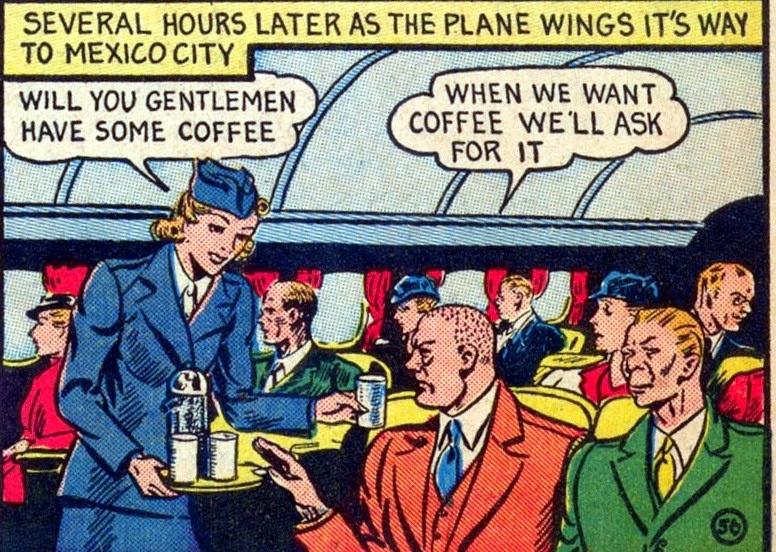 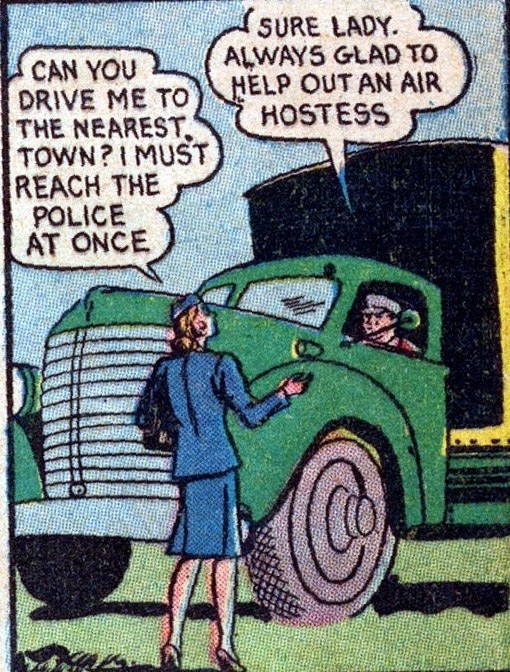 Hmmmm... I'm the first to say Flight Attendants don't get nearly the recognition they deserve for all the stuff they have to know how to do, so I'm surprised to see a trucker who is a fan of the industry. 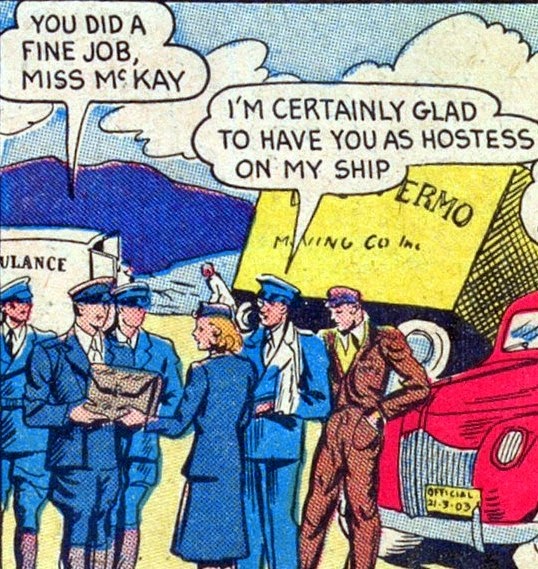 Easy there, boys!  There's no reason to fall all over yourselves in gratitude!  Let's respect the dignity of the uniform, what say?

What fun!  See you tomorrow!