In Which We Logically, Quantifiably and Conclusively Prove That Batman is More Awesome Than the Avengers

Check out this awesome cover from Batman #168: 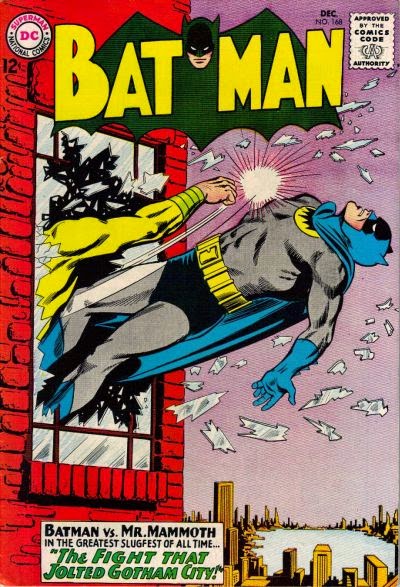 But as is oft the case, the inside doesn't measure up:

Let us go back one issue, in which Batman establishes once and for all that he is more awesome than the Avengers.  Not individually.  The whole freakin' Avengers, all at once.

Before you get your nerdlinger fingers a-tappin' in the comments section, consider this:  The Avengers have collectively been fighting Hydra for... what, 50 years now?  And Hydra has had its setbacks, but they're still kickin'.  Know how long it too Batman to take them down?  One issue.  Specifically, Batman #167:

Way to come sidling up after the heavy lifting is done, Robin.  But that's not the point.  The point is that Batman took down Hydra so totally and completely in one issue, that they wisely closed up shop in the DC Universe and went over to Marvel where they could routinely escape justice from Captain America, Iron Man, etc.

Or, we have a case of Recycled Names (tm!).  I prefer to think it's the former.