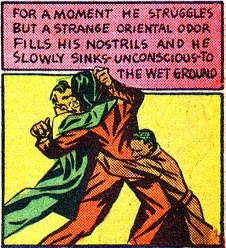 Hmmmm... I'm not sure what an "oriental odor" is, but that sounds incredibly racist.  Let's move on to the main feature: 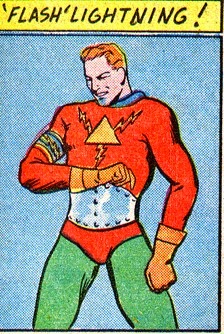 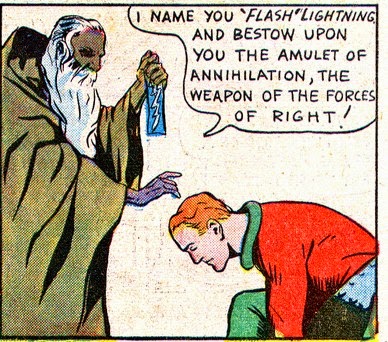 Yes... annihilation is the weapon of the forces of right.  That's not exactly a subtle message, is it? 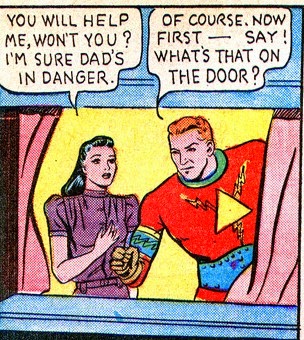 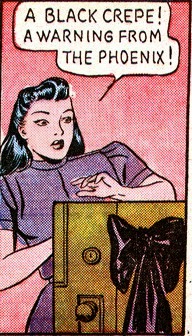 Hmmmm... I find it hard to take any villain seriously if his calling card is a big bow on your door.  I had better see Flash Lightning fighting an alligator soon. 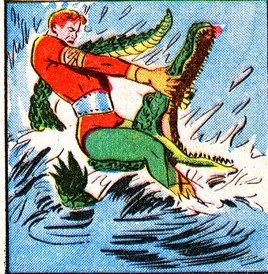 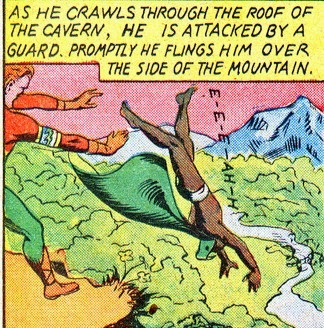 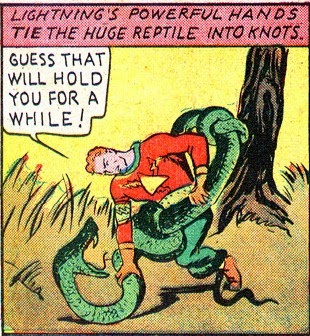 That's better.  Let's go with that.

Well, there was this:

Oh, jeez... even the title character looks bored.  Let's see him in action. 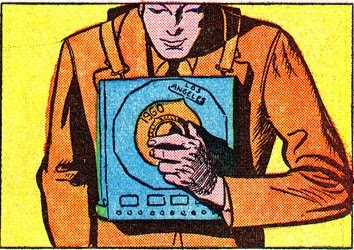