In Which Adam Shares the Local Mores of His Homeland

Courtesy of Boy Meets Girl Comics #10, I give you a very accurate example of courtship here in the Midwestern United States.

And no, I am not joking at all. 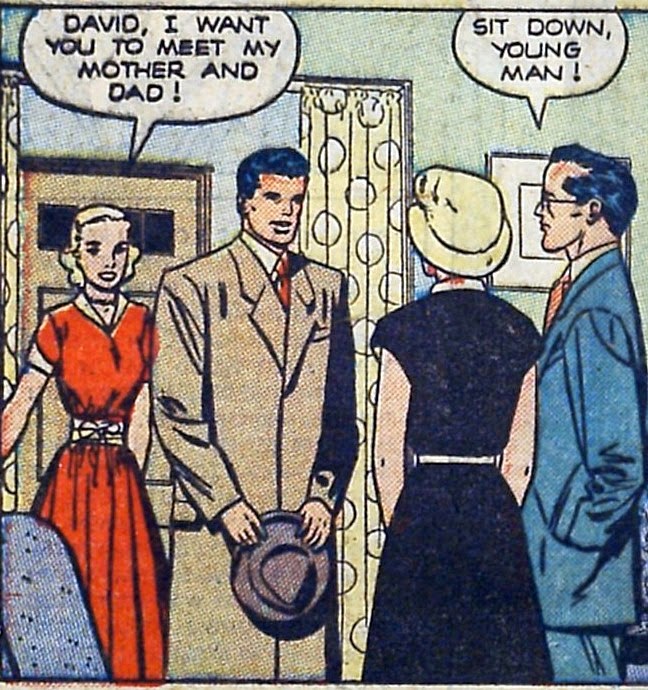 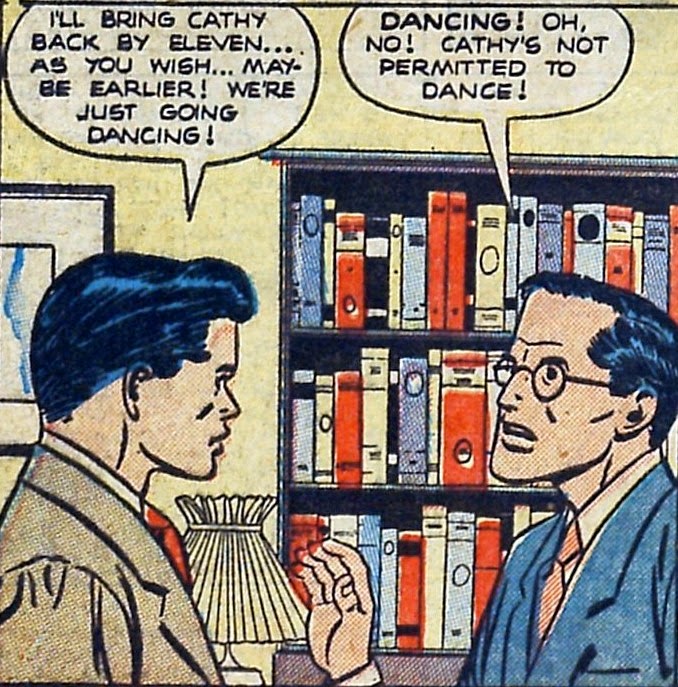 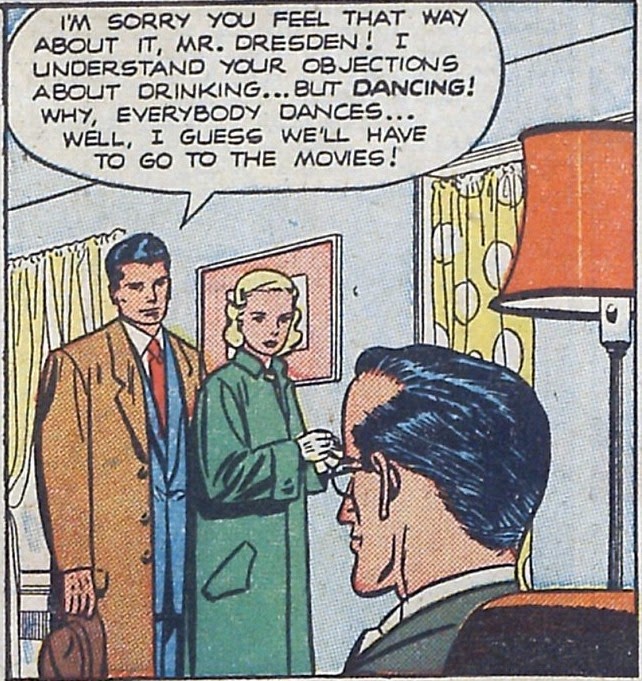 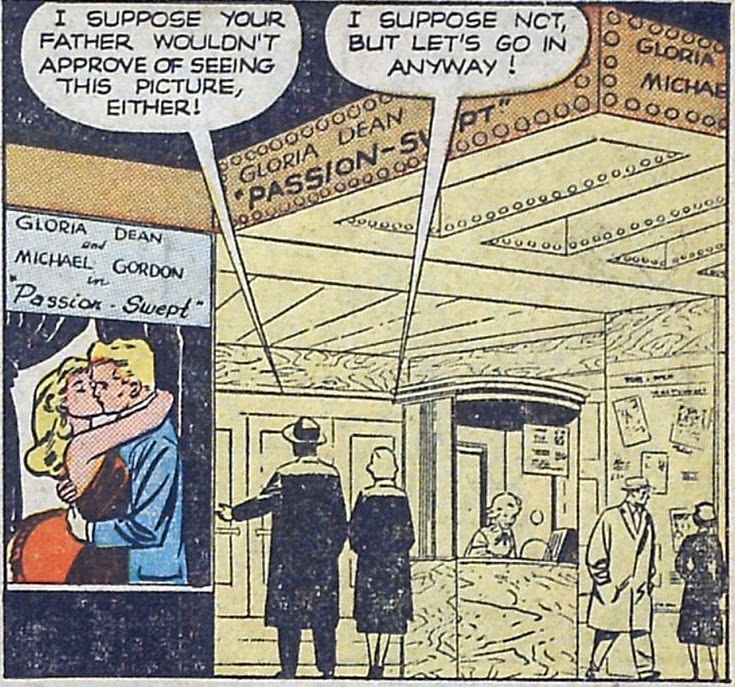 At that point, Cathy officially became a rebellious child.  Again... I am not joking. 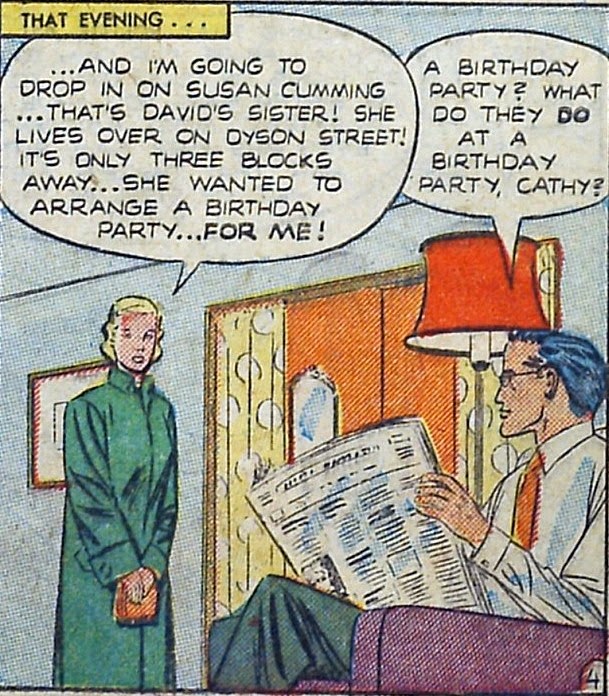 What do you mean, "What do they do at a birthday party?"?  It sounds like Mr. Dresden wasn't invited to too many social gatherings.  This may explain why he's determined to make sure no one has any fun of any kind ever. 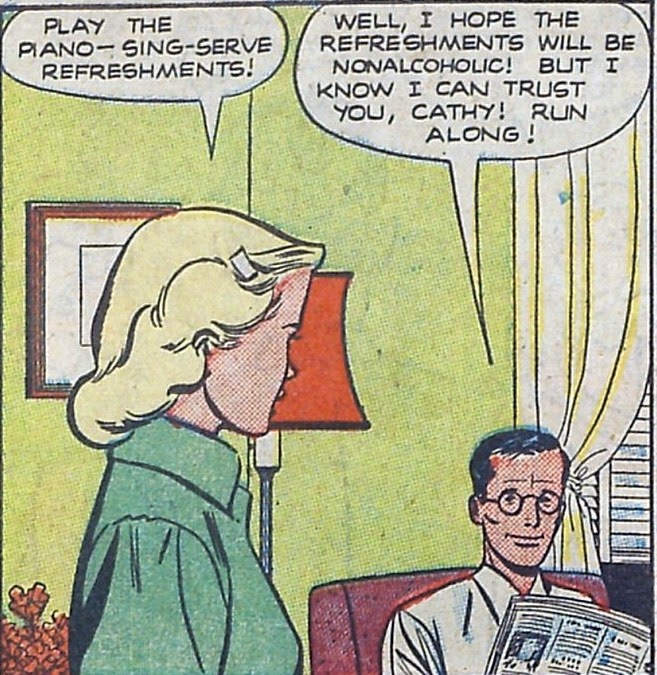 Well that was out of character.  For his lackadaisical parenting, Mr. Dresden would normally be called before the church elders and admonished to take his responsibilities as the patriarch of the family more seriously. 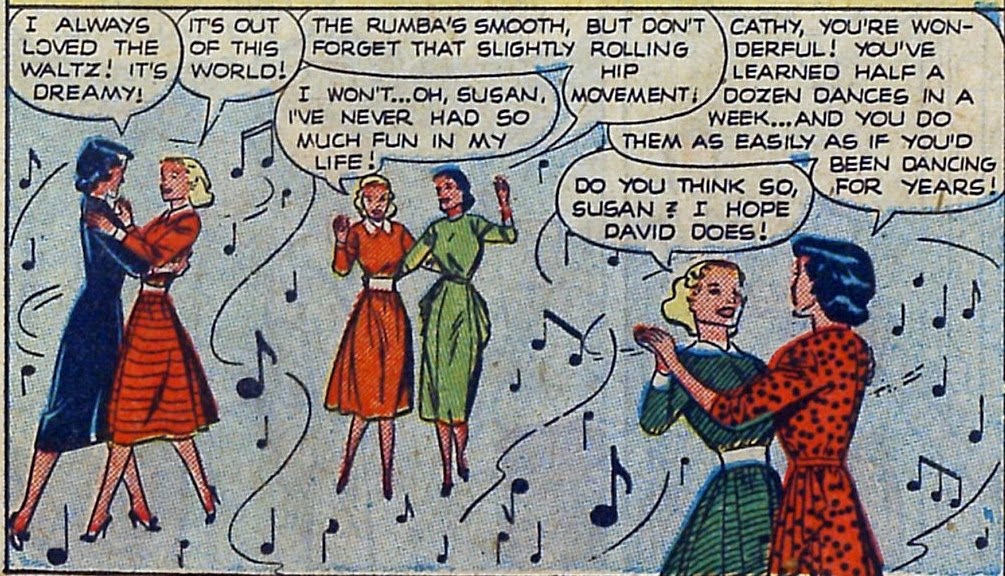 Well, okay... two girls dancing with each other would have been pretty unusual in the Midwest.  Ignore that. 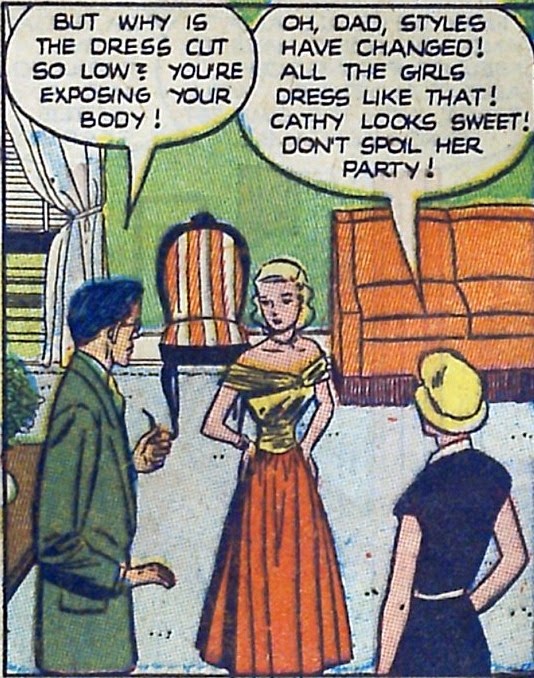 There we are.  Back to good old-fashioned American values!

But there's trouble when Cathy goes to the party and tries out her dancing with Daniel! 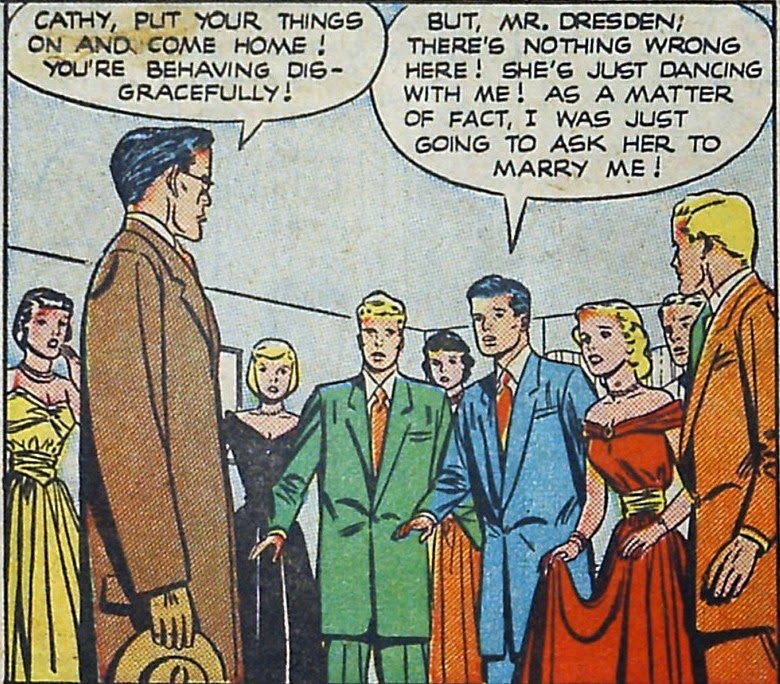 If you danced with my daughter, you're damned STRAIGHT you're going to marry her! 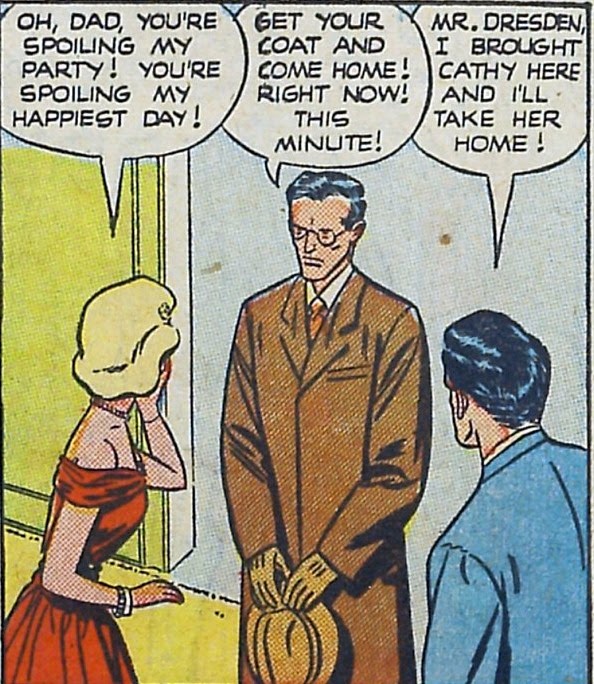 In Mr. Dresden's defense, the rumba does have that rolling hip movement Susan was telling Cathy about earlier. 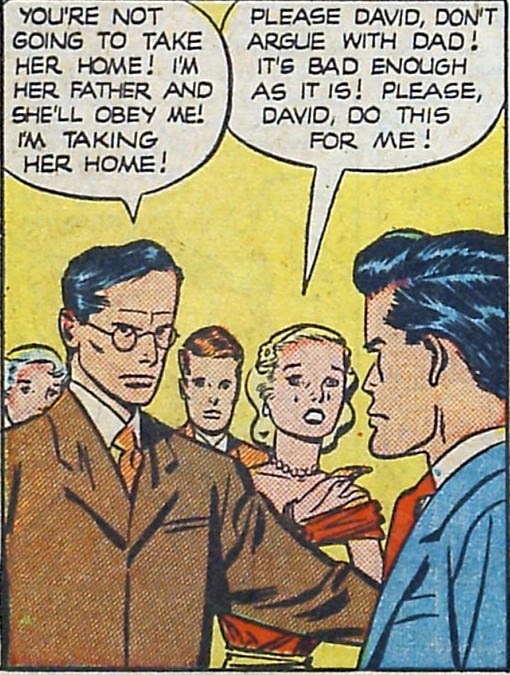 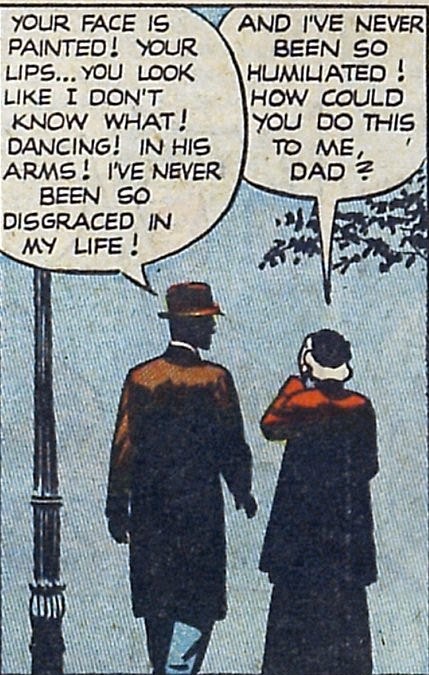 Keep in mind this was Cathy's 18th birthday party.  EIGHTEENTH.

But yeah, you see this kind of stuff in varying degrees in the Midwest a lot.  It can be a nice place to live, but a lot of people are, shall we say... a little rigid about tradition.  It's the old saw: Liberals think they have the market cornered on compassion, conservatives think they have the market cornered on a love of God and Country.  Both are wrong, of course, but hey... it's gotten us this far!

Hey, Adam! You know I'm Chicago born and bred, but I went to visit a writer friend who is a sheriff's deputy in Bureau County, near the Iowa state line. Reagan's hometown was a few miles away from his town, and he told me that half the calls he got were related to meth sellers or addicts (in many cases, parents sold the meth to their kids' friends), but the other half of the calls were "nuisance" calls. A man or woman might call and say they "just happened" to be looking out a window and saw a boy and a girl holding hands (!!!) as they walked down Pine Street or that some guy cursed out loud when his car died out.

A lot of people don't realize how bizarre a state Illinois can be, never mind our previous two Governors before the last election (one Dem, one Rep) were both serving jail sentences at the same time...

It's *incredible* what people will call the cops over. I see tons of disciplinary situations in schools where the police get called.

I'm doubtless a slow learner. It was only after reading Susan's comment about the "slightly rolling hip movement" that I fully understood Elvis' euphemism about banging his " 'head' against the steering wheel" when dancing the r(h)umba in a sports car.

HA! I wouldn't have gotten it either, Cfl!

Once again, there is a perfect set-up for some hot girl-on-girl action and nothing comes of it.

I guess that why the comic was called "Boy Meets Girl" and not "Girl Meets Girl", huh?

Unknown, by these folks' definition, you probably saw what constituted girl-on-girl action.