It's a Happenin' Scene Friday! 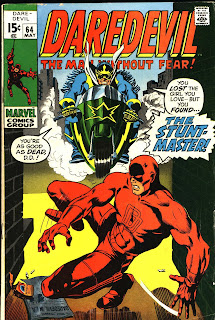 Is it just me, or does it look like Stunt Master just interrupted Daredevil's smoke break? 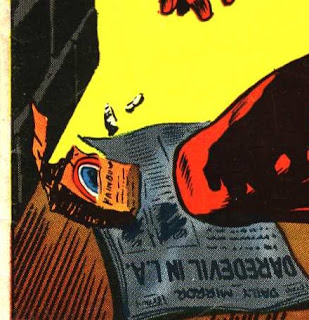 See? Apparently, DD was having a smoke and reading the paper. No wonder he looks so edgy and cheesed off. I've interrupted people on their smoke breaks before, and it ain't pretty. 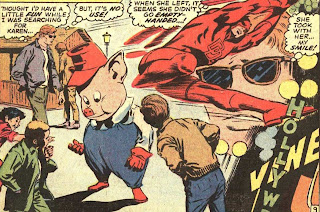 Oh, eeesh. As nauseating as Matt's soliloquy is, the drug deal taking place with the giant pig is the only thing getting me through it. I don't think we see enough drug transactions with giant farm animals in comics, do you? 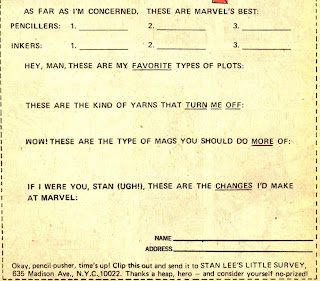 Hey! Stan Lee wants my opinion! Of course, with message boards and blogs being as plentiful as they are, he could probably live with a little less reader input these days. Then again, sending this back to Marvel Comics even back in the day was probably about as productive as sending a written prayer request to a television evangelist.

I love how Stan then insults his readers after they're done surveying with "pencil-pusher." You can blame Stan the Man himself for the bureaucracy explosion of the 1970s.