I tried to watch Game of Thrones for the first time ever last night.  Gross.  I didn't make it past the first twenty minutes of the first episode.  I don't like supernatural stuff.  Reality is frightening enough.

So, let's check out Golden Age Captain America #40, which had this guy: 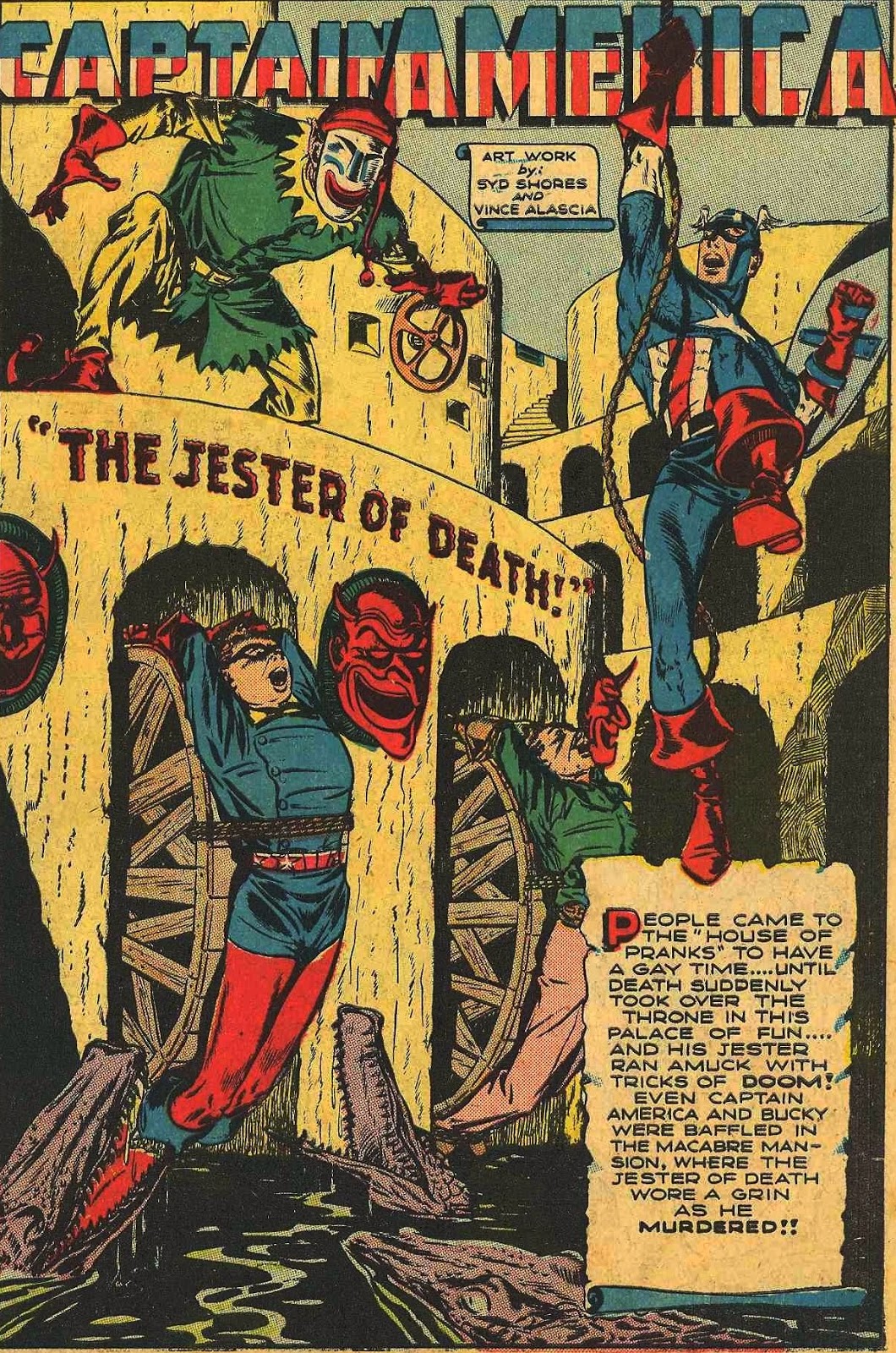 The Jester of Death, not to be confused with "The Jester," a hero who first appeared in Smash Comics a few years earlier (and still occasionally pops up in the DC Universe) or the Joker.  Although it would be very easy to confuse him with the Joker, because he certainly seems to be a watered-down version of him.

Then again, if you judge a person by their enemies, he's probably all Captain America could handle.  I mean, look at how stupid people were back in the day: 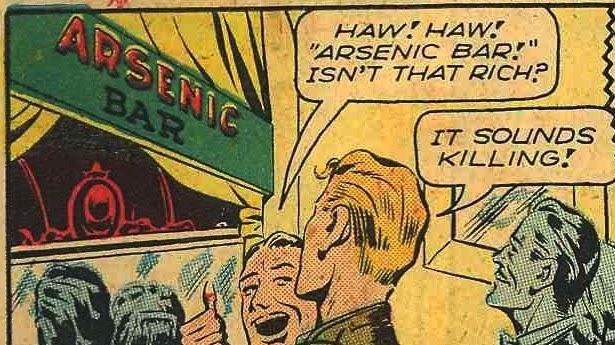 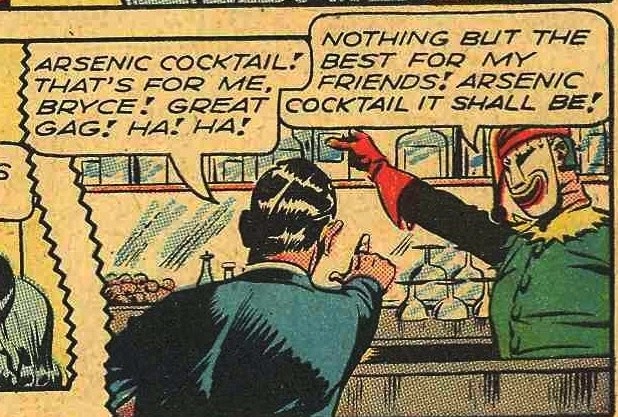 To be fair, the scene is at a party at a "House of Pranks," so folks can be forgiven if they think it's all a gag. 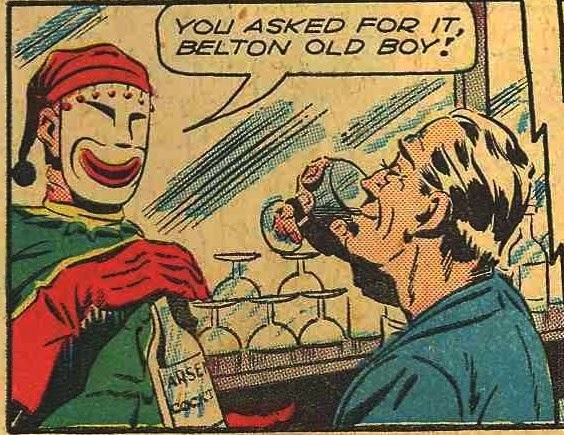 I dunno... when someone reminds me "I asked for it," I start getting suspicious.  I've probably seen too many Looney Toons, but you just want to reverse your course of conduct if someone is about to do something to you while reminding you that you asked them to do it. 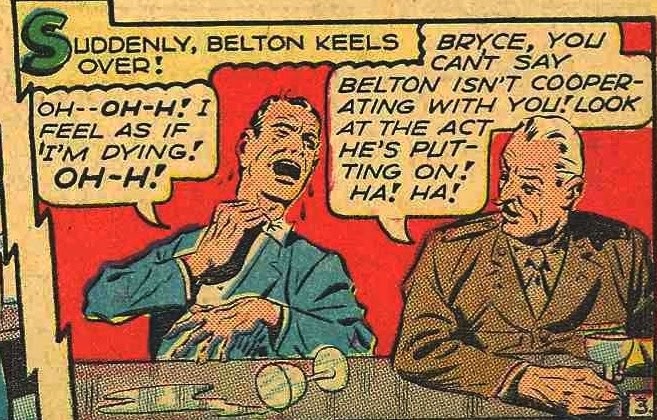 And again... considering the circumstances, I can see why folks just thought it was for laughs. 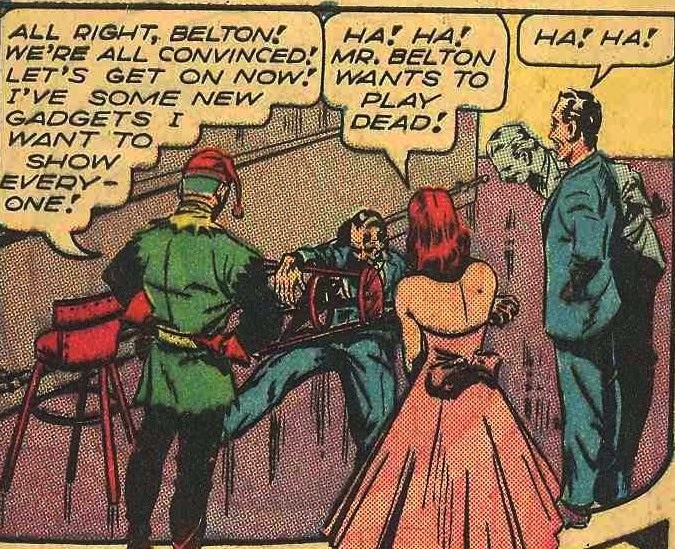 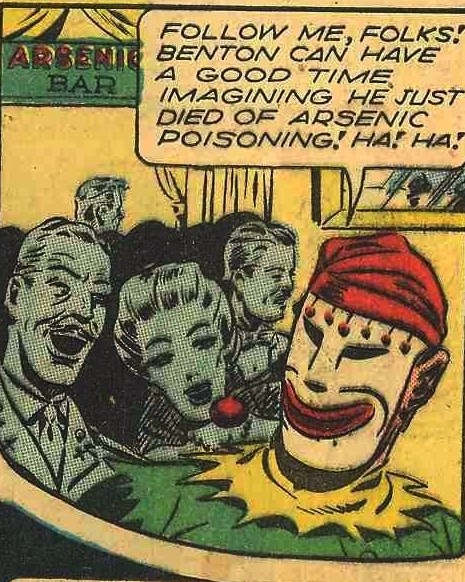 Okay, at that point, someone should be checking Belton's vitals.

Yeah, Sherlock.  Try to keep up.

And then other people die because they're too gullible to recognize obvious danger when they see it.  I'll spare you the details.

And after the big reveal, I'm only left with one question: 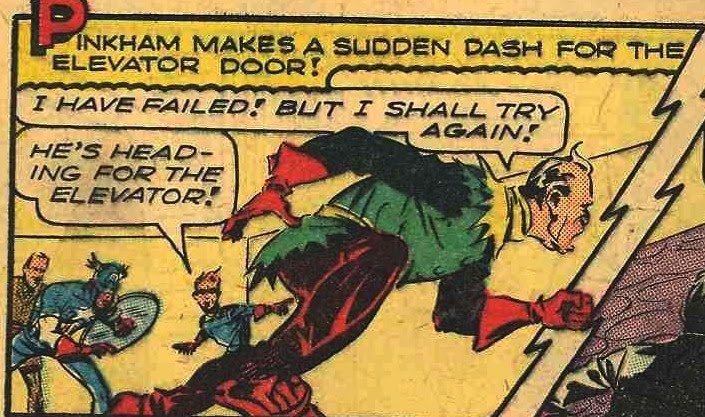 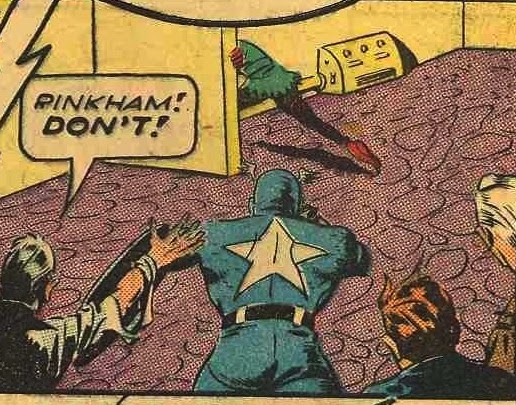 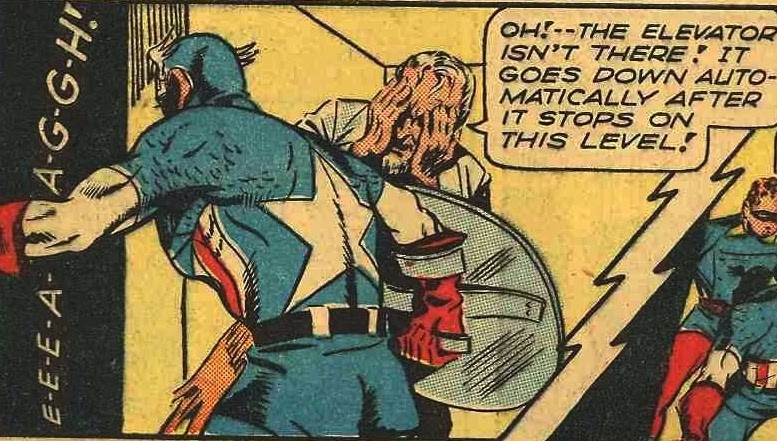 WHO DESIGNS ELEVATOR DOORS TO OPEN WHEN THE ELEVATOR ISN'T THERE?

Eeesh.  But we still won the war, and that's what really counts.

*Dies at the end of his first appearance? Check

I know, right? Especially the Joker of that era.