Batman vs. Clocks and Moths

Early warning: Next week is a holiday week, so let's get some giggles while we can.  Today, it's courtesy of Batman #141: 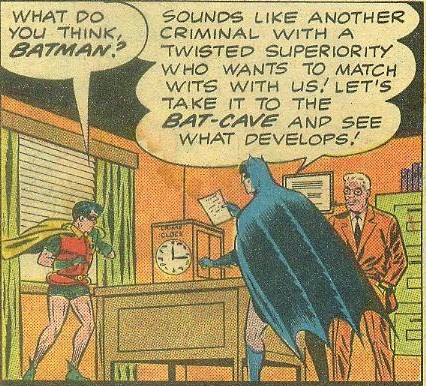 "Take it back to the Bat-cave and see what develops"? 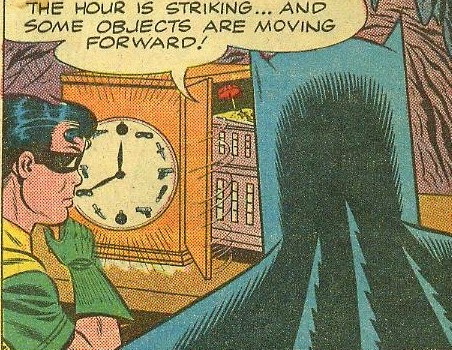 Maybe I'm oversimplifying things, but why didn't they just move the hands of the clock and "see what developed" a whole lot sooner?  My grandmother had a cuckoo clock and we'd get her to move the hands forward on that thing all the time so we could see the cuckoo.  It's a pretty sad day when Batman would rather sit around and look at a clock and wait for a clue to be handed to him than to actually show some initiative.

Not that the crooks were any smarter: 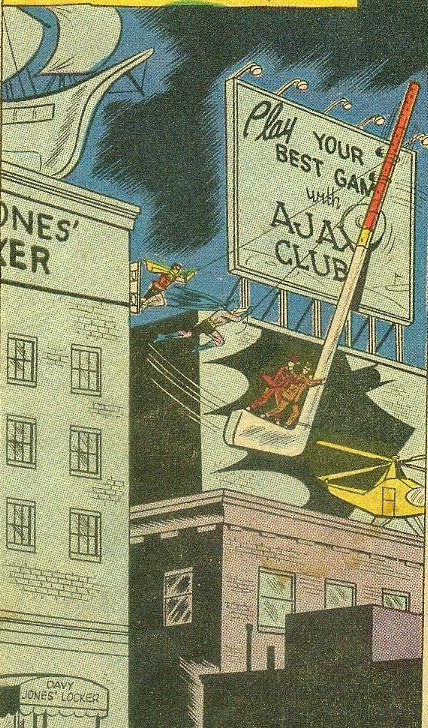 A small helicopter as a getaway vehicle is pretty dang smart... but you probably shouldn't park it right next to the giant swinging golf club.

Oh, and if you're wanting to see the Clockmaster, here you go: 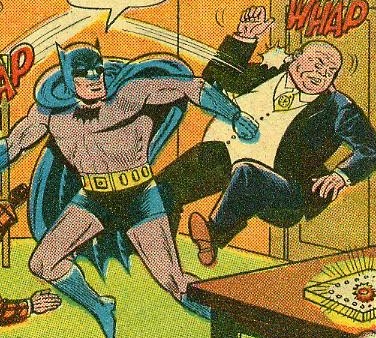 Get a good look, because that was his only appearance.  Kind of like the Moth: 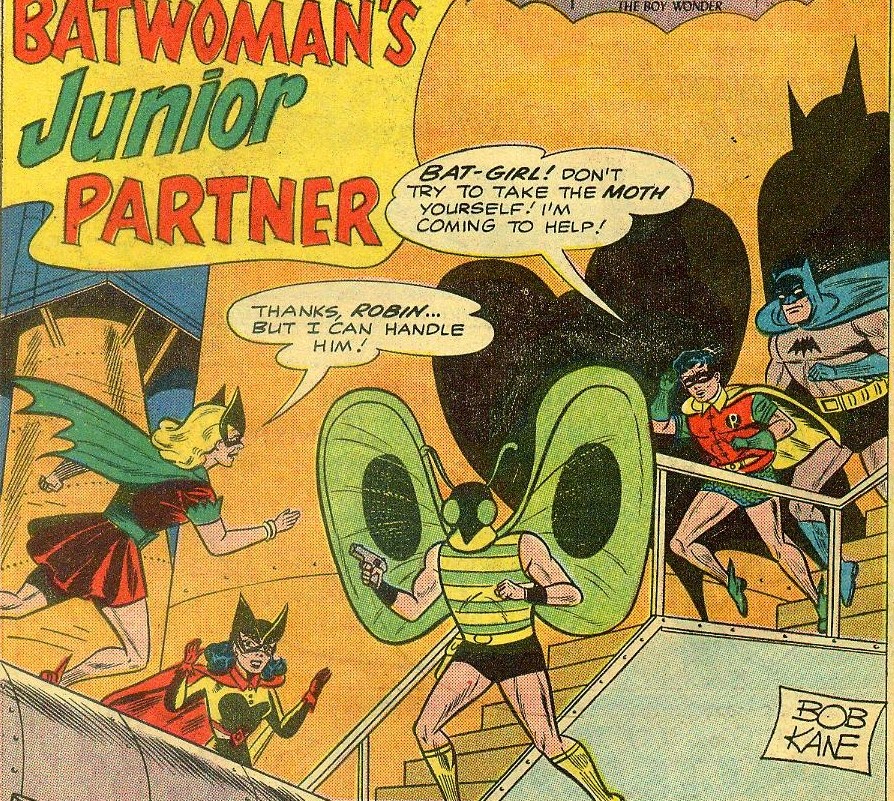 Looking at this guy, I think that four heroes jumping him is overkill.  No, this isn't the same Killer Moth who would later appear.  This guy is just "The Moth."  And you know how dangerous moths are... if you're made entirely of wool. 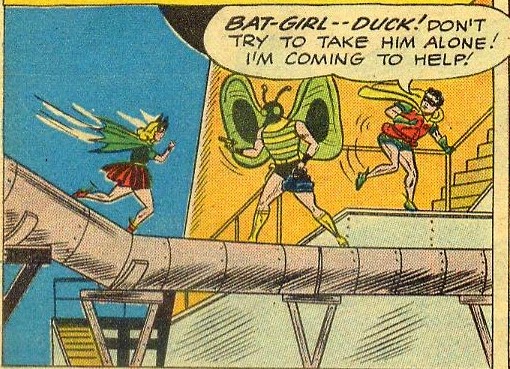 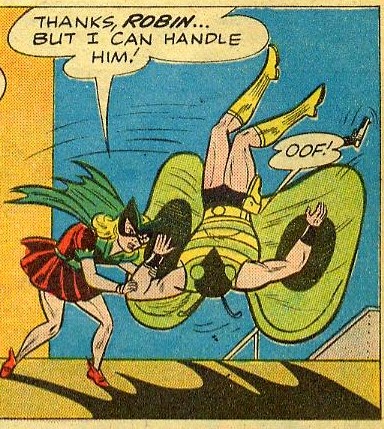 Not surprising, but pretty disgraceful. If you get taken out by the original Batgirl, you're going to be the laughing stock of Blackgate Prison.  Count on it.

And that costume is ridiculous.  Off to the Costume Hall of Shame (tm!) with you, The Moth!