CMNS is a relationship of sorts.  I put stuff online and presume that you're someone who has probably been following for a while (or at least reads all the old posts to catch up with all of our inside jokes).  So, I feel at liberty to point out things and know that you'll understand my thought process.

For example, here's a bit of trivia from Batman #138.  You're getting in on the ground floor here, and it's important that you take note because I'll be referring back to it often.

What am I talking about?  Well, just watch it happen: 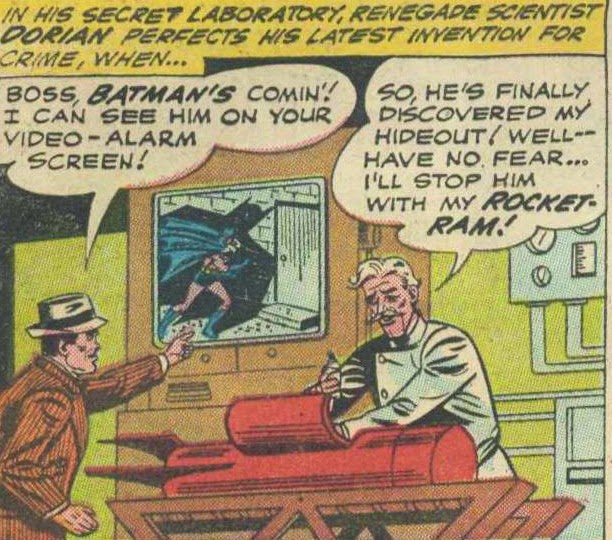 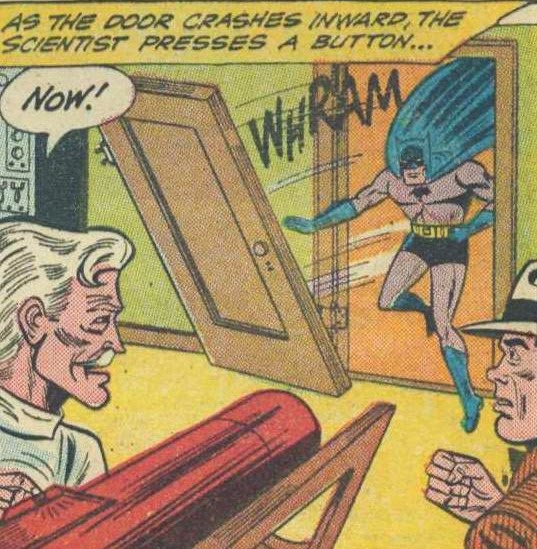 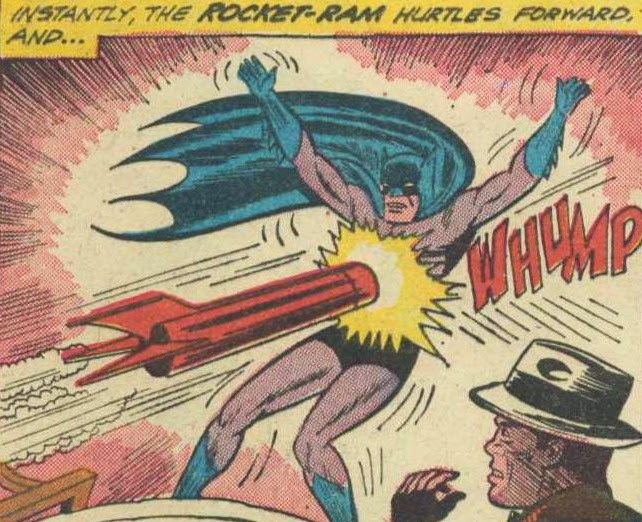 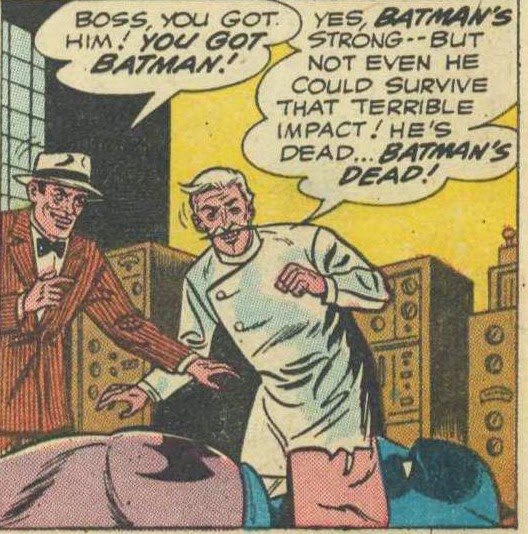 What's the solution?  Isn't it obvious? 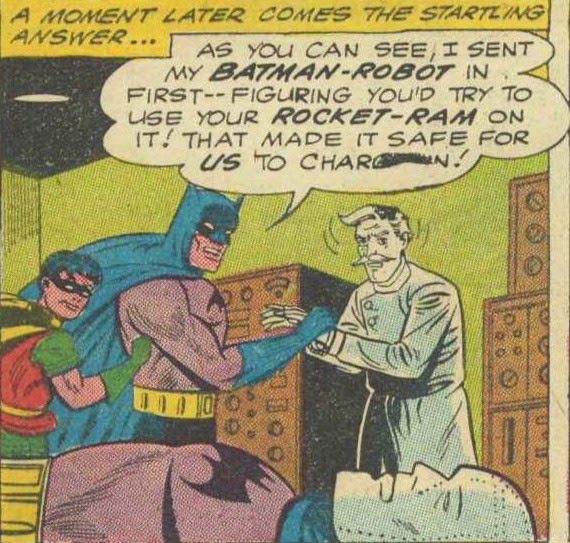 Batman has a fully-functioning robot! (tm!)

I want to remember this, because I'm going to be referring to this little bit of information often from this day forward.

But I'm not sure any of us can forget this: Yes, I'm afraid Simple Simon is indeed a Batman villain.  Whether we like it or not, he's part of Batman lore so the sooner we swallow that bitter little pill, the quicker we can move on. 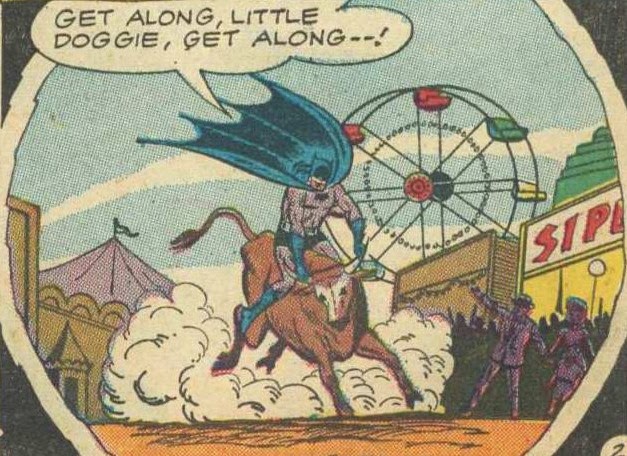 That was the highlight.  Yes, Batman riding a bull is the highlight of the story.  Because you're only as good as your enemies, my friends. 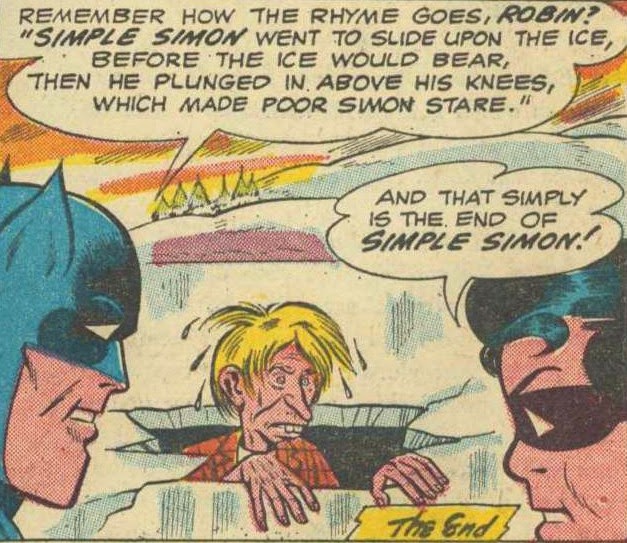 Wow.  Just... wow.  That wasn't even fun.  It's just a poorly-dressed man who decided to be as predictable as possible by planning his crimes around easily-researched nursery rhymes.  And, all things considered, you'd think he would have avoided ice at all costs.

Maybe he was hoping to get caught so he could get free dental work in prison.  I don't know, I'm trying to make this work somehow.  It's not happening.

The Fully Functioning Batman Robot reminds me of Batman Incorporated. That was cool.

And I don't know about anyone else, but i've never even heard of Simple Simon. Nursery Rhymes always makes me feel confused in comics.

Tweedledee and Tweedledum, anyone?

Simple Simon met a pieman,
Going to the fair;
Says Simple Simon to the pieman,
Let me taste your ware.

Simple Simon went a-fishing,
For to catch a whale;
All the water he had got,
Was in his mother's pail.

Simple Simon went to look
If plums grew on a thistle;
He pricked his fingers very much,
Which made poor Simon whistle.

The more observant will note there is no mention of ice or of dental work, for that matter.