Penny and Don and Edith and Lew... and the Comics Make No Sense Dancers! (tm!)

Because NO ONE demanded it, we have the rest of my Boy Meets Girl Comics #3.  Let's check in on Penny and Don.: 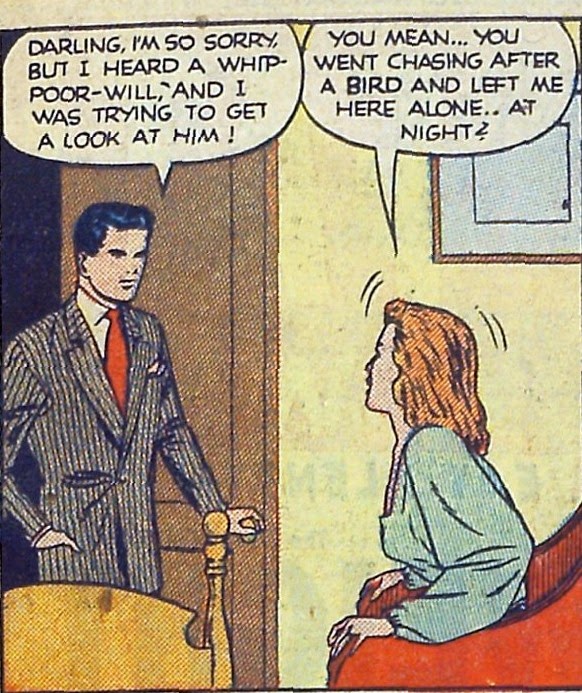 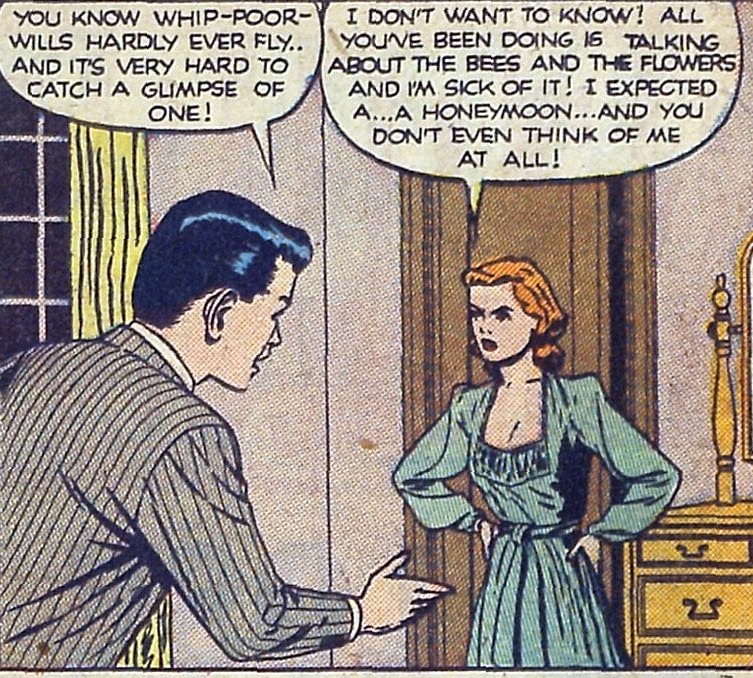 Oh, did I mention this is a true story and they are on their honeymoon? 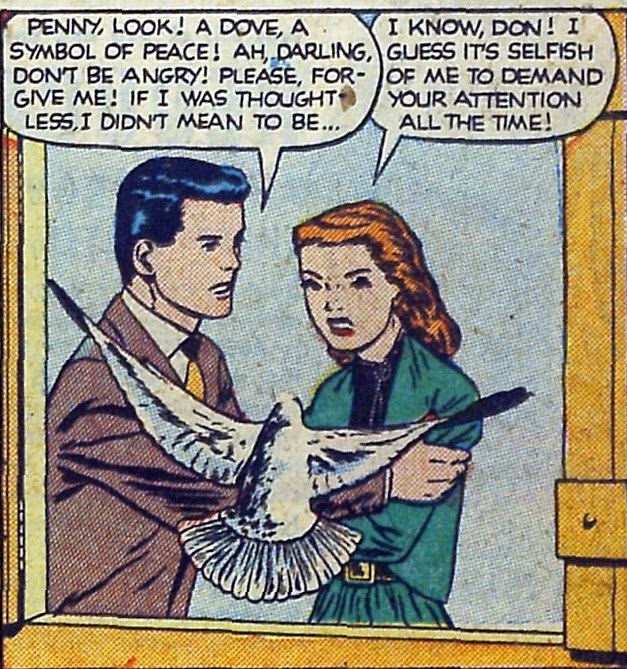 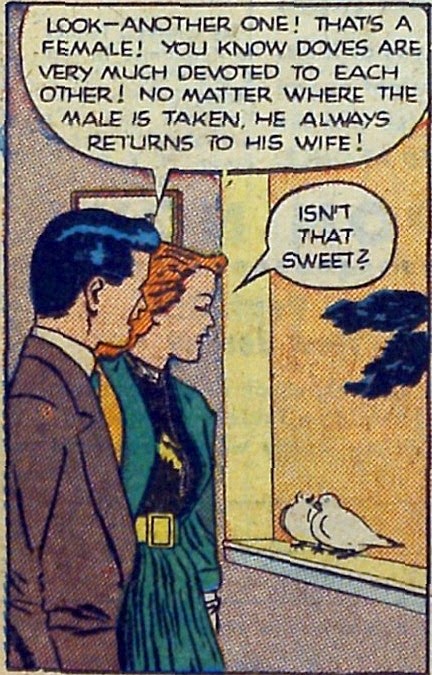 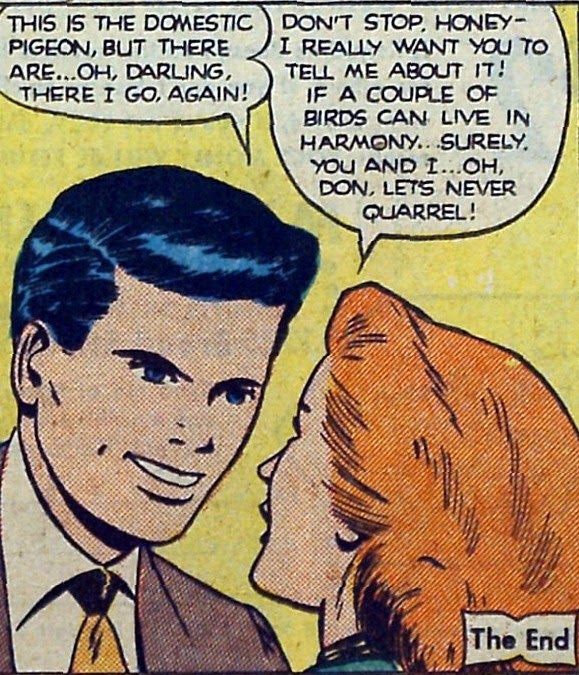 Wow.  I wonder how long that marriage lasted?  I suspect Penny finally went off the deep end and served Don roasted whip-poor-will one Thanksgiving.

Hey!  It's time for the Comics Make No Sense Dancers (tm!) 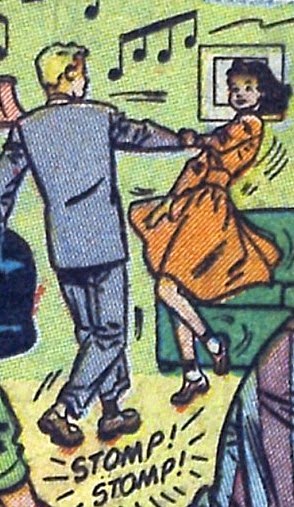 That was great, kids!  We'll see more of them, for sure!

Hey, let's check in on Edith and Lew!

But Lew has a dark side: 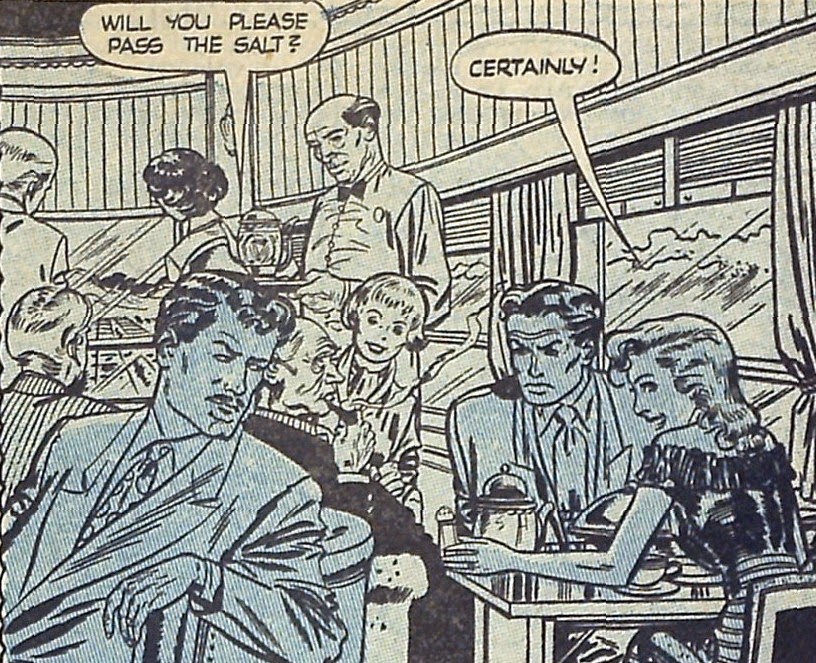 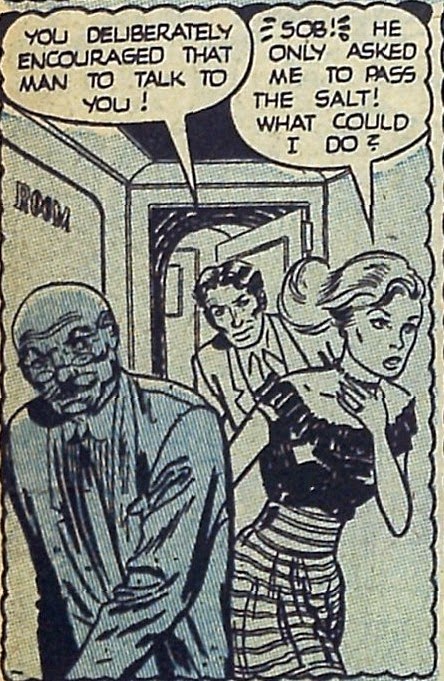 In Lew's defense, she had no business smiling like that when she gave him the salt, especially after Lew gave her a whole truckload of flowers.

Hey!  Here's a romance quiz for you: 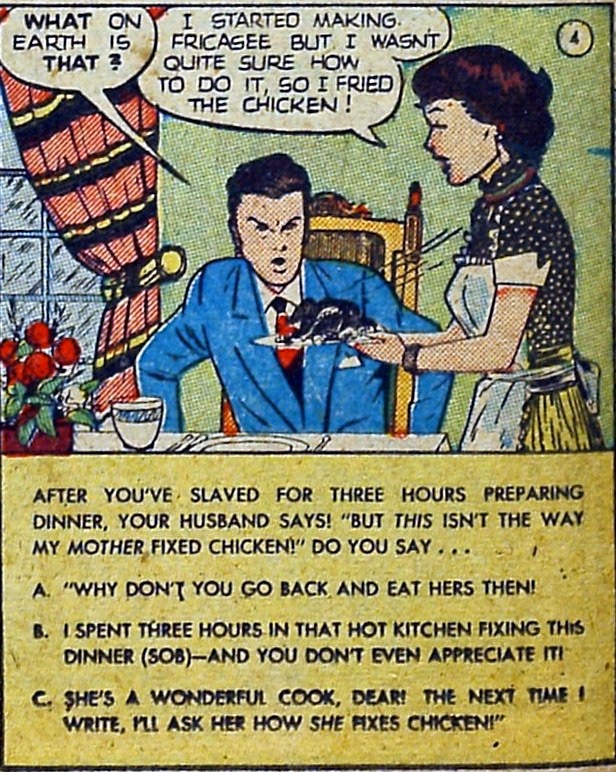 I'm not sure what the right answer is!  I'm going with (A) because it's direct.  (B) is all passive-aggressive and .... well, so is (C), depending on the tone of voice she uses.

Hey!  Remember we were talking about the "Approved by the Comics Code" thing on the cover of this title?  Here's the explanation: 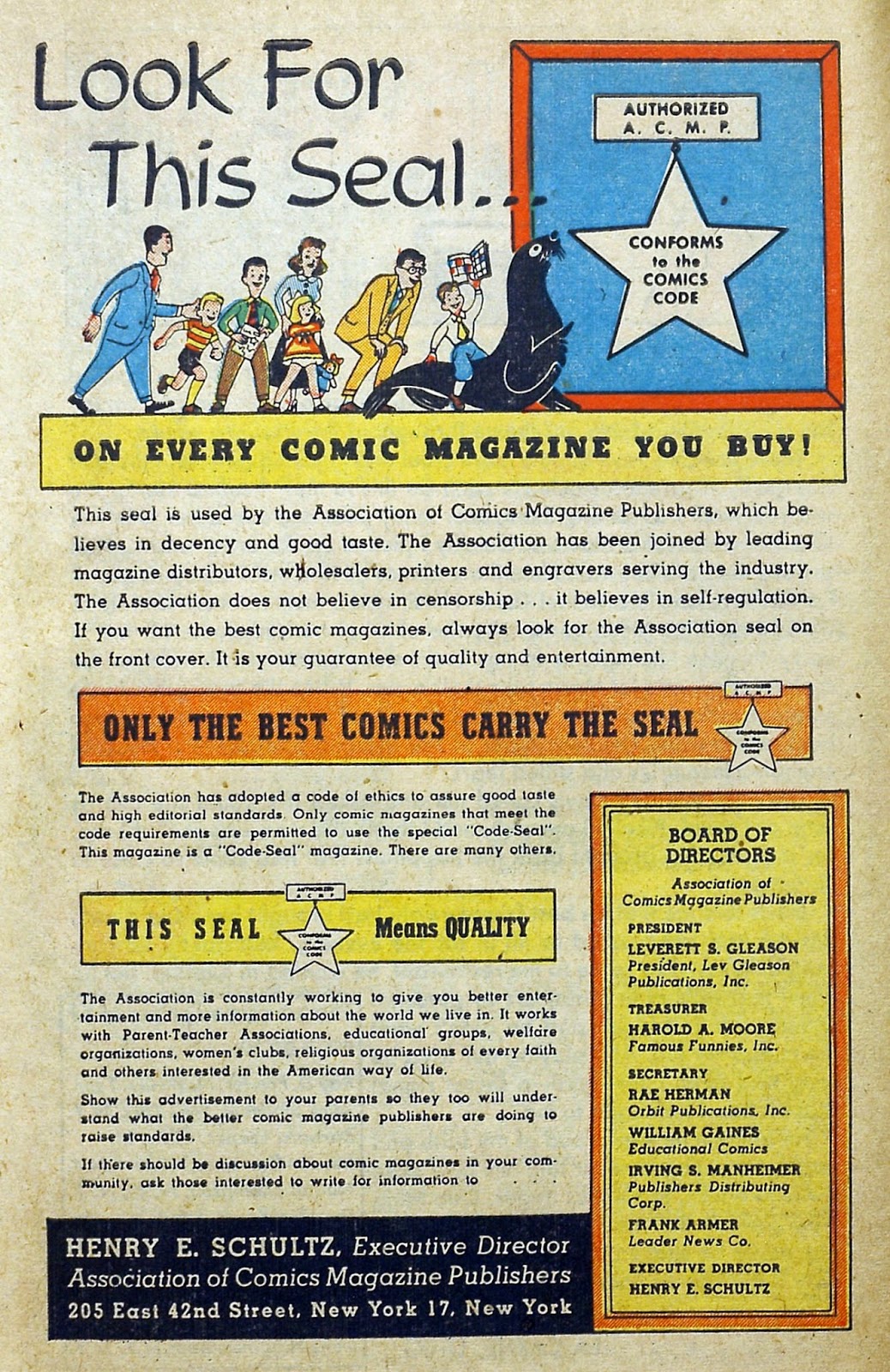 Hmmmmm.... so it's actually approved by a Comics Code.... not the Comics Code.  Those sly romance comics people.

I'm pretty sure something in the line of the first story happened to Hank Williams. Wind up the Victrola, put the 78 on the platter and listen:
"Hear that lonesome whip-poor-will?
He sounds too blue to fly..."

The only name I recognize on the Code Board is William Gaines. "Educational Comics" must have been his day job when starting up Mad Magazine!

THAT would be hilarious if it was the same guy. I wonder if we can confirm that?

Checked Wikipedia and it gets better.
Gaines' father started Educational Comics to tell bible stories. He shortened the name to EC Comics and started telling other tales...like Tales from the Crypt and others that drove the CCAA nuts!
Guess he was off the board by then....

HA! That's AWESOME! Thanks for the legwork, Railbus!