Beloved experienced her first cross-over, courtesy of the Flash / Arrow event on the CW.  Beloved is embracing her inner nerd: She has decided that she prefers DC to Marvel because they make better television shows (for the most part: Constantine is still on our no-watch list because THOU SHALT NOT BE DISTURBING TO BELOVED!).  She understands Marvel makes the movies, and while she likes those, she just can't keep up with the characters the same way she can with a weekly series.  I have trained her well.  Can you believe she was part of the cool kids in high school?  I've certainly taken care of that.

Here's a funny Saga in Three Panels (tm!) courtesy of Contributor Robert Gillis, from The New Adventures of Superboy #8 and 32: 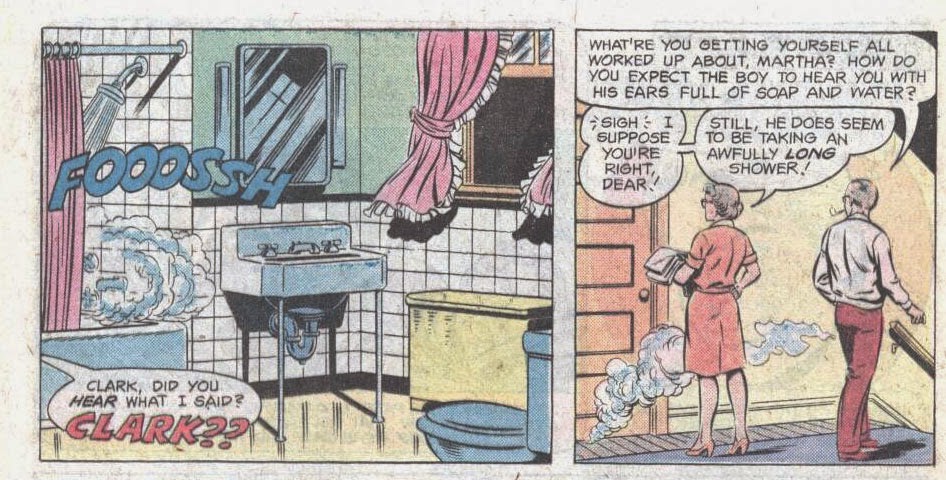 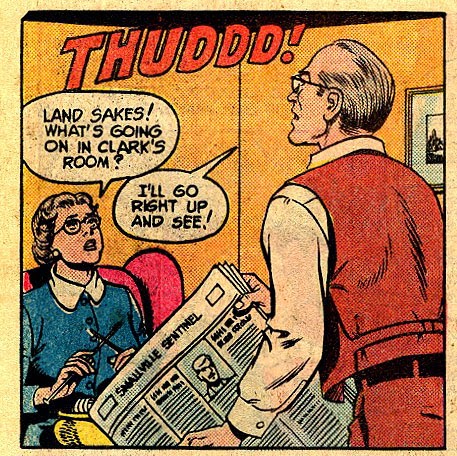 Don't do it, Pa Kent!  You have a teenage boy in your home.  Do not ever enter a bathroom or bedroom of said teenage boy lest you walk in on something you can't just walk out of.  I acknowledge that's a rather loud noise, but... well... at least wait half an hour before you go trotting in that direction. 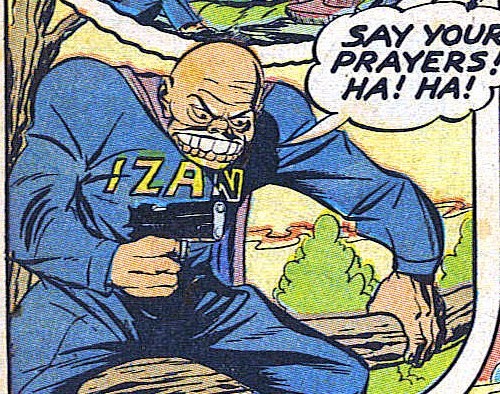 Don't you love it when characters run around with their names written right on them like henchmen in the Adam West version of Batman?  What I don't understand is why the guest villain, who we may not ever see again, gets drawn with a reasonable amount of care while the title character show up like this: 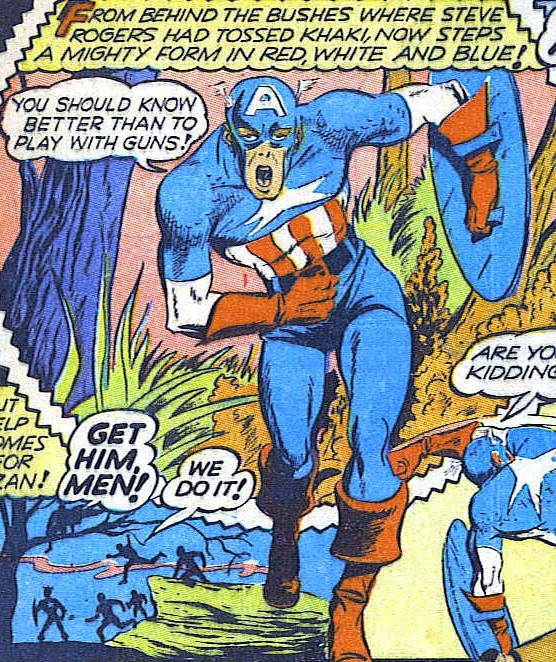 Wow.  I'm not saying I can draw, but... what is THAT?  I'm not sure they got the nationality right and I'd swear he's wearing a corset.

Moving on to my favorite sound effect: 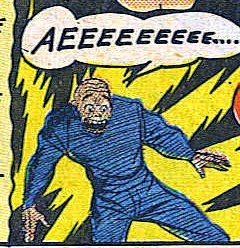 Yeah!  I love a good AEEEEEEEEE!  I like to put an "i" in there, like AIIIEEEEEEEEE!  But there's really no wrong way to do it.

And then there was this: 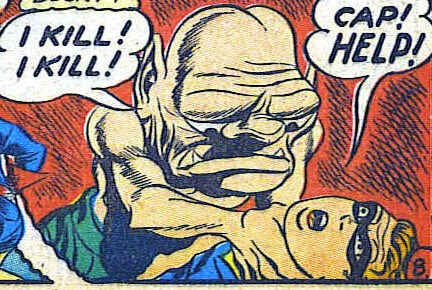 What do you have to say about all that, Jimmy? 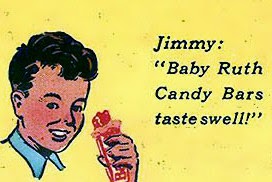 That's all well and good, but I swear to you that the ad gives you no clue as to why we should care about Jimmy's preference in commercial confections.  He's just Jimmy, and Jimmy's a boy who loves him some Baby Ruth candy bars, and that's good enough for the likes of you.

Wow, we were random today.

That Cap's better than Rob Liefeld's.

Kind of looks like Cap has a touch of the palsy there.