Superman's Rogues Gallery: A Pictorial History of Why His Stories are So Boring 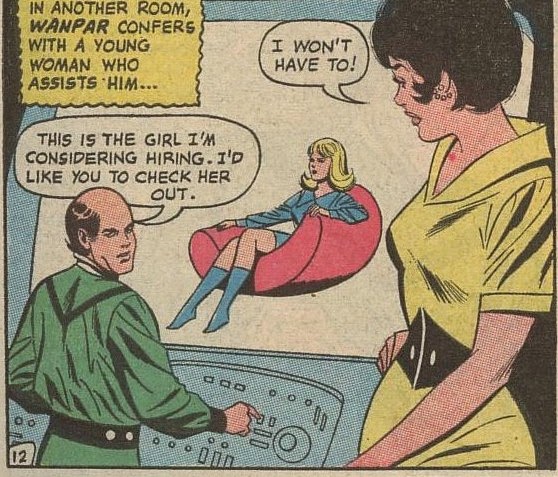 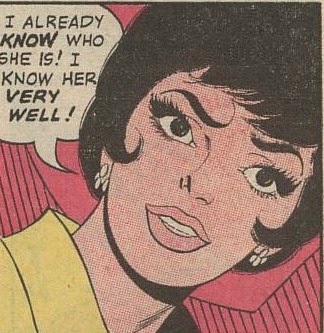 And if you thought that sounded suggestive... well, you're certainly at the right site.

Superman stories have probably improved over the years, but this was the state of things around the time I was first exposed to the character: 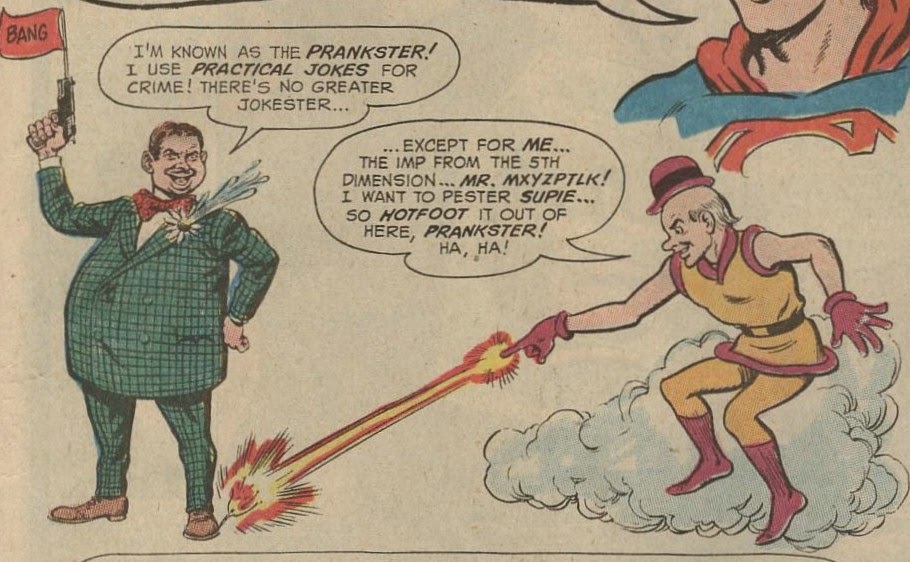 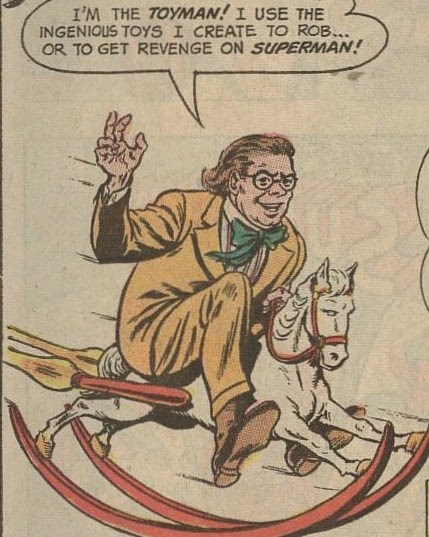 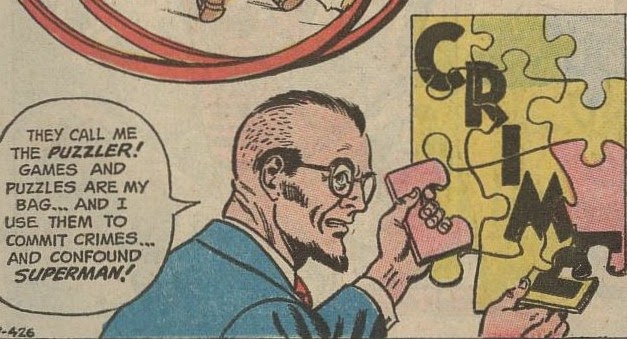 See?  That's the same villain in four different skins.  Granted, Mr. Mxyzptlk is more fun, what the magic element and all, but the idea was pretty much the same: Superman either fought evil geniuses or people who were trying to raise obnoxiousness to new heights.

And the Puzzler is a total Riddler rip-off.  If you need further evidence, check out how they shoehorned a version of the Puzzler as a Riddler substitute in the Batman 1966 tv series:

Frank Gorshin was the Riddler.  No one else has even come close. 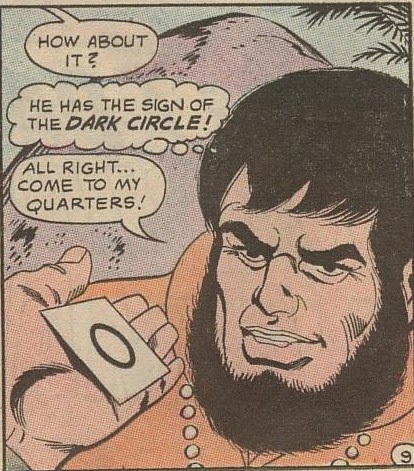 You know, I think "the Sign of the Dark Circle" should probably be a bit more ornate if it's being used as a passcode.  I mean, it's a circle.  I'm no Riddler, or Puzzler even, but I think I could crack that code.  Not that other organizations have always done better.

I hate to break it to you, but the Puzzler actually predates the Riddler: debuting in 1942 while the Riddler didn't appear till 1948.

But no argument about Gorshin's brilliance.

Puzzler still sucks, but you're absolutely correct in that he came first.