Superman, Satan, Matter-Eater Lad and the Return of The Mummy WHO WAS NOT DEAD!

Starting the week with a very familiar theme... 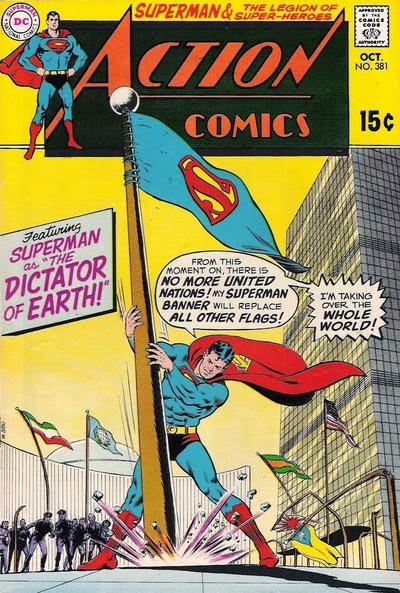 Why is Superman so popular?  His stories are dull, he's too powerful, he doesn't have many interesting foes... 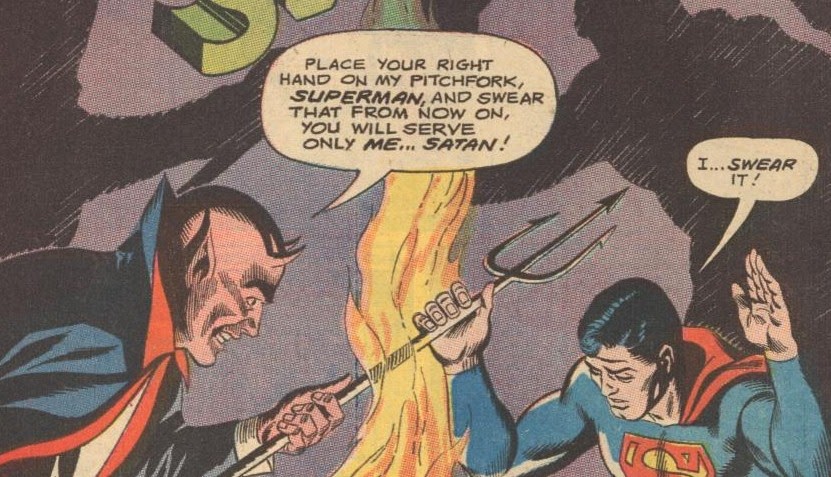 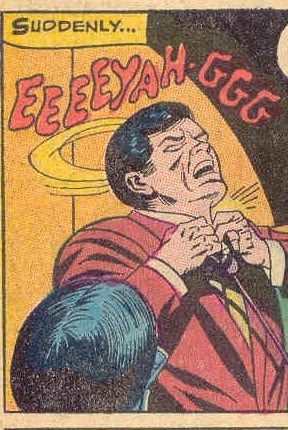 I had never really put the two together, but I think that Supergirl and the Legion of Super-Heroes changed comics.  Supergirl headed over to Adventure Comics and the Legion took the backup feature slot that had been occupied by Supergirl.

This was a pleasant surprise, because I had never read these Legion stories before.  Action #381, for example, had a great story about Matter-Eater Lad.  It turns out his father was a drunk gambler and his mother was useless, so he was supporting them on his Legion pay.  It's the "sponge off a relative's success" method of existing that explains the reason why Jim Belushi has an acting career.

So, check it out.  M-E Lad takes Shrinking Violet out on a date because she misses her boyfriend, Duplicate Boy, and he's got family dysfunction.

First, never take out a girl who is sad because she misses her boyfriend, Duplicate Boy.  Any comic book nerd who is the most casual Legion fan will tell that's a bad idea.  His sole existence as a character seems to be to show up and beat on whoever Violet is talking to.  He's kind of like Big Moose and Midge. 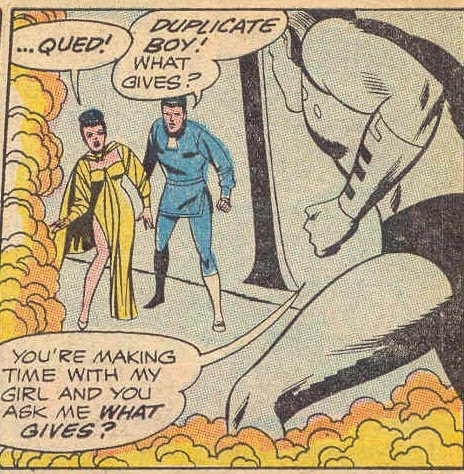 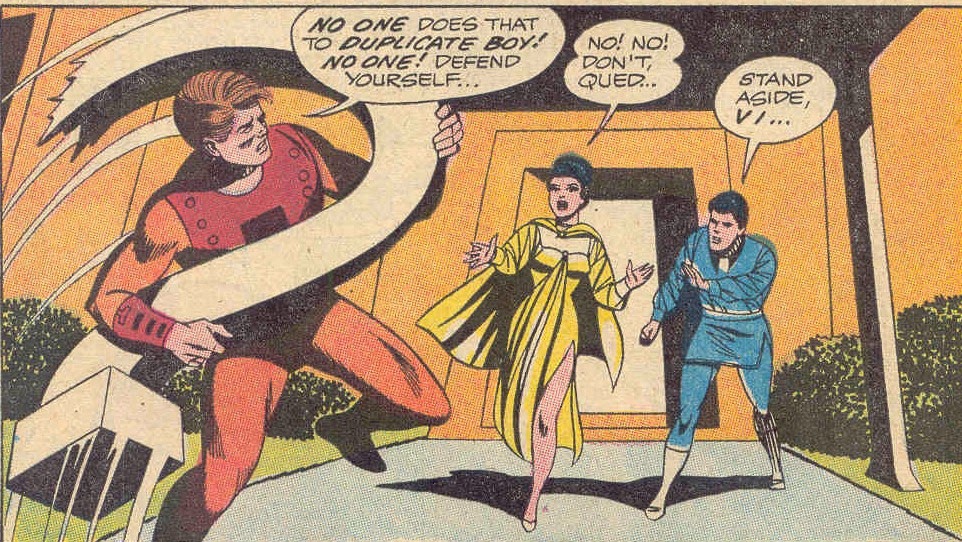 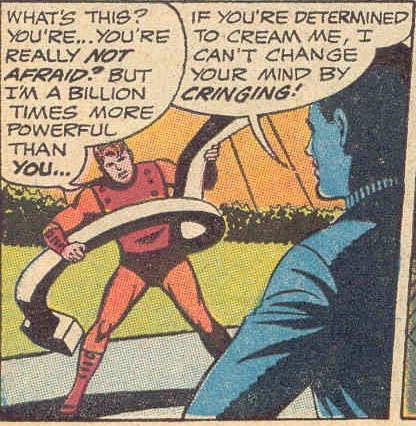 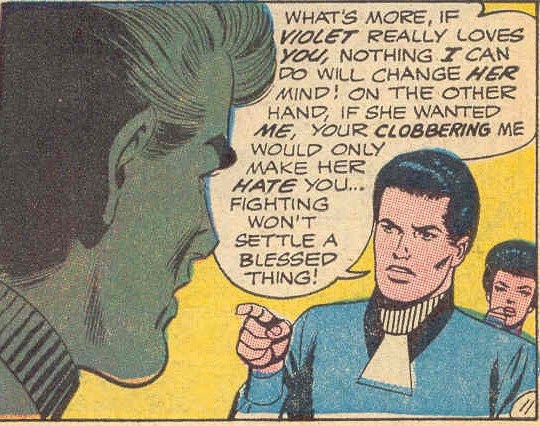 Isn't that brilliant?  And it worked.  There was no getting around that logic.

It was particularly noteworthy because remember what happened to Matter-Eater Lad?  He was drafted into government.... and now I see why!

Well, until he went insane eating the Miracle Machine, but that was Brainiac 5's fault.  Long story.

Hey!  Remember last week when I was talking about "The Mummy WHO WASN'T DEAD" in Golden Age Blue Beetle?  Well, I was reading the 2nd volume of Booster Gold #3, and check it out: 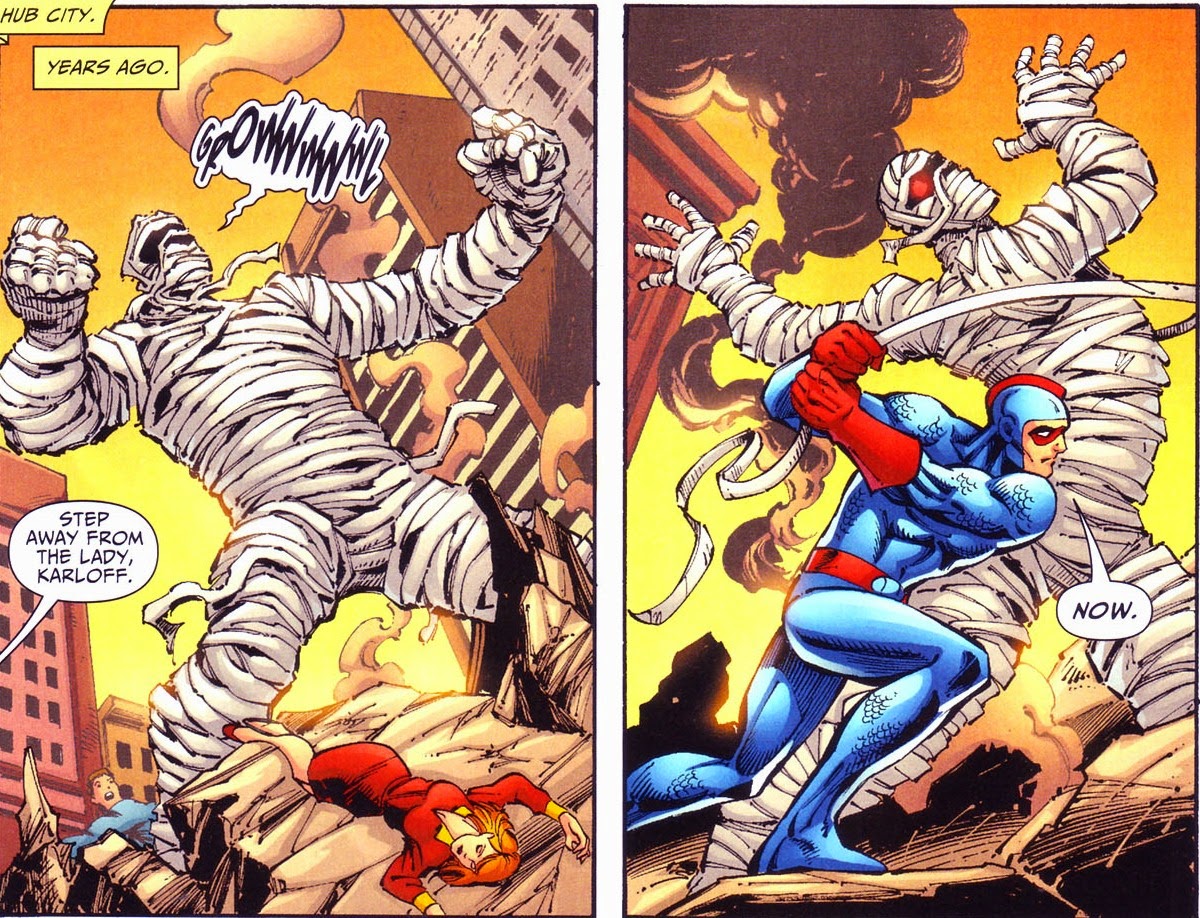 How cool is that?  The 2nd volume of Booster Gold is great reading for comic nerds, by the way.