Well, here's something I hadn't seen in decades: 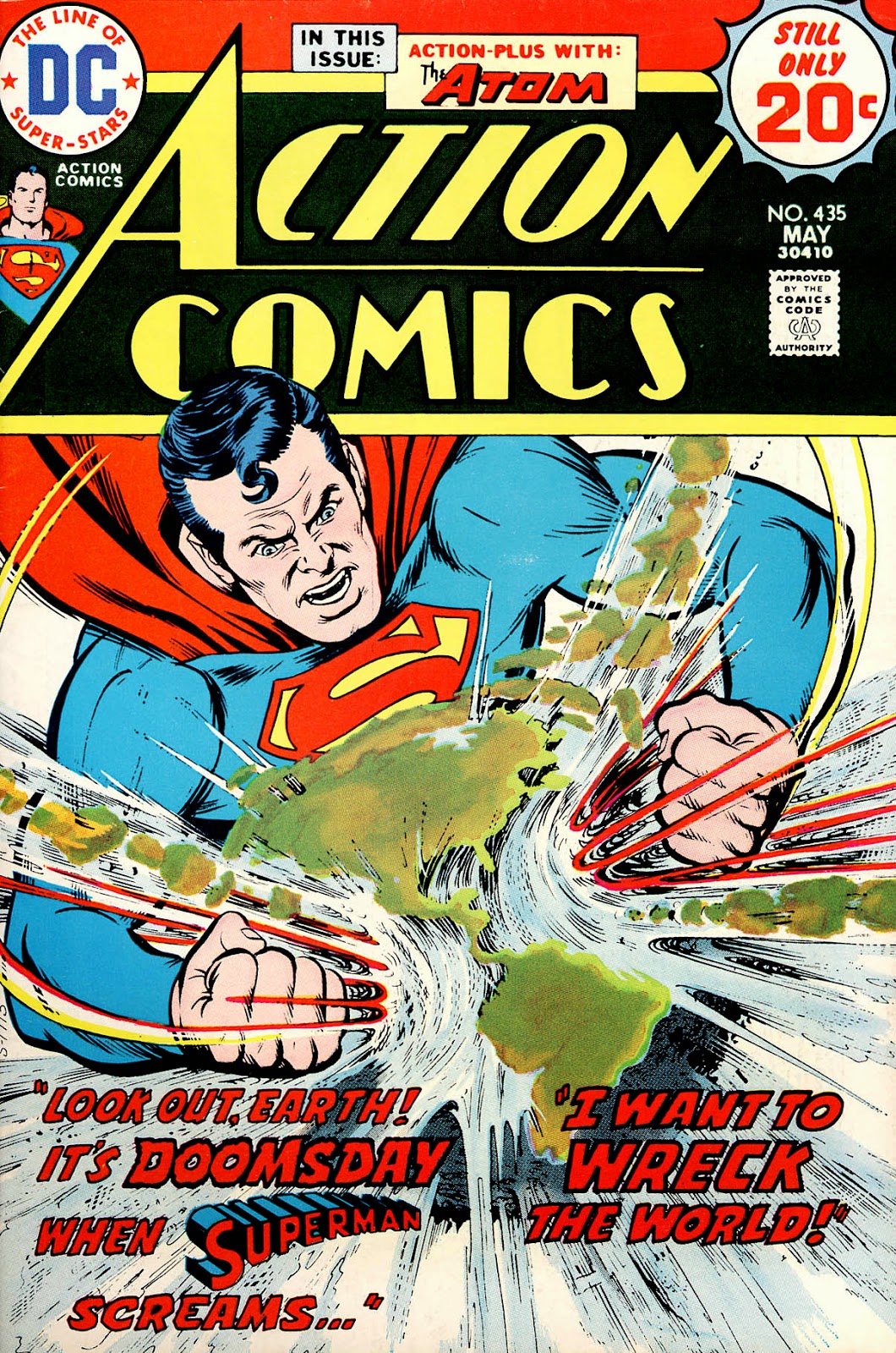 This was my very first exposure to Superman.  When I re-read the comic, it became apparent to me why I preferred Captain Marvel to Supes: Cap was saving the town from drowning in cherry gelatin, while Superman was being mind-controlled and coming up with various ways of creating natural disasters.  My 5 year-old brain knew what it wanted.

Anyway, there was nothing funny in there, but I certainly remember that cover.  And Superman got a lot of toothaches in that story.  And the Atom story had a guy that abused prescription drugs, but I was way too young to understand what that was all about.

Now, had I seen Action #431, my opinion of Superman might be quite different today: 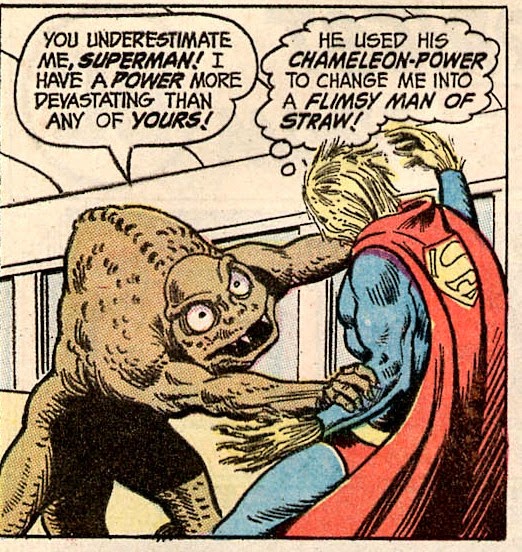 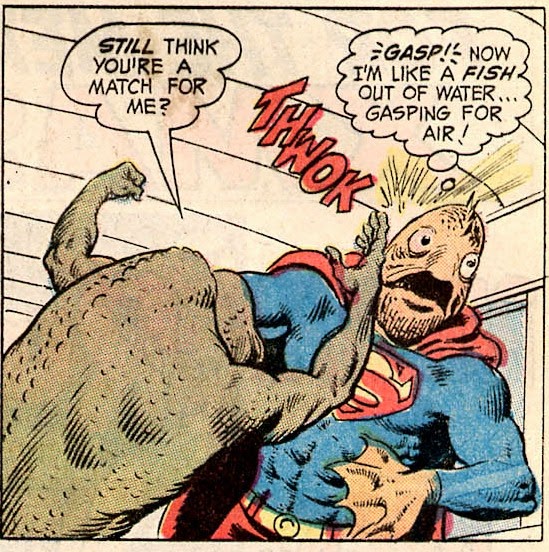 Awesome!  It's like watching Mortal Kombat as Muppets!  And the icing on the proverbial cake is that the monster guy there is called The Quakerer.  If that issue had been my first impression, I'd probably be president of the Superman Fan Club.

From Batman #2, it's time for some Fun with Out of Context Dialogue! (tm!): 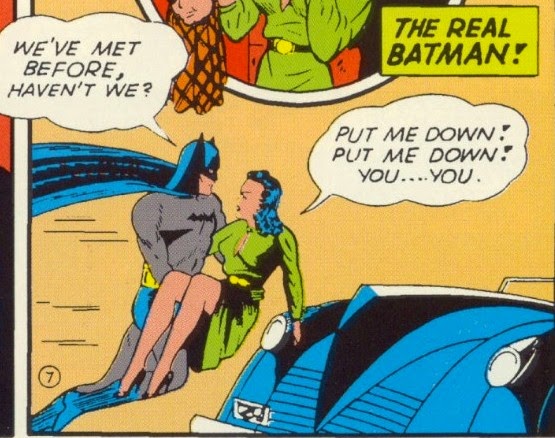 Yes, the real Batman scoops unwilling women off the street and forces them into his vehicle.  That's who he really is and what he's really all about: He's the Real Batman. 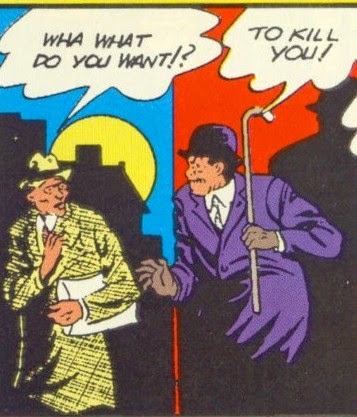 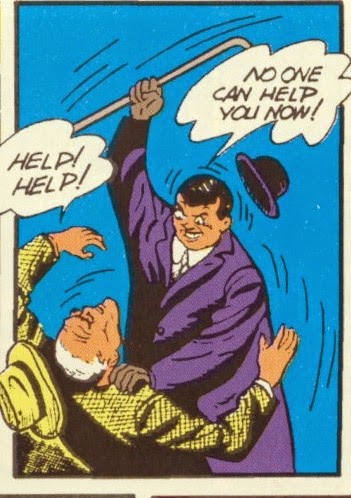