I was reading Action Comics #387 and came upon yet another interesting moment in the history of the Legion.  I can't swear to it, but I think this is the first time that they were hit with the 25 member limit.  Why did they comply with it? 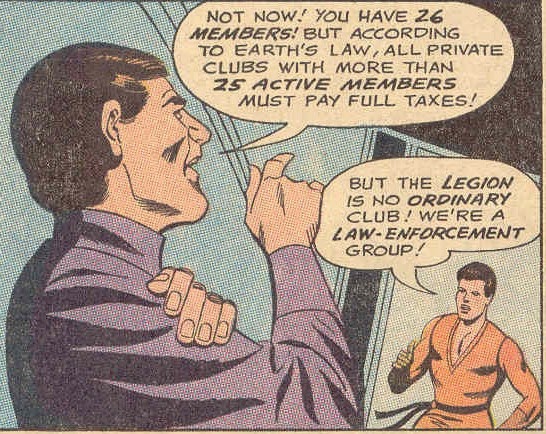 ... the oldest reason in the world: A tax dodge.

Here's where things get interesting... 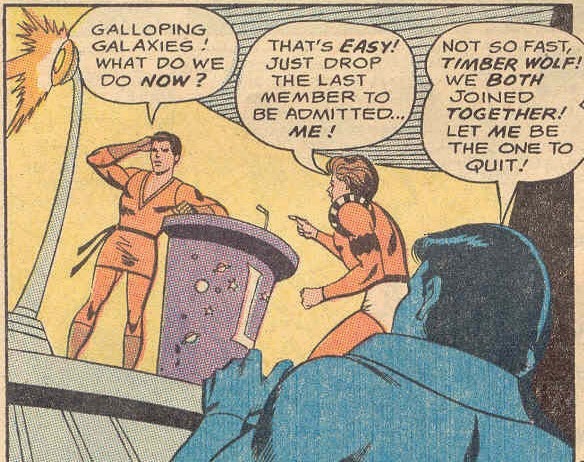 People start literally fighting over who gets to quit. 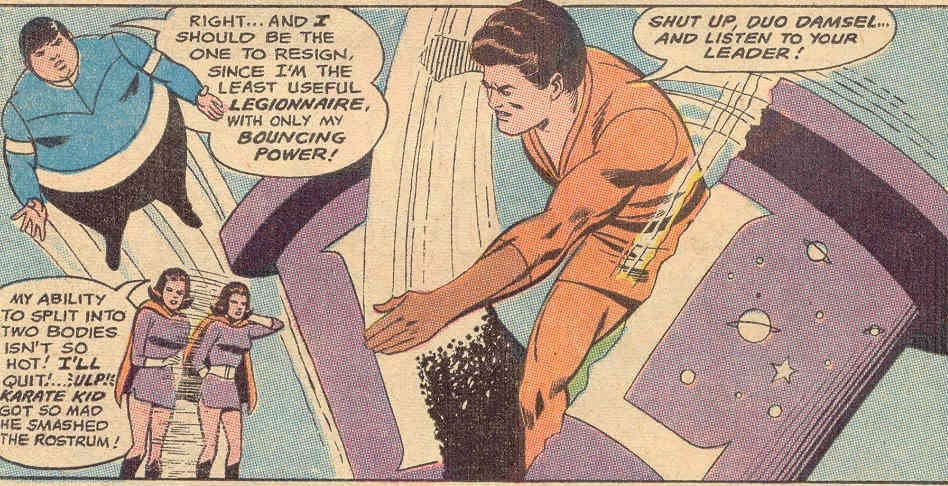 They have a valid point.  Duo Damsel is particularly useless.  2 times 0 is still 0, you know.  That's just basic math. 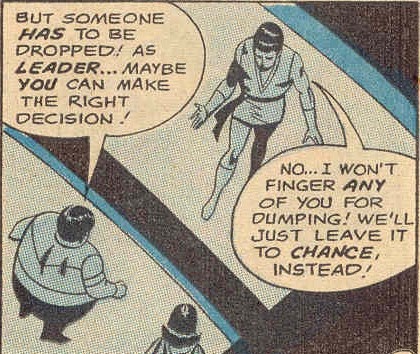 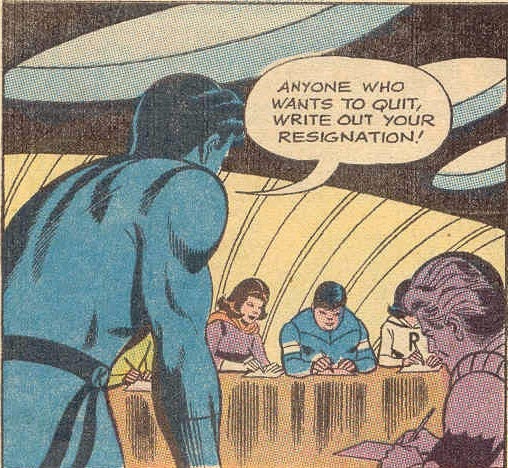 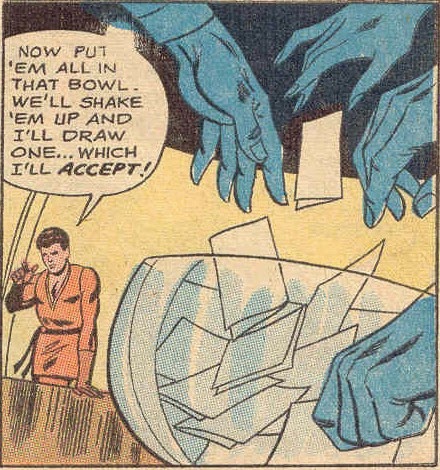 DANG, that's a lot of people looking to leave.

And frankly, I'm not overly impressed with Karate Kid's leadership abilities here.  He's going to make a staffing decision based on luck of the draw?  Is a Ouija Board not available? 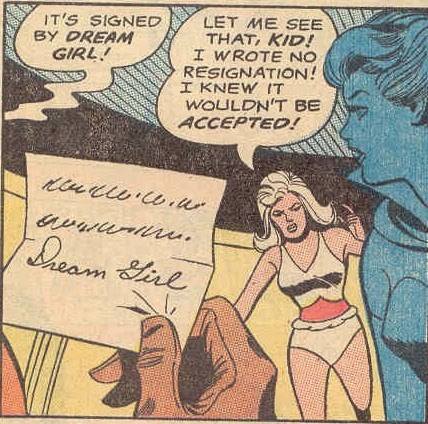 Of course... the person who really should quit is the one who doesn't step up.  I would imagine a lot of legionnaires would have written down Dream Girl's name.  Her only function in the Legion is to put gloom and doom prophecies in your head while you're out fighting for you life.  She really doesn't bring much positive energy to the group. 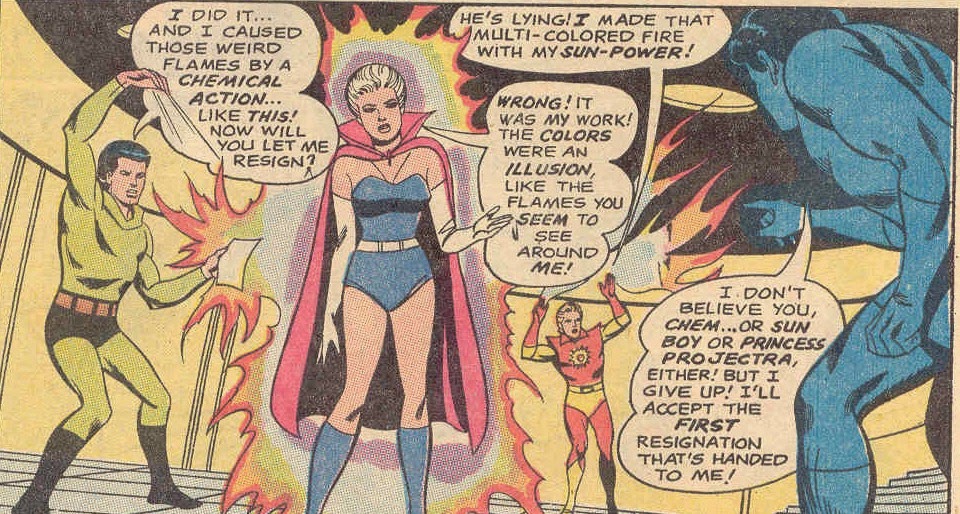 I never realized there was so much dead wood in the Legion.  It's like they were a government agency or something. 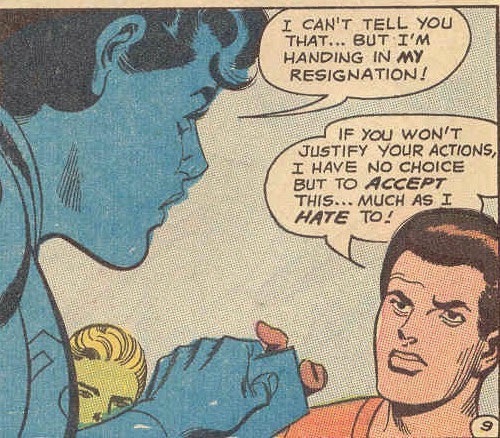 Yup... Superboy quits, which was surprising.  Basically, he left because Mon-El had identical powers only didn't have the Kryptonite weakness.  Of course, Superboy would be back, but I guess this was the powers that be's experiment to see if the Legion was a popular enough feature without him.

Naturally, we can't miss out on this opportunity to make yet another Super-Statute: 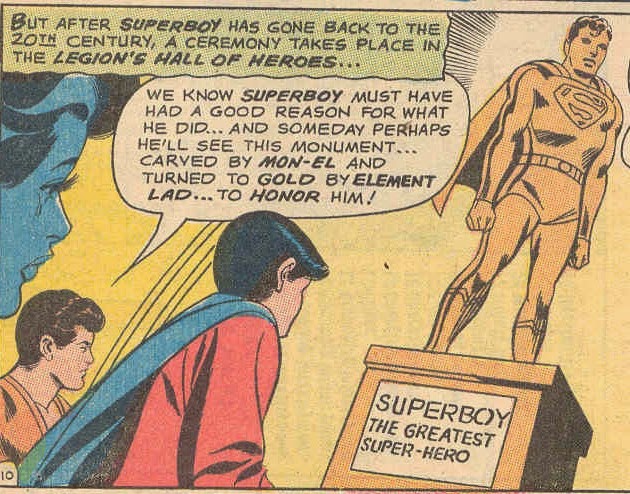 Forget the Ouija Board;
where was THE PLANETARY CHANCE MACHINE when they needed it?