My Super Brain, Drugs, and the Metric System

Apparently, the qualifications for having a "super-brain," were a bit lower back in the day: 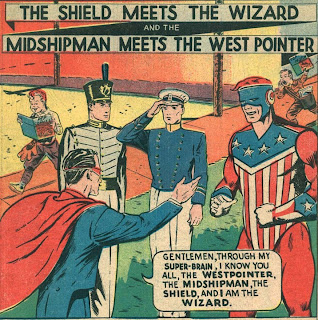 So we're supposed to get all weak in the knees because he correctly identified three people in uniform/costume?  Slow down, Wizard!  Let me catch my breath!

And he even correctly identified himself. 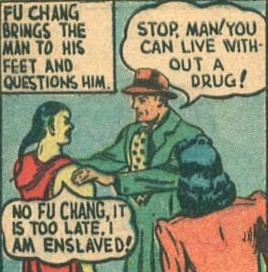 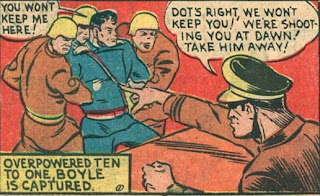 Ten to one... or as we count here in the USA, three to one.  That Metric System gets a little complicated when you try to convert it to ours.

That reminds me... remember the Metric Marvels?

This was back in the day when we were going to convert to the Metric System.  The system itself was actually easy to grasp, but everyone insisted that you had to know the formulas to convert our current system to Metric and vice versa.  That involved a lot of math, and we as a culture just weren't going to do that.  Had they just said, "We're following the Metric System now," and switched everything, it probably would have worked out.  But some people just won't relax unless you're forced to do things the hard way.

Hey you're back! How'd I miss that? Thanks for posting, I love reading CMNS, have missed it this past year. Glad to see you're at it again.

My first car had a speedo in mph (I'm from Australia where that ad came from) and you learn those equivalent speeds in a hurry.

I love this blog!

You know, I never realized that the Simpsons were of Chinese descent until now.

I remember the Metric Marvels; I thought their cartoons were pretty funny. What wasn't funny was the time I spent in school suffering the agony of trying to learn the metric system.