The Bowling Alley of Death!

Wow, did we not like the Constantine tv show.  We groove on The Flash, Arrow, and Gotham, but Constantine was just not our cup of tea.  It was a never-ending barrage of attempted homicide by demons with no character development whatsoever.  It was like watching someone play a video game.  We'll be skipping that one.

But you know what we won't be skipping?  Golden Age Captain America #18! 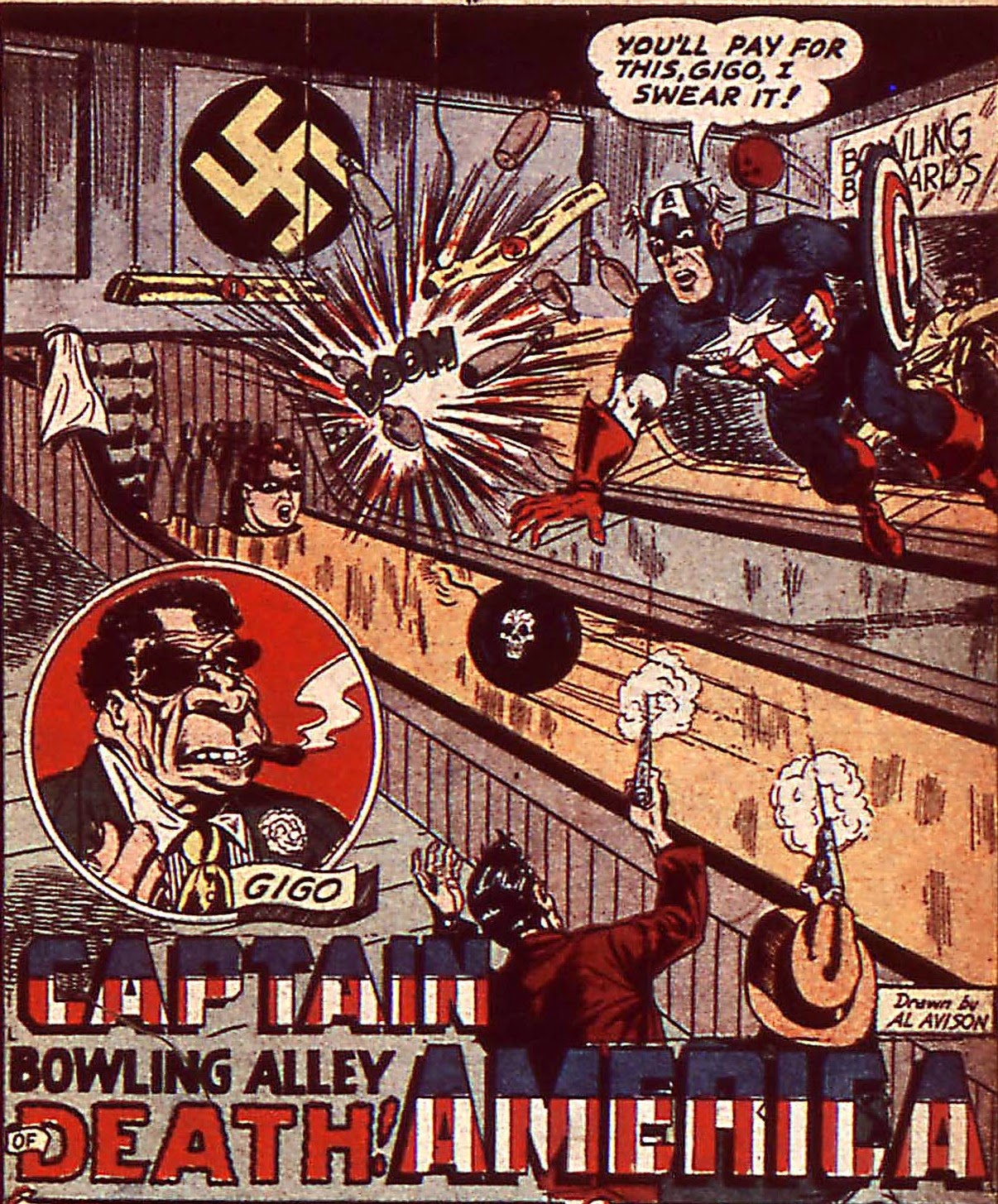 Yup.  You read it right!  This story is called "The Bowling Alley of Death!"  Know why? 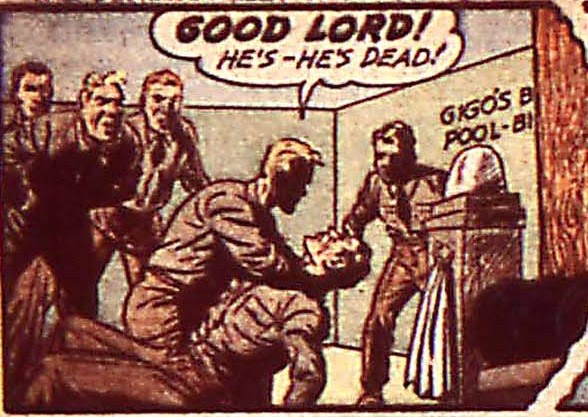 I don't really follow the story all that carefully, which is pretty typical for me.  But here's some Fun with Out of Context Dialogue! (tm!): 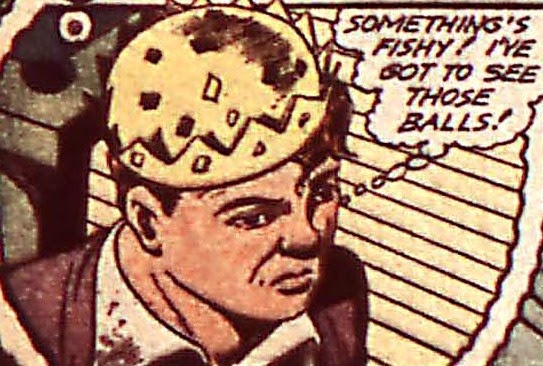 And here's more Fun with Our of Context Dialogue (tm!) 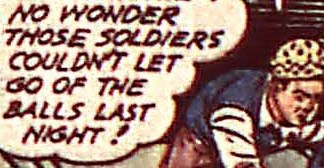 I know, it's not fair.  This could be the best-written story of the Golden Age, and I'm just making ball jokes.  Here's some action: 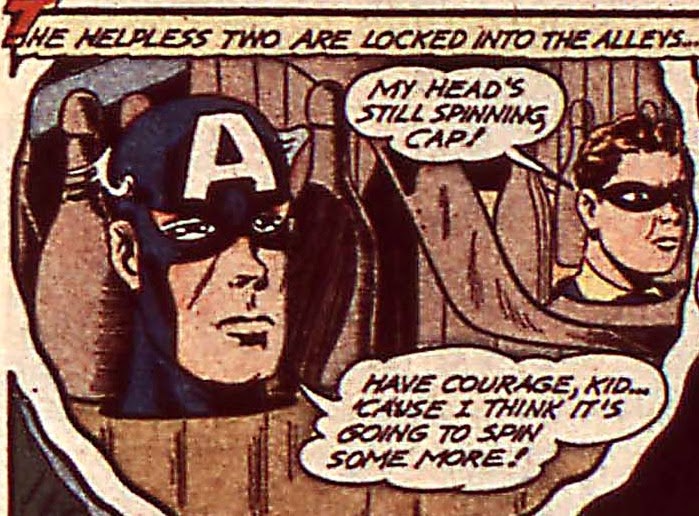 So, they have a bowling alley with a hole in front of the pins big enough to stick a human head through?  Bowling is one of the few sports I played, and I'm pretty sure that's not regulation. 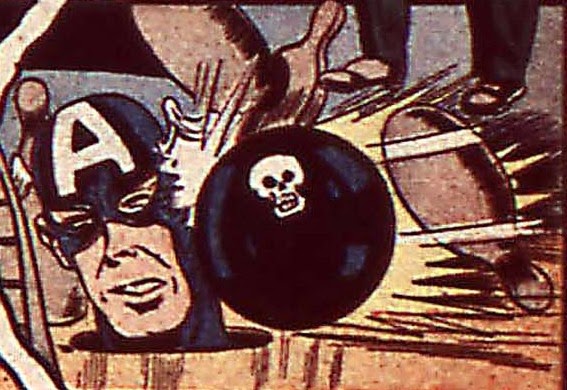 See the little skull on it?  That's how you know you're at The Bowling Alley of Death as opposed to a "Dave & Buster's."

So, how do our intrepid heroes get out of this one?  Turns out they don't! 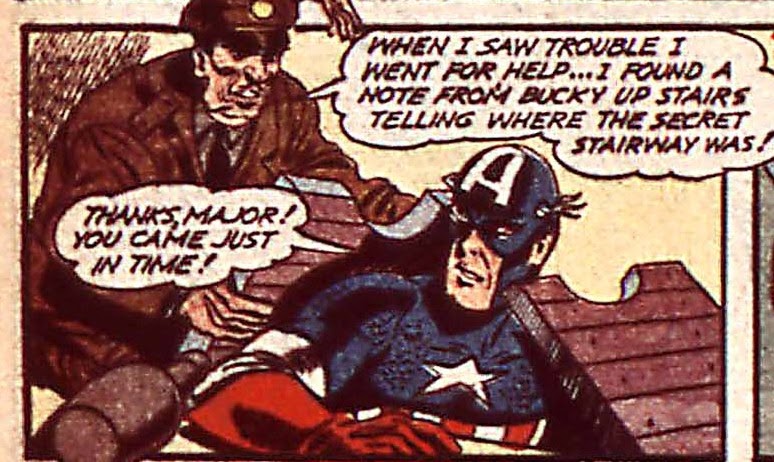 Not to take away anything from our fighting forces, especially those who got us through WWII, but that's not exactly Cap's proudest moment, you know what I mean? 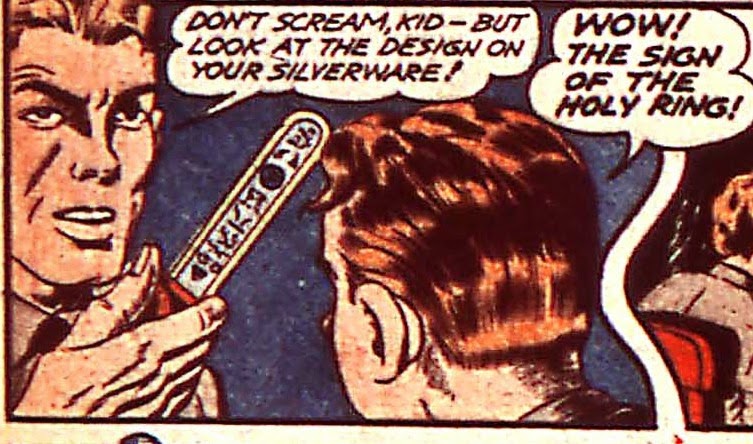 Bucky!  What did I *just* say about the screaming?

Kids.  You can't tell 'em anything.

Remember, kids, only bowl at an ABC-approved bowling center! No bowling alleys of death there!

I haven't seen Constantine, but I don't really like arrow. Gotham and flash kickass though. Mostly Gotham.

bowling in Germany in hitlers era more like it