No, Not THAT Jack Kennedy.

Wayne Sallee got himself a great deal on the Superman  Archives Volume One Hardcover and shared a great Saga in Three Panels (tm!) from Superman #1: 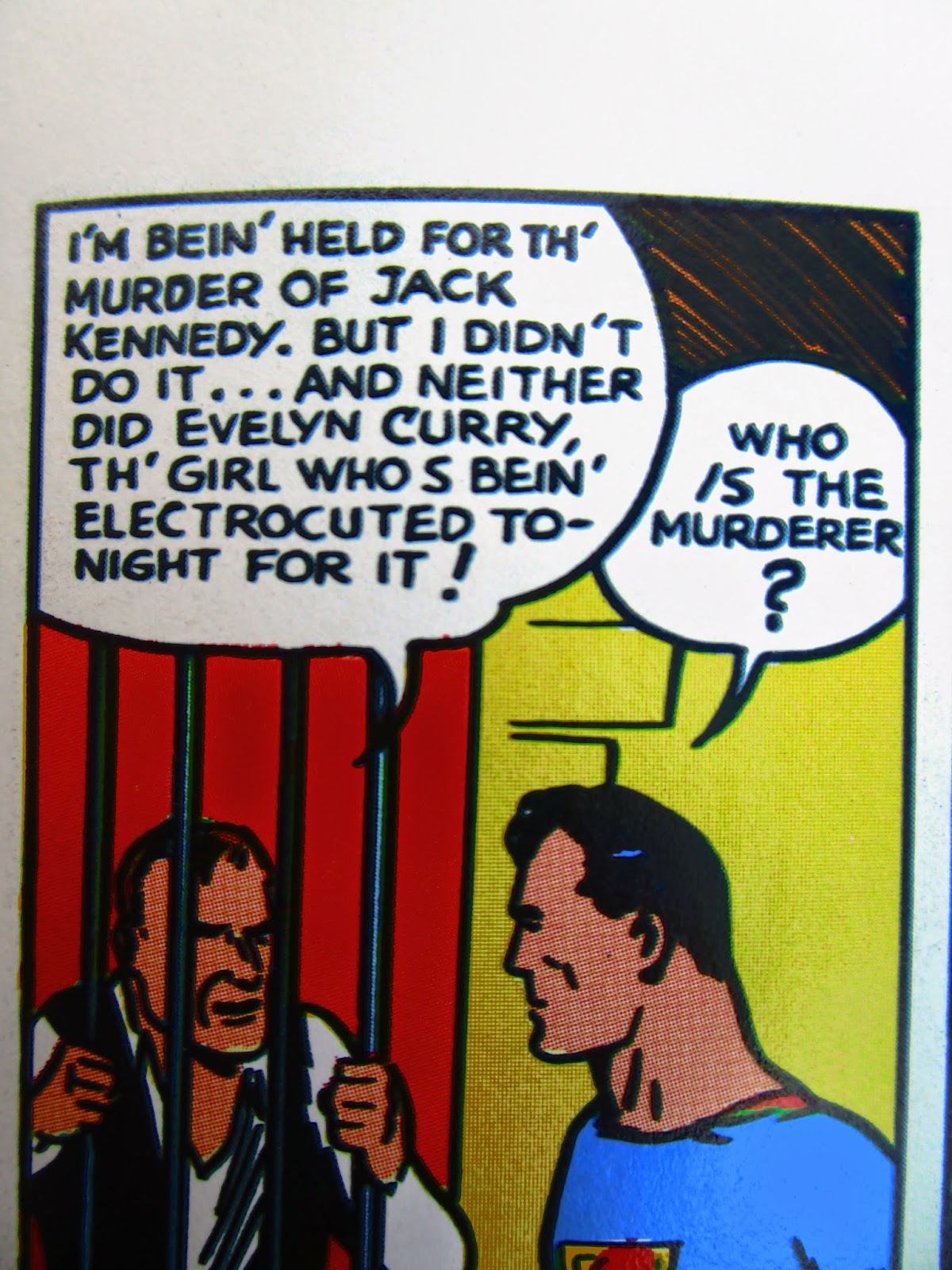 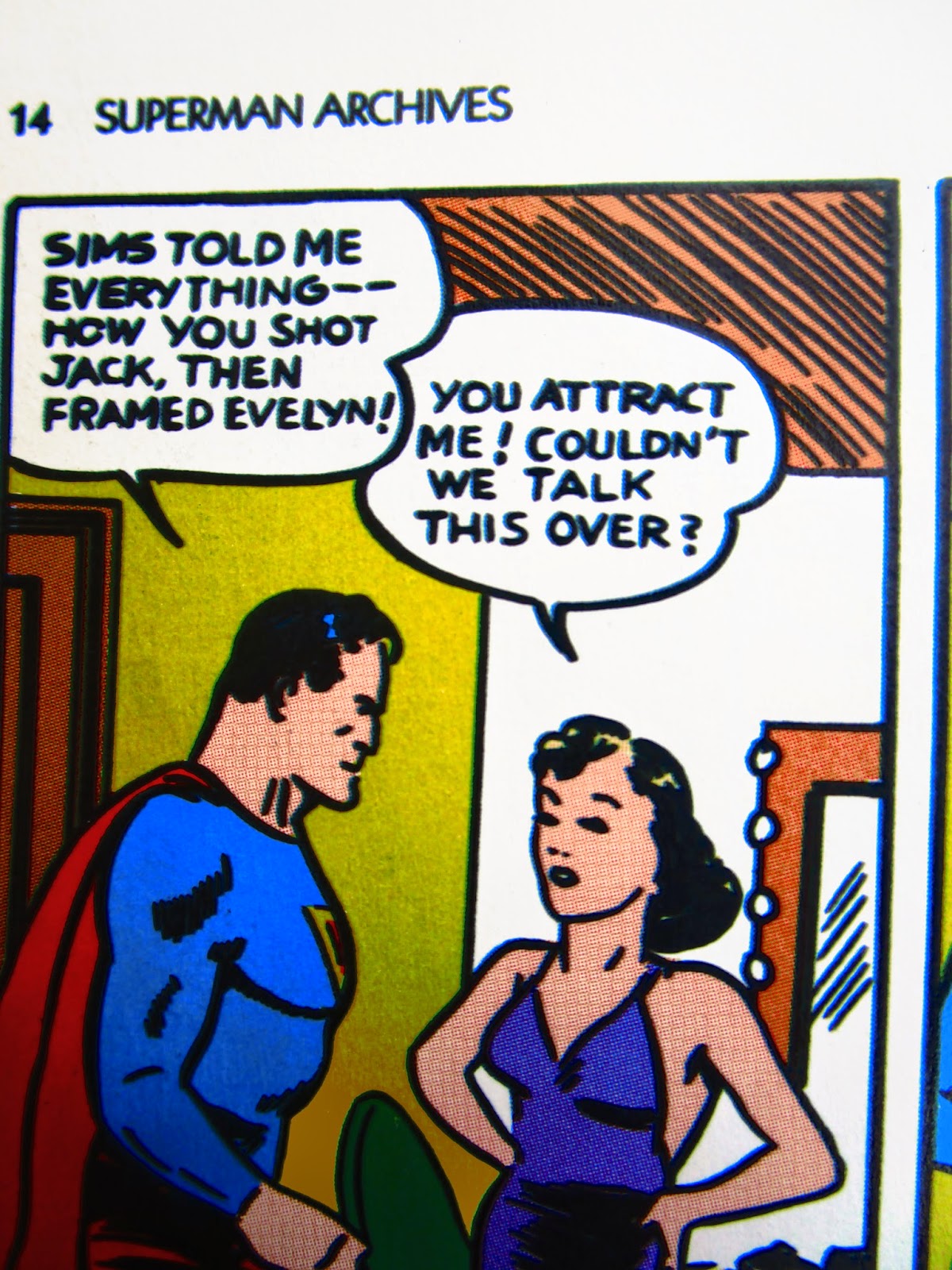 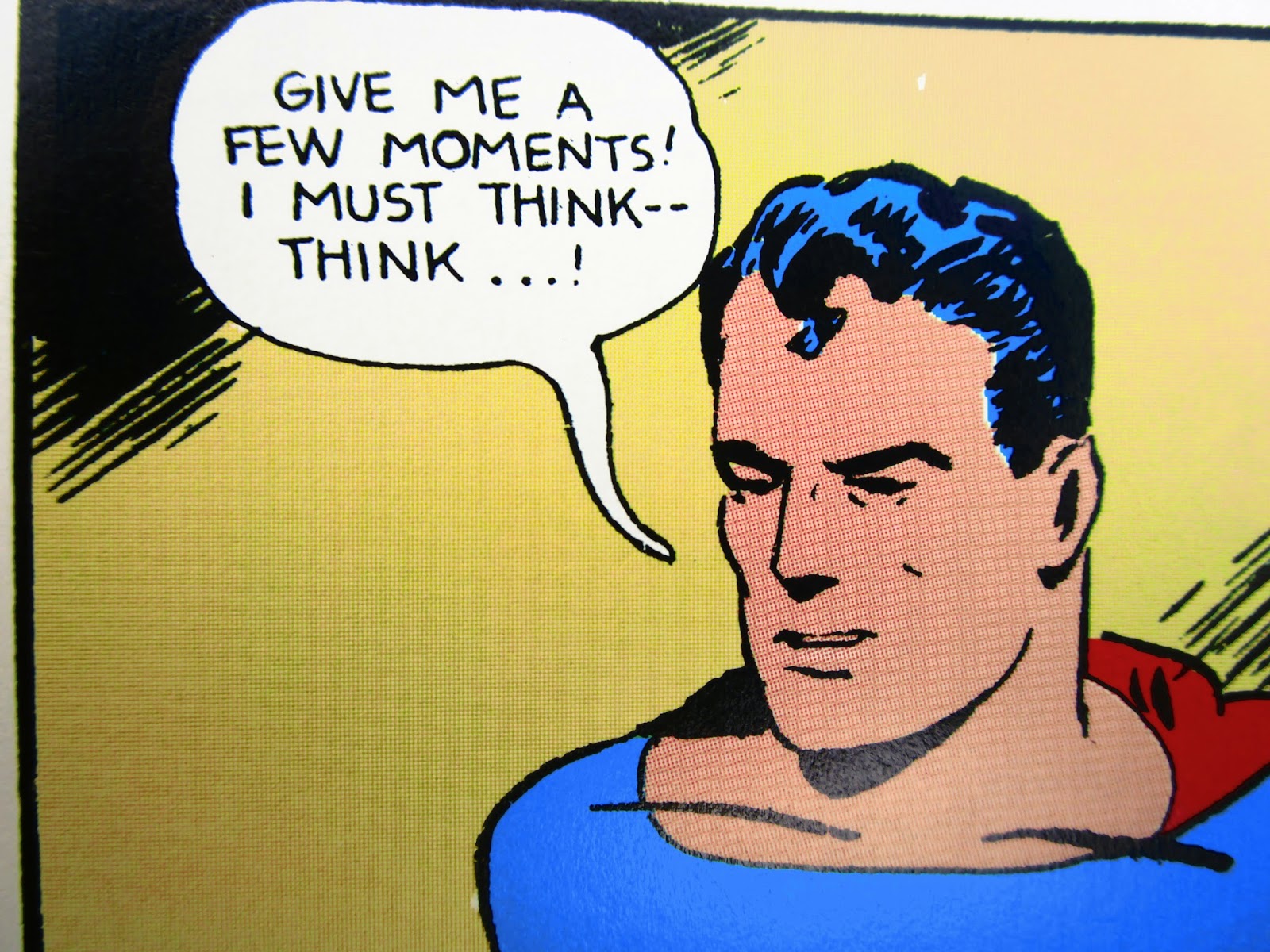 If you have to think that long about it, the girl is just going to be insulted.  Trust me on that one.

Did I ever tell you about this girl I met when I was working at a liquor store in Springfield, Mo back in the 80's?  I was in undergrad and this very pretty young lady came in.  I was my usual adorable self, but I was still surprised when she came back later that evening.  I got her number and...

Well... long story short, fellas: Make sure you get her name when you get her number.  I called, and could have sworn she said her name was Renee.  She answered and told me that there was no one by that name at that number (this was before caller ID and all that).  I was too embarrassed to admit I didn't have the right name, so I wrote that off as a loss.  I saw her later on campus and she gave me a strained "get bent" smile.  Blarg.  It wasn't meant to be... 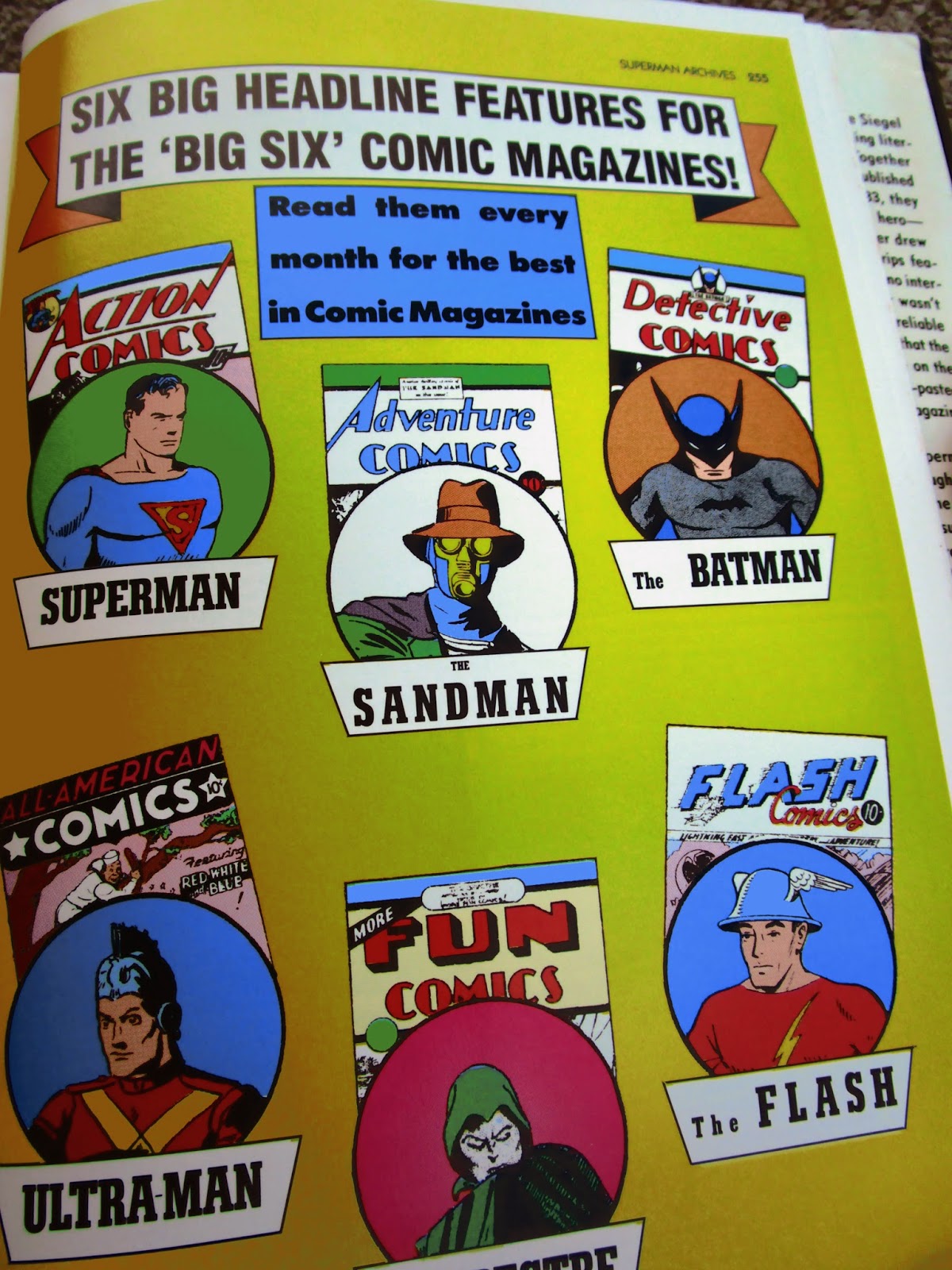 Okay, I've got to find me some Ultra-Man.  Since he's the only one on there that didn't stand the test of time, I can only hope he's got some clunker stories buried somewhere.

Here's a Random Slap (tm!) from Superboy and the Legion of Super-Heroes #215, courtesy of Robert Gillis!: 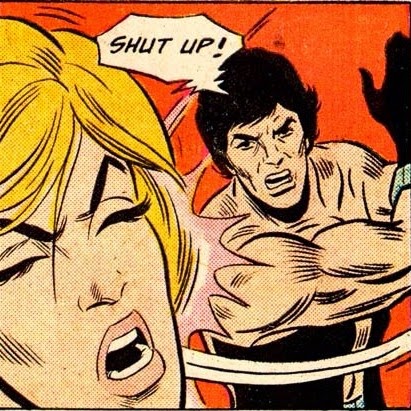 Hey!  It was Light Lass getting slapped, so bonus!

That "corset" costume of Cosmic Boy's was seriously bad, by the way.  Off to the Costume Hall of Shame (tm!) with it!

Thanks, Wayne and Robert!
See you all tomorrow!
Posted by Adam Barnett at 12:00 AM

We must see it for ourselves! WE MUST!

I can sympathize, Adam. Although I haven't forgotten the name of a woman I was trying to pick up(ouch!), I have been rejected so many times, I think I should get some kind of award for it.

I've since looked up ULTRA-MAN and he seems to have appeared as the same hero under two different identities. To get top billing and still be unknown to me is still an oddity.

What was the other ID, Wayne?

From what I've read, it wasn't so much "two different identities" as it was a legacy identity: The first Ultra-Man was Gary Concord, a 20th-century man who accidentally went into suspended animation and woke up 200 years later and became a Buck Rogers-style hero. Then he got married and had a son, Gary Concord Jr., who became the second Ultra-Man. Apparently Gary Sr.'s entire life story was covered in the first two stories, with his son taking over the rest of the series' run.

"Someone shot Jack Kennedy and walks scot-free, another person is framed for the murder and, while under arrest, is threatened with death..." Uhm, it seems I've heard of this plot before...