Let's end the week with a look at Batman #126, which featured the second appearance of... The Firefly! 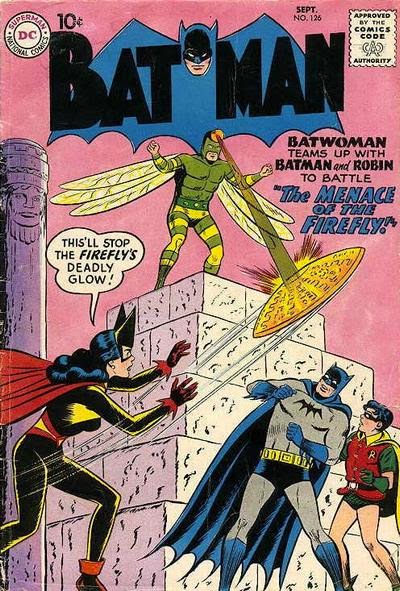 Somewhere, the original Killer Moth is looking to kick this guy's ass.

But first, he'll have to get past... a really bright light! 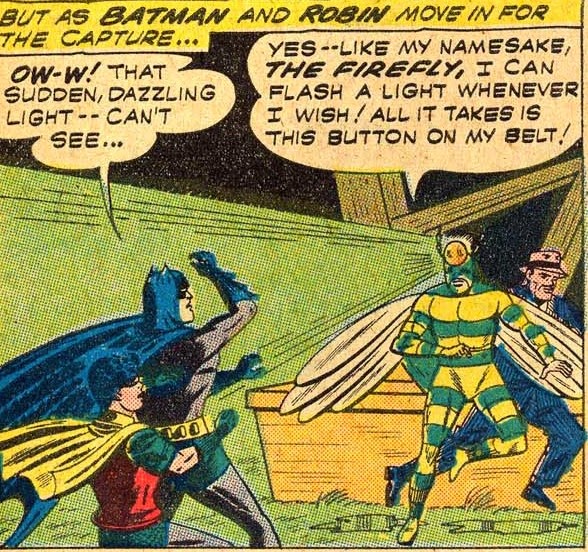 (B) Does Batman not research these guys at all?  The guy calls himself the Firefly.  What do fireflies do?

Sadly, or perhaps not so much, the Firefly would disappear for quite some time.  I first saw him in this: 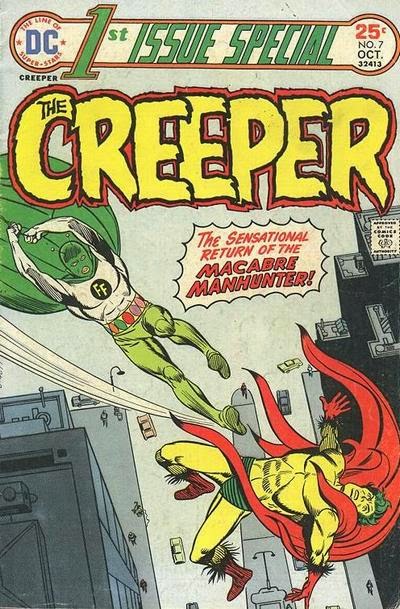 And yes, I bought it because the Creeper is awesome.  Even by 1970's standards, though, that new costume for the Firefly is embarrassing.

Then, a decade or so later, he'd show up here: 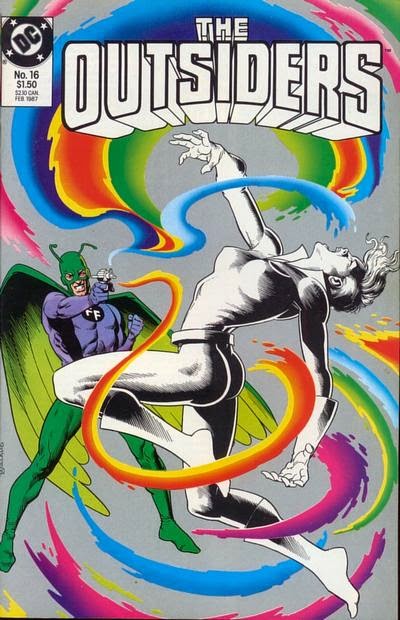 Which, as you can tell by the awesome Brian Bolland cover, was his greatest appearance and is worth reading if you see that particular issue in a bargain bin somewhere.

That purple and green ensemble is actually his first outfit.  See? 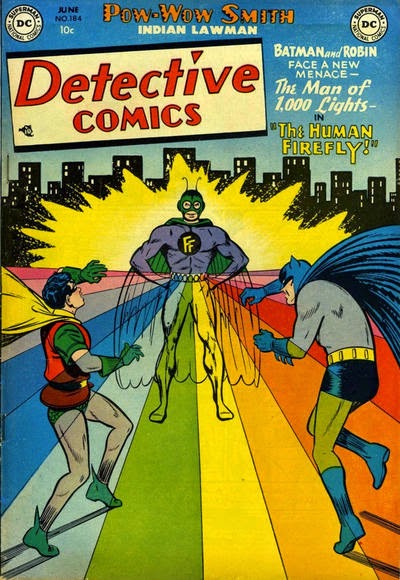 It's not unheard of that new costumes are worse than the originals (see: Golden Age Sandman and several of the Legion of Super-Heroes), but it's funny to see how circular fashion is.  Several characters had costume changes and went back to original designs... or designs very close to it.

Anyway, the Firefly these days is an arsonist and (as is required in comic books these days) is homicidal and scary.  I think at one point he wanted to wear Nightwing's skin or something.  Ew.  What's with comics these days?

But, all that said, I prefer to think of the Firefly this way: 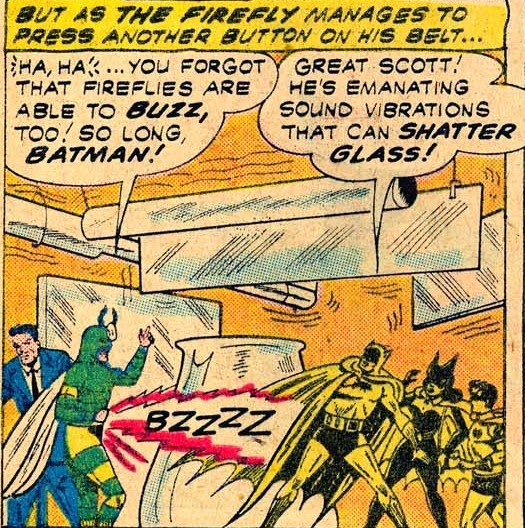 As the guy who shot loud vibrating noises out of his crotch.

Actually, the guy in green and gold is Ted Carson, the second Firefly. He is unconnected to Garfield Lynns, the original Firefly in the purple.

Apparently, two seperate villains in Gotham City though that the firefly was the perfect creature to base their criminal persona on, and strike fear into the hearts of their foes. Go figure.

Yow! I don't know who that Outsider lady is, but the Firefly evidently broke her in half. Bodies are not supposed to swivel like this.

Just an example of how unobservant I can be. The whole "Who is the Firefly?" mystery of the guy in green and gold did indeed lead to Ted Carson, who had nada to do with Garfield Lynns. In my defense, though, Batman never said in that story: "Hey, we fought a guy called Firefly before...." although he totally should have.

The Outsider lady is Halo... she is bending that extra mile to leave plenty of room for the logo.