YOU'RE KILLING ME! Well, see ya!

Busy... but never too busy to check out a couple of hilarious covers: 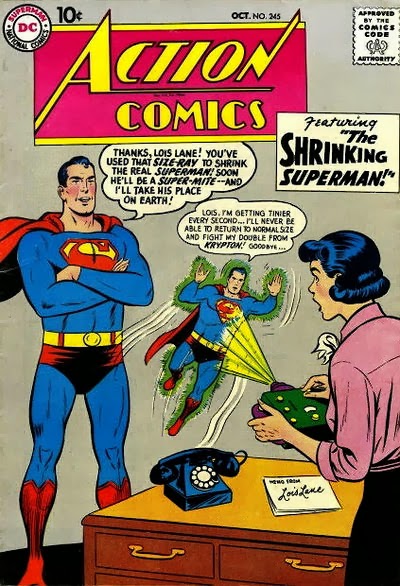 I love Superman's dialog there.  Lois is obviously ending his existence in the world as he knows it, but he still gives her a friendly "goodbye."  "Lois!  You're shrinking me away from you and this world!  I will never see you again.... LATERS!" 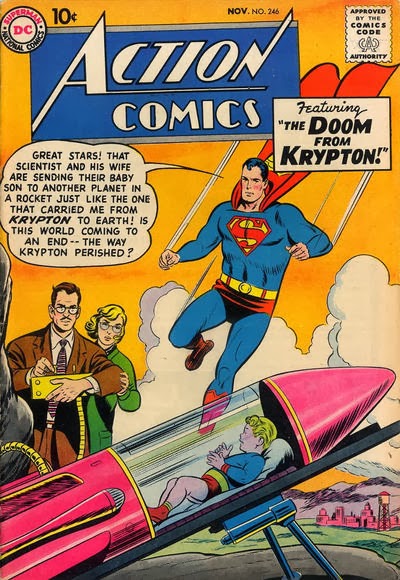 No, I'm thinking that the scientist was pragmatic enough to recognize that babies are a lot of work and it's just easier to send them up in a rocket until they're at least old enough not to poop themselves.  Had Superman not interfered, this would probably be the standard of parenting these days.

Instead, we invented The Disney Channel.  It's pretty much the same thing.