I was taking a look at Action Comics #225, featuring "The Death of Superman."  I wish they wouldn't get my hopes up. 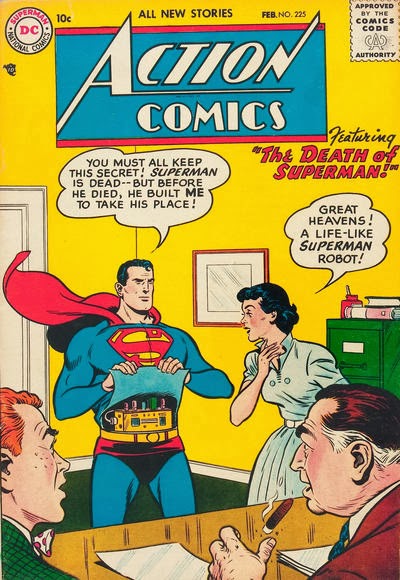 Anyway, the gist of the story is that Superman had been killed in action years before, but Superham had the foresight to build a robot that would come along and take over should Superham meet his Superdoom.  I'm a little afraid to put the plot online because I can see the basis for next summer's DC crossover event when everyone turns out to be a robot. 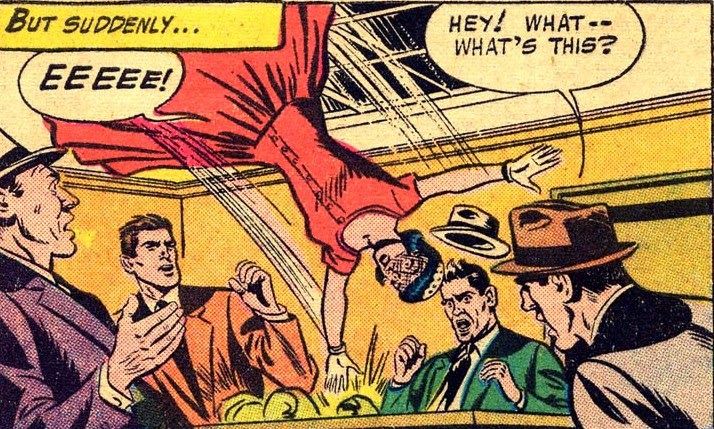 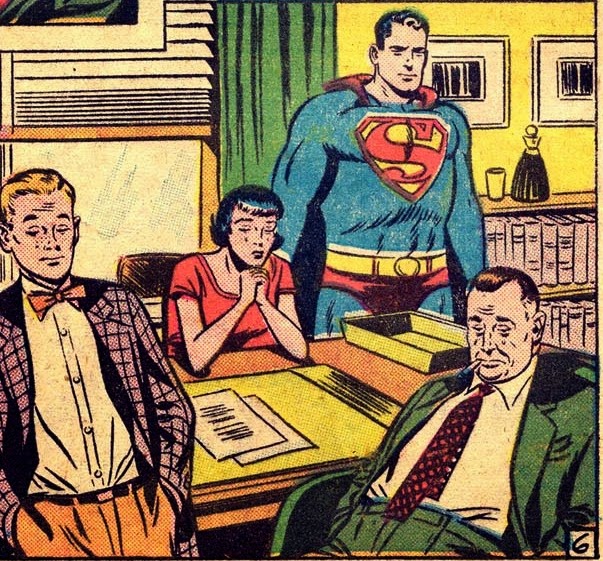 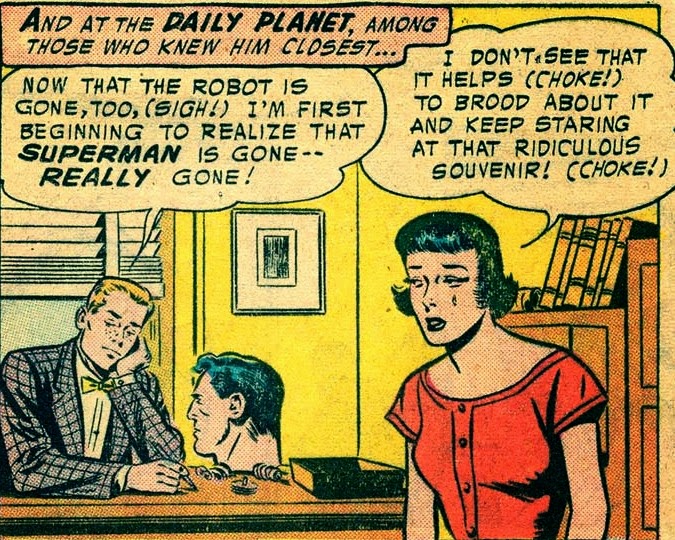 ... and Jimmy keeps the severed head on his desk as a souvenir.  I realize we're talking about a robot, but that strikes me as more than a bit unsettling.  Perhaps we should look at a robot fighting a giant man-eating plant: 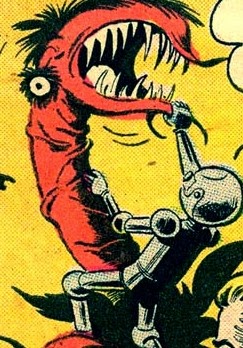 It appears to be a week for man-eating plants at CMNS.  Things just work out that way sometimes.

Email ThisBlogThis!Share to TwitterShare to FacebookShare to Pinterest
Labels: action comics, gasp... it's a robot!, superman

Believe it or not, that's not the first time I've seen a man-eating plant that had an eye growing out of its neck.