Oh, What a Super-Fool is Superman!

Action Comics #257 is where it's at today, hepcats! 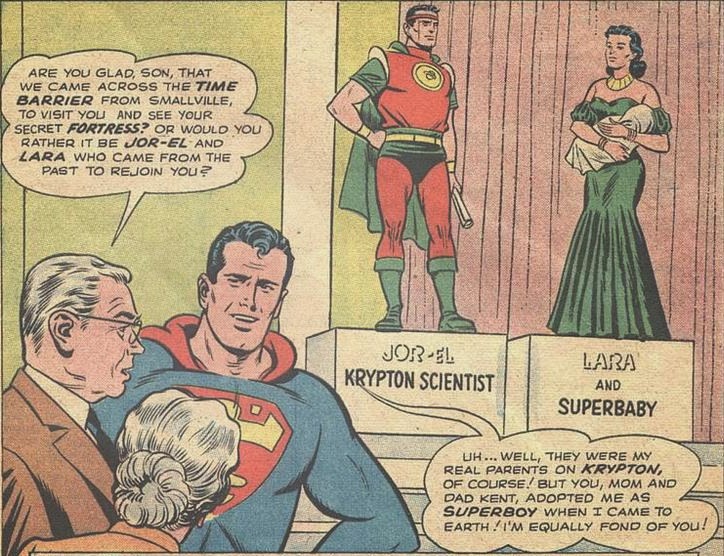 Well, that was unconvincing!

Uh... well, they were my real parents on Krypton.  And, as you can see, I'm prominently displaying statutes of them and not you in my Fortress of Solitude.  But I'm just as fond of you!

Yeah, that was dripping with sincerity there, Supes. 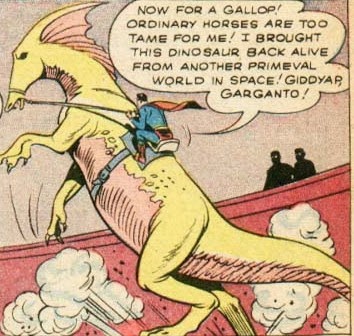 You know what we don't have enough of in comics?  Garganto.

Hey, let's judge Lois by her proficiency with baked goods! 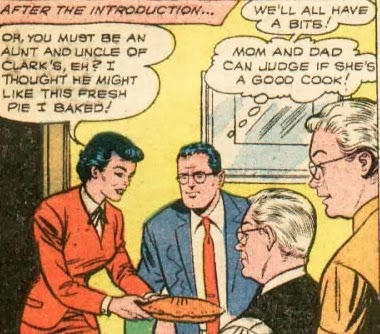 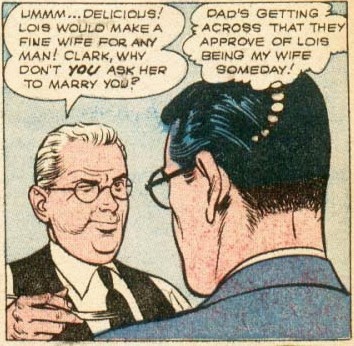 Wow!  We went from "pretty good baker" to "wife material" with that one!  That must have been some pie! 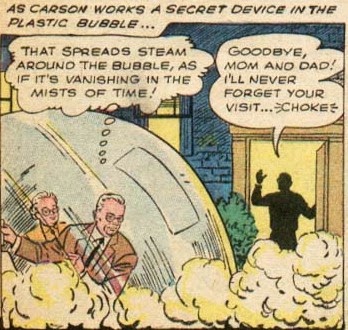 This slays me.  Mind you, the whole thing is a scam. And they don't even bother rolling the fake time-bubble out of sight...  but Supes doesn't even notice it. 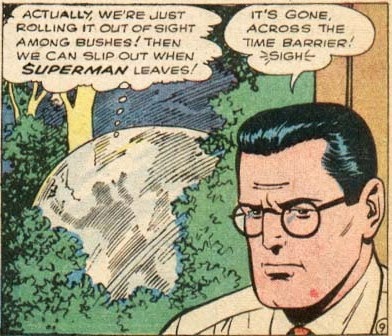 And before you think I'm being too hard on Supes, check it out: 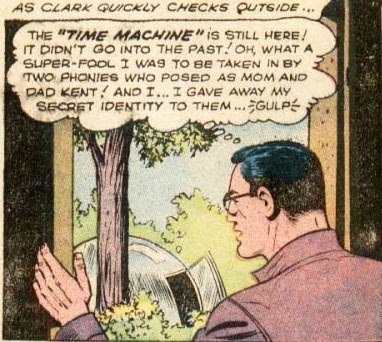 See?  I know he has his fans, but Supes has terrible judgment.

Finally, we see one last super-power: 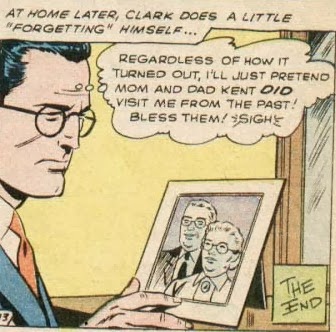 Before we wrap it up, let's take a look at yet another CMNS meme (because we can never have enough) I like to call.... What were the things disguised as his parents, where did they come from and what did they want?

60 YEAR SPOILER ALERT! They were actually pretty sharp people who figured out who Clark's parents probably were and wanted to confirm this so they could blackmail Supes into gathering riches for them.

Did they already know Clark was Superman?

Oh, they didn't; I didn't read carefully. So once they knew he was Superman, what did they do with the information?

Are there two con artists running around with knowledge of Superman's secret ID, just waiting for Geoff Johns or Kurt Busiek to bring them back?

Pretty much. They *suspected*, but tricked him into confirming it so he couldn't later deny it. Once they had him dead to rights, they then sent him on errands to go get precious minerals and the like to make them rich. However, as you might suspect, their brains were wiped clean of the knowledge (I think Superman kissed both of them... or maybe he just did that to Lois Lane that one time in Superman II) somehow, just waiting (like Unknown said) for their memories to return like Dr. Light's in Identity Crisis.

Thanks Adam. Very interesting. I loves the old Supes storys cause they had to run rings around themselves just to write something.