Hey!  It's time for a little foreshadowing: 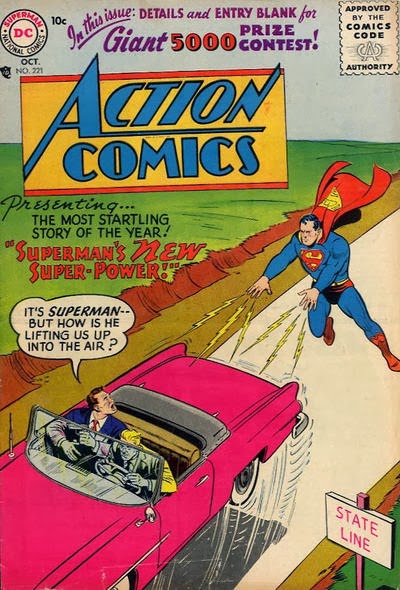 I don't know anyone who has that ish, but I can tell you where I think the story eventually led: 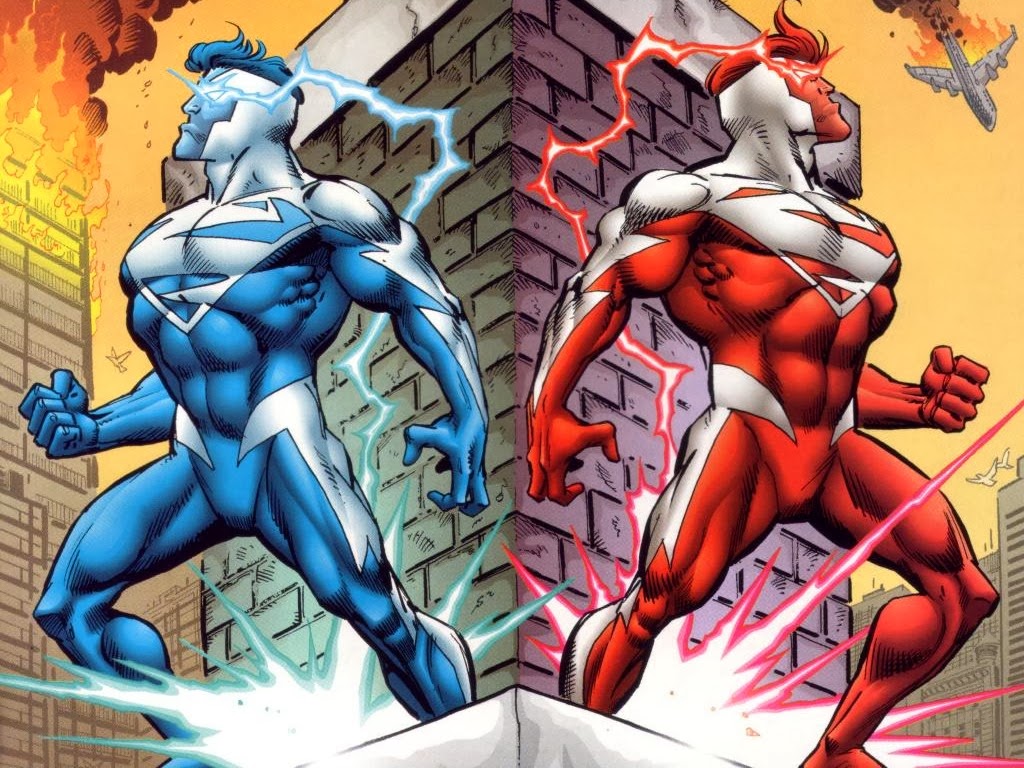 AIIIIIIEEEEEE!  Kill it!  Kill it with fire!

The 90's were quite a time for comics, weren't they?

The focus of today's lookie loo is Action Comics #224: 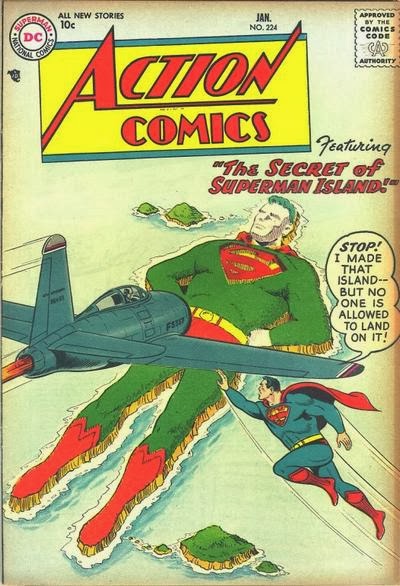 I for one, saw this coming.  It was only a matter of time before Superham would build a Mount Rushmore-esque monument to himself. 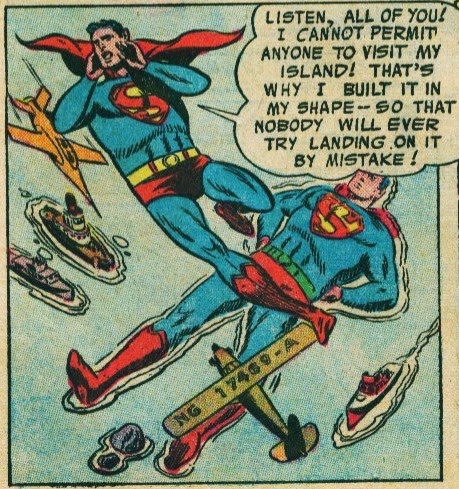 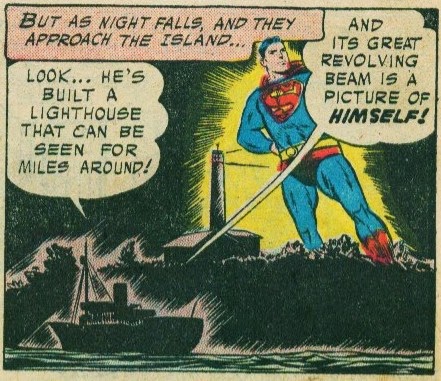 That, too, was completely necessary.  Well... I guess it didn't have to be in color, but I look much more heroic that way!  Safety first! 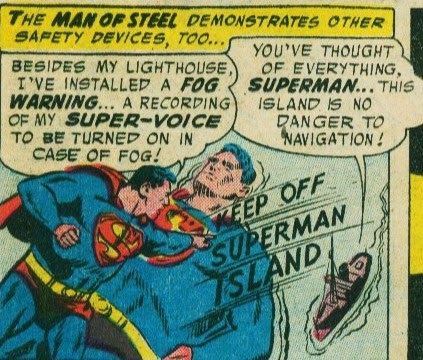 It was paramount that the fog warning be in my own voice!  Only my dulcet baritone would sufficiently caution shipmen to stay off this gigantic image of myself.  Oh, how I wish I could have used something, anything other than my own likeness to accomplish these things, but there was simply no other way!

Anyhow, the gist of the story was (70 YEAR OLD SPOILER ALERT!) that Kryptonite was theorized to be a source of energy, so Superham insisted on collecting it.  Himself.  You know, since he's one of the few people who actually gets radiation poisoning from the stuff, it's only natural that be the one to take on the hunting/gathering duties. 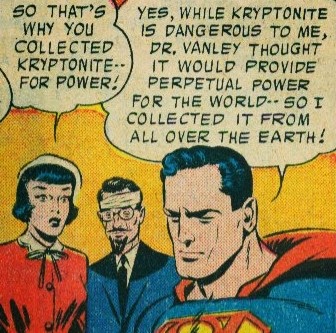 So, is he saying that he got all of it?  Because (while I am by no means an expert in all things Superham), I don't think that was the end of Kryptonite on Earth by a long shot. 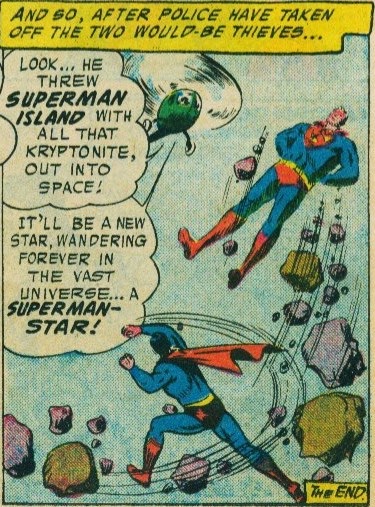 Of course, it was necessary to keep my likeness intact as I send it into space, so that any alien beings will... oh, to heck with it.  I'm Superman, and I want to have a bigass statute of me hurtling through the cosmos.  I can do that, because I'm Superman!  So suck it.

As an interesting moment in comic book history, I believe that issue also had the first appearance of the golden gorilla in Congo Bill: 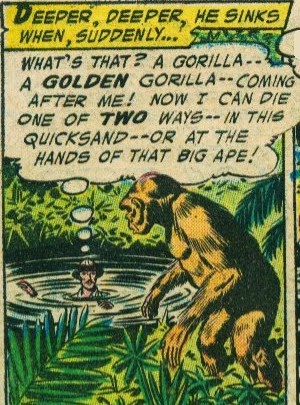 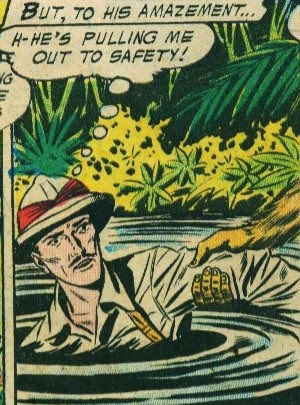 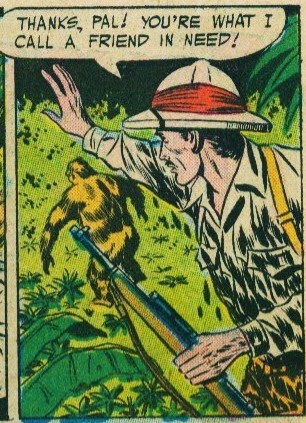 Congo Bill would actually get interesting once he starts swapping consciousness with the gorilla, so I hope that's the case here.  Although the animal lover in me (knowing how that relationship turns out) wants to tell that gorilla to stay the heck away from Congo Bill.

See you tomorrow!
Posted by Adam Barnett at 3:40 PM

A kryptonite island that he hurls into space?
Bryan Singer has some explaining to do.

Indeed! At the very least, I want to see an appearance of the Superman Island/Star/Monument in the Superman/Batman movie!