Rigging Competitions is a Job for Superman! 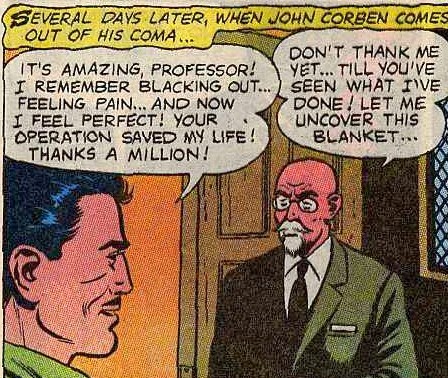 He was in an automobile accident and he just happened to be found by a guy who could put his brain in a robot body: 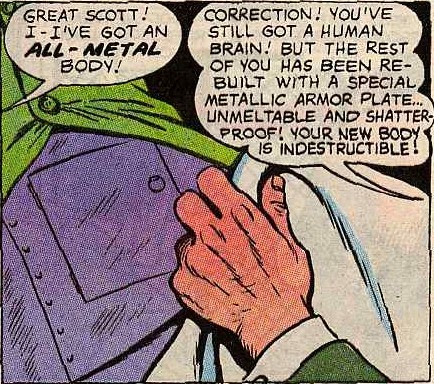 But there's a catch!  There's always a catch: 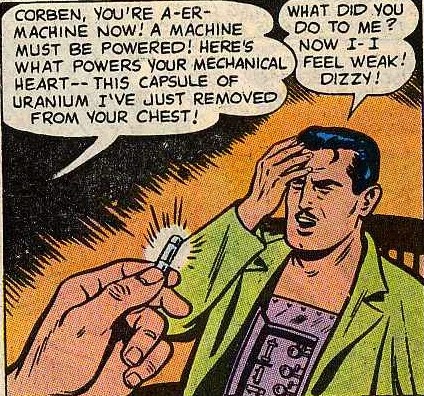 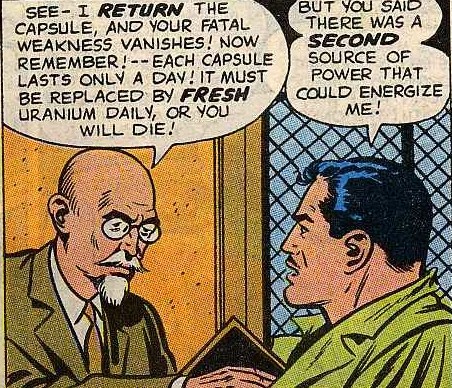 It seems to me that if you're John Corben, the answer to that question would be pretty dang important.  But Corben interrupts the good doctor before he can tell him: 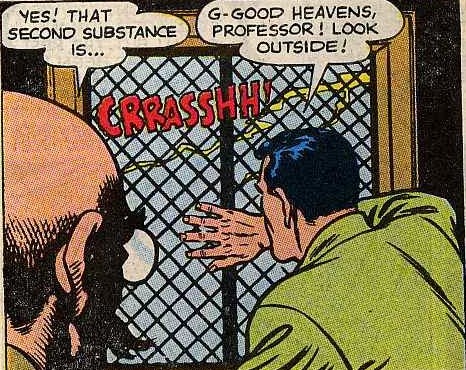 Corben must have had ADD.  Something else can keep me alive?  Tell me!  Wait!  Isn't that Haley's Comet? 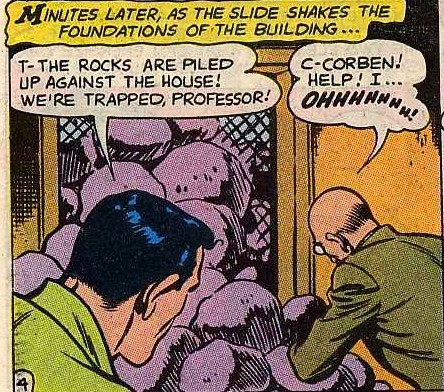 Scientists often have debilitating health episodes at the most inconvenient times in comic books.

But before we go on, check this out: 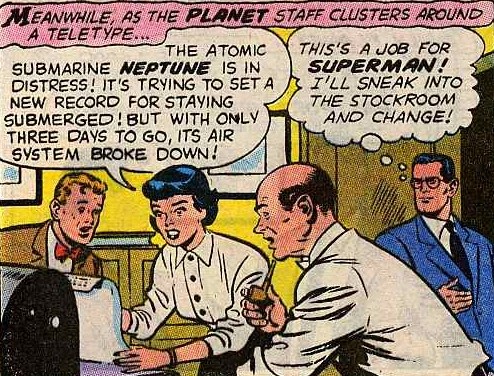 Okay, so the sub is trying to set a record for being submerged the longest and it looks like they've had technical difficulties.  So, Superman decides to interfere: 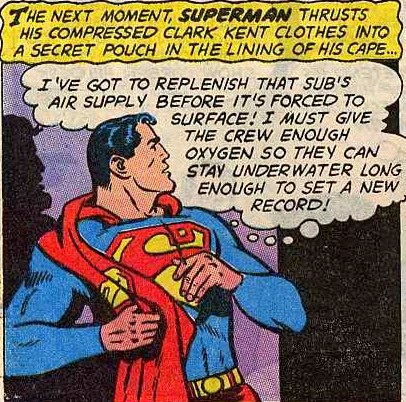 In other words, he's going to help them cheat.

ANYHOO, it turns out Metallo didn't choose that rather silly name for himself: 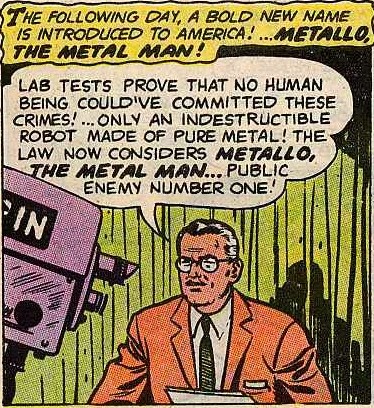 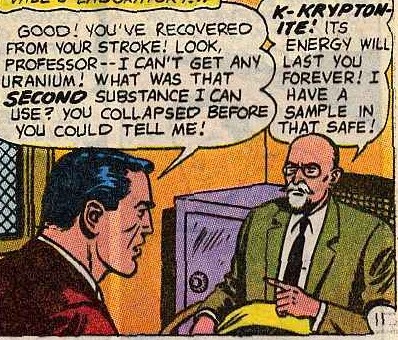 Now we're talking!  Go kill Lois and Superman, Metallo!  And take Jimmy Olsen down while you're at it.  I hate his green jacket and little bow-tie: 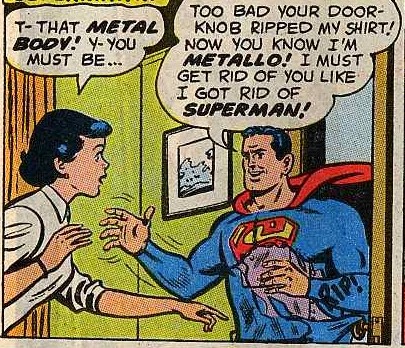 And if a plot device worked earlier in the story, why not twice? That's the second character to have a cardiac episode in a single story.  Every restaurant in Metropolis must have been using a lot of trans-fats. 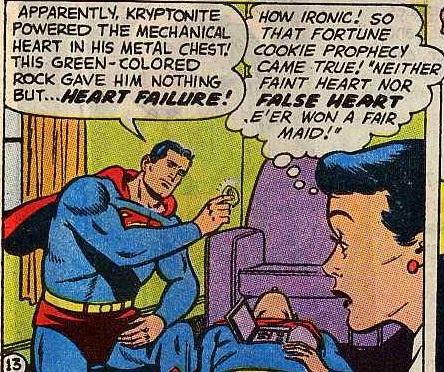 And I suppose we still have time to put a piece of uranium or kryptonite in his chest cavity before he's brain-dead, but he kind of cheesed me off.

Something I love in these old comics are lines like "Lab tests prove that no human being could've committed these crimes...only an indestructible robot made of pure metal!" There are so many leaps of logic in that sentence.

But then, this is a world where Superman keeps a piece of fake prop Kryptonite for a weekly magazine picture. A picture of what? Superman being killed by Kryptonite? You're right. Comics don't make any sense.

If he had a piece of kyrptonite already (which would last him forever), than why would he switch it with a different one?

Metallo was living on Uranium, Marv, which was drained after a day's use. So, Metallo wanted the Kryptonite (which would have lasted forever). However, he had not YET obtained the Kryptonite. The fake "Kryptonite" that he put in his body would have been the first. And Smurf, I cannot begin to explain why on Earth anyone would make fake Kryptonite. It's like carrying around a fake-but-realistic handgun. It can only end badly.

Oh, thanks for explaining that Adam. The way that Superman put it, "He exchanged his kryptonite for mine" made it sound like Metallo already had some kryptonite. Also....have you EVER ripped your shirt on a door knob? Does Lois have a rusty broken door knob? Is Metallo super clumsy? Did he make his fake Superman shirt out of crepe paper?