So I'm flipping through some stuff and I come upon Major Victory Comics v1, #1.  It has a few reprints in it and a few new features.  My fave is this one: 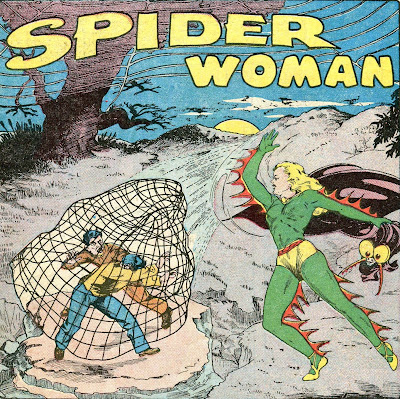 Near as I can tell, the deal is that she lived on her late father's farmhouse toting around a butterfly net: 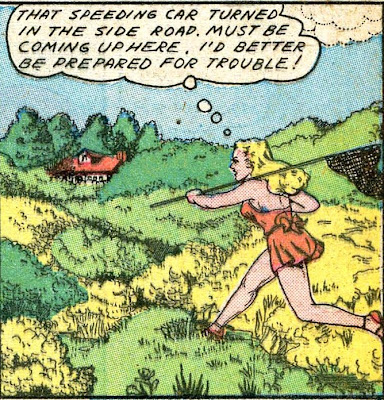 And when bank robbers show up at said farmhouse to use it as a hideout, she happens to have this whole getup laying around and ready to go: 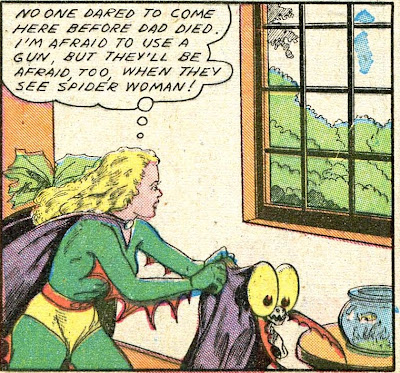 Yes, this is basically the Golden Age version of Home Alone: 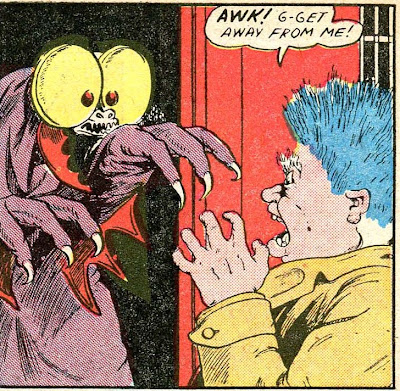 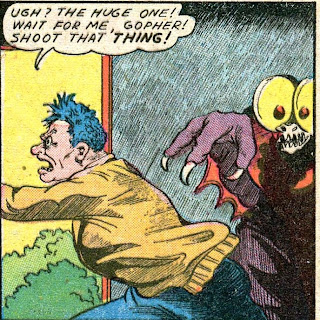 That's pretty much it.  She scares people with this costume.

Although it does lend itself to some unintentionally-amusing moments when she talks: 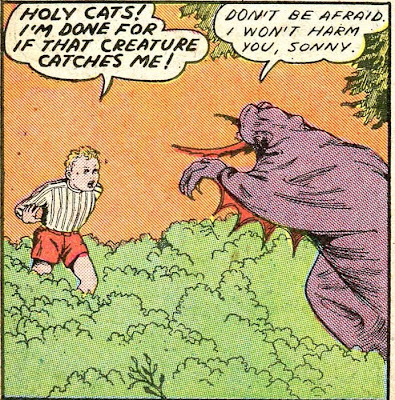 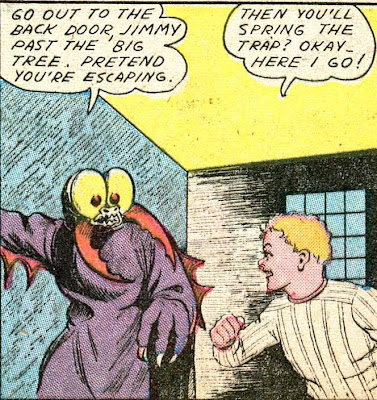 Here's an ad from America's Best Comics #18 that seems just a little out of place: 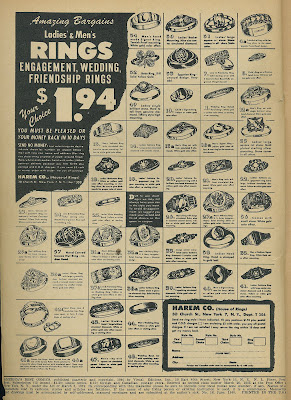 Guys, here's a helpful tip from a guy who has been around a while: Don't tell your proposed fiance you bought her wedding ring out of a comic book ad.  Just don't.

You know that "It's a trap!" Star Wars meme that's flying around?  Here's one for us non-sci-fi nerdlingers, courtesy of Spy Smasher #6: 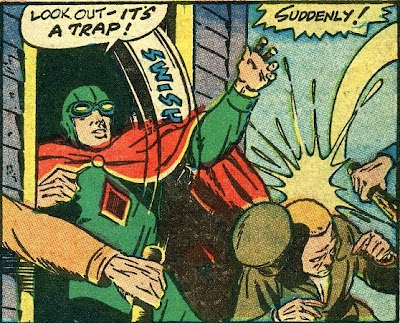 That's right... anything sci-fi does, comics do better.

That is certainly an unusual costume just to have laying around your home. Perhaps Spider-Woman and her father were into some, um, 'unusual' pastimes before he died.