Let's ease ourselves into the weekend with a little silliness from Spy Smasher #9: 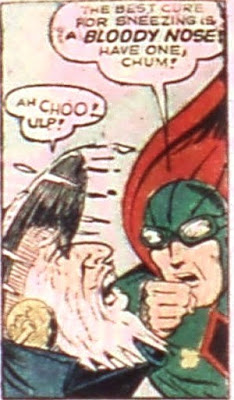 Spy Smasher's medical career was cut short due to his unyielding insistence on treating injuries with more severe injuries...

A little slice of Heaven from Golden Age Green Lantern #8: 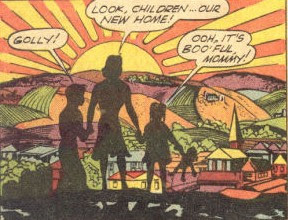 Biggest variety of uses of anything I've ever owned?  That's a pretty bold claim.  I have a jug of vinegar that has a lot of uses.  Don't believe me?  'Chere. 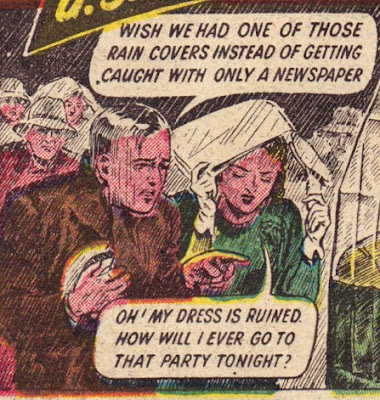 I'm pretty sure they had umbrellas back then.  I'm not even going to Google it.  That's how certain I am. 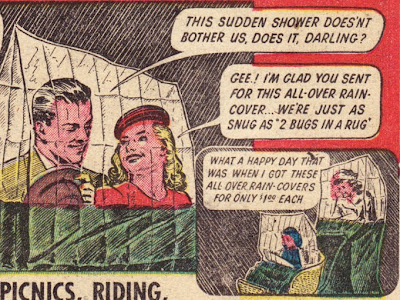 Well, okay.... it keeps the rain off.  What other variety of uses does it have? 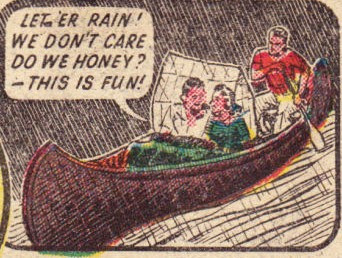 Okay, sitting in a canoe covered by this thing really isn't a different use of the product.  I don't know what you're trying to pull here.  And I'm sure the guy rowing in the rain appreciates how much fun your inconsiderate self is having. 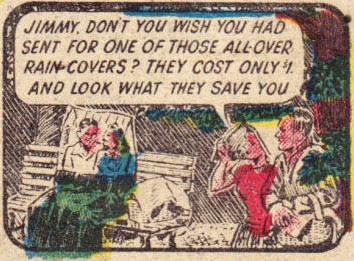 Would it give you one less thing to complain about, Eunice?  Because if so, it's a bargain at twice the price! 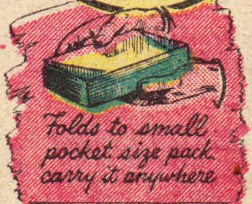 I don't know about this particular claim.  If those are regular adult hands, you'd have to have a really deep pocket.

That made me think of when I was a tyke and my elementary school had an annual carnival.  I spent all my tickets at the "general store" buying comic books that people had donated.  Anyway, there was always a grown up they dressed in a clown costume with these really huge pants pockets and called him "Pockets the Clown" or something like that.  The gist was, you gave him a ticket (tickets cost a dime, I think) and you'd reach in his pocket and pull out some cheap plastic trinket or toy.

Just in case you missed it: Children were reaching in the pants pocket of a full grown man and paying him for the privilege.

No arrests were made of which I'm aware, but I would be floored if that sort of thing took place in this day and age.  Ah, the innocence of youth.

Adam just a quick note to say Hi and I read you every day -- you come up with GREAT treasures and your comments are hilarious!

Awww... thanks, Robert! Keep your panels comin' so these folks don't get bored with MY stuff!