If You Want Me to Like You, You'll Kill Green Lantern!

When you're reading a series from long ago and there are some inconsistencies with how you know the character to be, you know that the change clearly took place at some point.  For example, we've seen in the first several issues of the Golden Age Green Lantern that Alan's weaknesses were... what we shall charitably describe as "inconsistent from a logistical perspective."  But Golden Age Green Lantern #9 puts a stop to that once and for all: 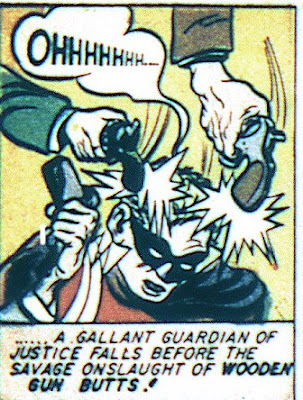 Got it?  WOODEN gun butts!

Oh, and here's the first appearance of something rather familiar to those of us who waltzed in during the Silver Age: 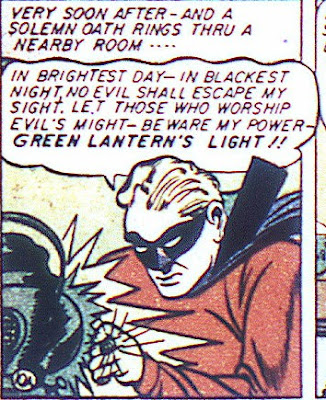 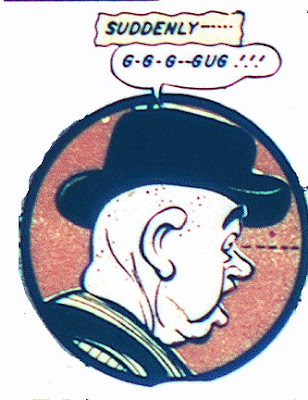 Doiby fell in love with an evil woman (as if there were any kind of woman but an evil one!) who has evil intentions: 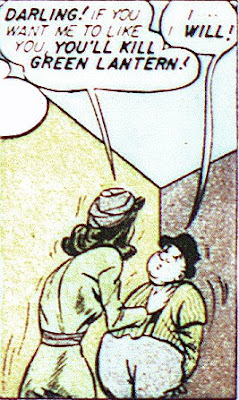 Anyway... just in case you missed it the first time: 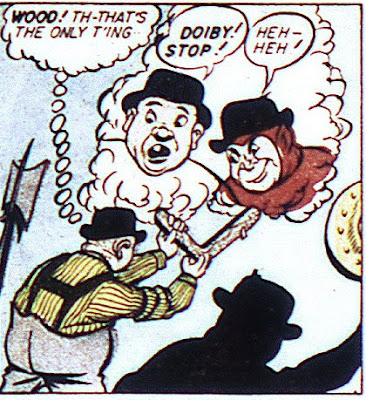 That's right!  WOOD IS THE ONLY THING!

And I know you guys are going to fuss if I don't tell you whether Doiby attacked Alan, so... 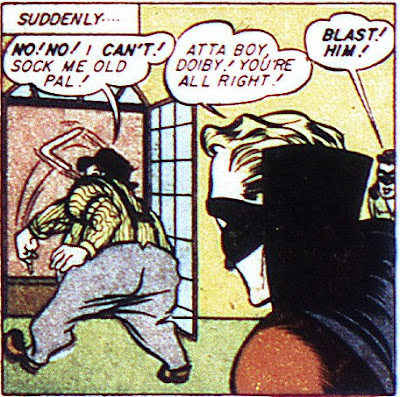 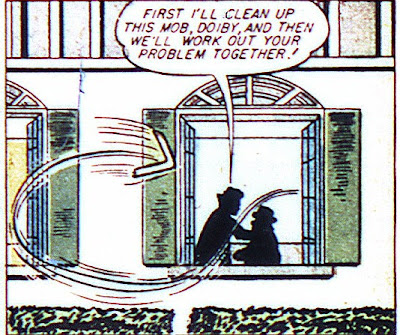 Doiby, being a taxi driver, probably knows exactly where to go to relieve his girl problems. 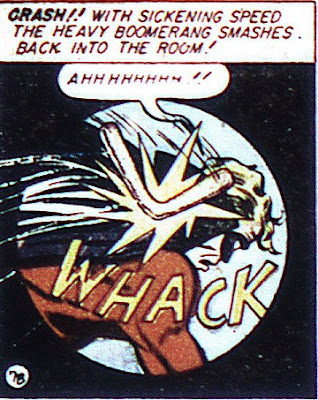 And then something else happens... I'm no physicist, but that's some weird trajectory there.

Anyway, once again, just so we've established this.... 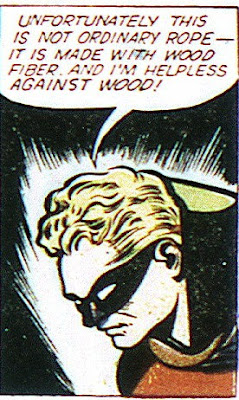 Wood is now the problem.  Everyone on board?

And then this happens at the end: 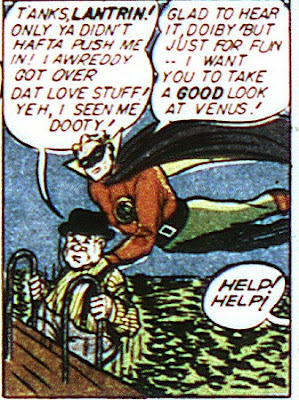 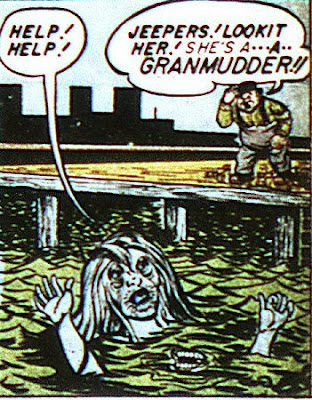 I believe the kids these days would say Doiby was catfished.

Or catfishin'.  Something about catfish.