Pretty exciting stuff about a Flash spin-off from Arrow, eh?  I remember the series from the '80s... heck, I have it on DVD and watched the whole thing a few years back!  I actually enjoyed it more when I watched it decades later from the original airing, so I've got high hopes.  Heck, if they're bringing in super-powered types to the Arrow universe, I'm all in favor!

They sure look confused, don't they?  Know why?

Because someone drew Green Lantern's legs on backwards: 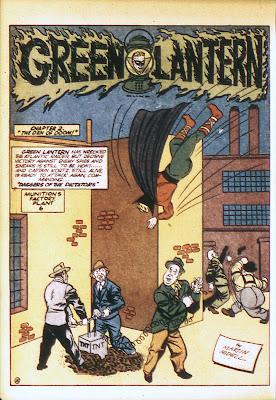 I'm sure some folks see it as an angle thing, which only means Alan is doing the backstroke, which makes even less sense.  Again, I am no artist, but this is perplexing, indeed! 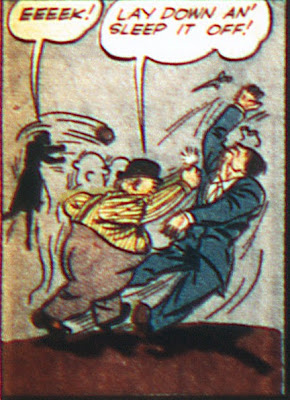 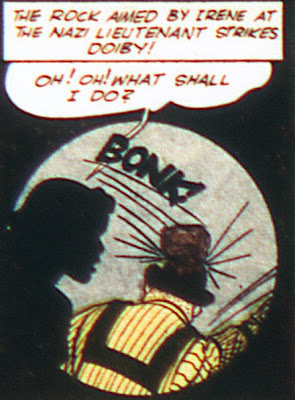 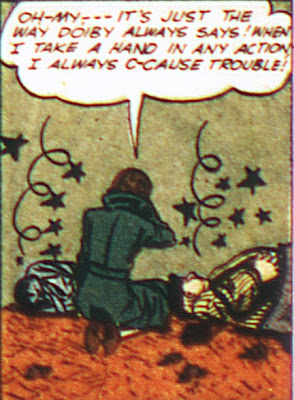 And now she just sits there, leaving poor Doiby with a concussion while she feels sorry for herself. 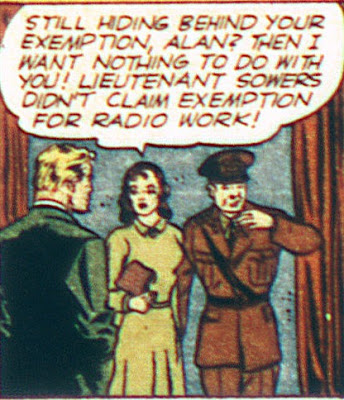 I want nothing to do with you, Alan!

Well, I'll still draw a paycheck, but it's going to be mighty chilly around here!

Infuriatingly enough, Alan does give in to peer pressure and signs up.  I have no problem with people joining the military if they choose to, but I have big issues with Alan signing up just because Irene has put on her patriotic bitchypants.

Oh, and we've now decided that Alan's ring only works on metal.  So, rather than be effective against everything except one particular weakness, Green Lantern can now be defeated by a Q-Tip: 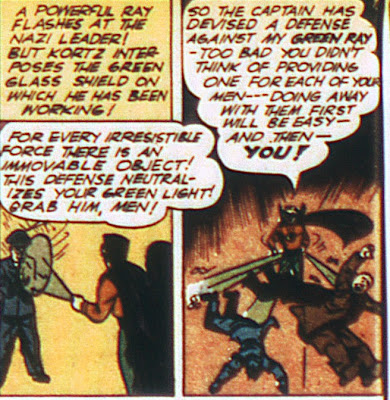 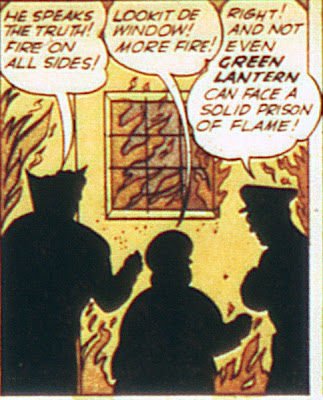 Yeah, wake me when everyone has decided to just go with the wood weakness, okay?  Preferably before Alan dies a completely preventable death? 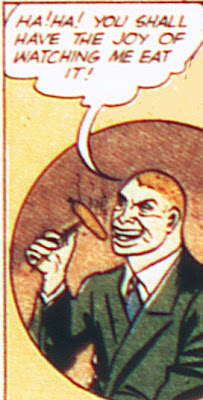 This has been a CMNS Moment of Comic Book Greatness! (tm!)

Before we wrap it up, can I share something that has been bothering me? 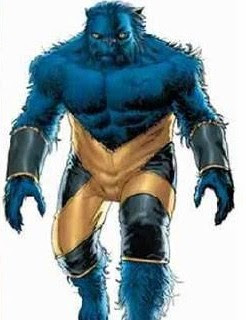 I've been a fan of the Beast since the mid-70s, but this looks like (a) he's either wearing a girdle or (b) he's sending the message that all things lead to his crotch or (c) both.  The X-Men costumes were really cool back in the Byrne era, then... I'm not sure exactly what happened, but things really took an unfortunate turn.

Email ThisBlogThis!Share to TwitterShare to FacebookShare to Pinterest
Labels: Costume Hall of Shame, golden age green lantern, I'm not saying I could do any better as an artist but..., my powers are a secret even to me, shut up irene