Spider-Man, Giant-Man, Meteor Man... Man, This Spider-Man Book Should Have Been a Lot Better

PPTSSM #41 had a guest appearance by Giant-Man.  No, not that one.  Nor that one.  The other one. 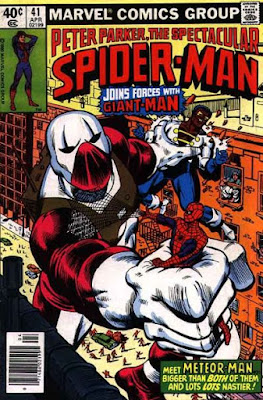 Believe it or don't, this Giant-Man's alter ego, Dr. Bill Foster, ran around the Marvel Universe for nine years before getting super powers, which is unheard of for a comic book character who worked in a lab.  He had a solo book of his own back when he called himself "Black Goliath," but it didn't make it beyond the five issue mark.

Anyway, this issue also has Meteor Man.  No, not that one:

Although that Meteor Man did have a Marvel Comics adaptation of that movie, so... there's that.  But no, we're talking about the unfortunately-named Norton Fester, who was originally called the Looter (which was a pretty cool name) and changed it to Meteor Man (which is not a cool name).

But stupid name aside, Eminem was always a lot more trouble than you might expect: 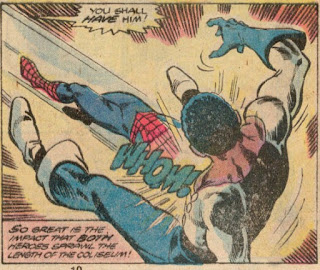 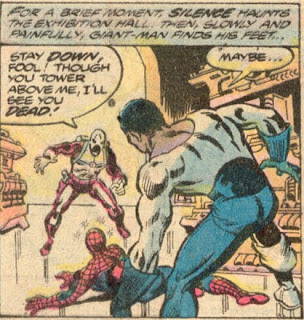 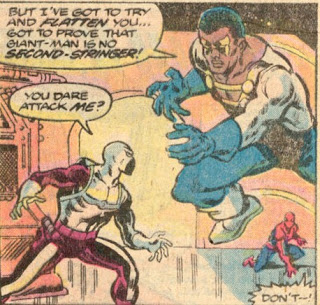 I'm certainly no hero, super or otherwise, but I don't think it's good combat strategy to use your insecurity as a battle cry.  "I have to prove myself!"  "I'm afraid of owls!"  "My father was always out of town!"

And then we have this awkward moment: 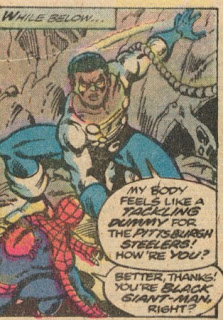 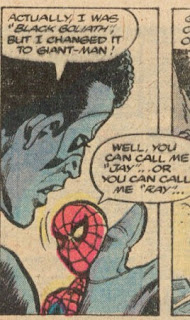 But even with Giant-Man's help, Spidey still can't seem to get a clean win in his own book.  Check it out: 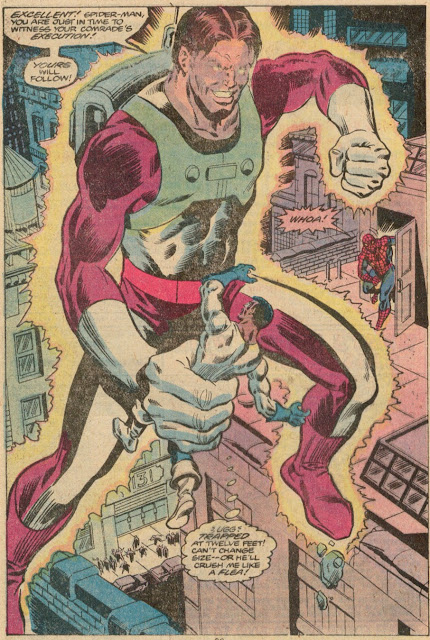 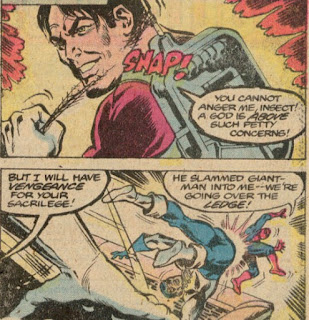 And what do our heroes do?  Fall to the ground and wait for the bad guy to defeat himself.

... which I suppose I shouldn't criticize too much, because it seems to work out for our hero.  But seriously, do you buy a Spider-Man comic to watch him just pester bad guys until they get so fed up that they do themselves in?  Because that seems like the primary strategy here.

Bill Foster never got much love in the Marvel Universe, which is a shame.  He would wrestle with illness, have some long-forgotten team-ups, and ultimately retire from the hero game.  That is, until he returned for Civil War.  Go get 'em, Bill! 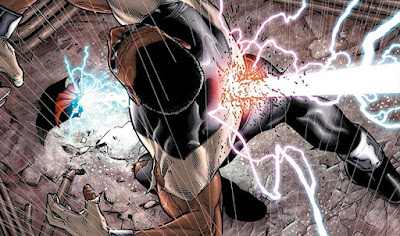 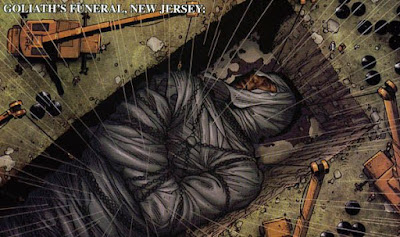 Yeah, he was giant-sized when he was killed, so he was buried in 37 cemetery plots.  Fortunately, it seems like the Big Two reboot their entire universes every three months, so maybe he'll see some love in the future.  I, for one, would love to see him back.