So, I think we've all accepted that PPTSSM isn't exactly comic greatness... and that works out fine for me.  There's nothing more frustrating than reading a comic and not finding any blog material.

Anyway, we're at issue #41.  You may recall Spider-Man had turned into a lizard thing: 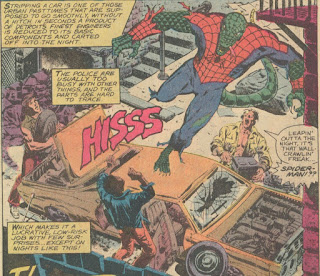 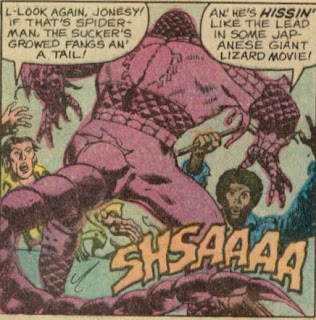 If you were a child in the 1970's (as I was), you couldn't resist the urge to take the cloth costume off one Mego action figure and stick it on a different one.  I'm thinking someone took the costume off their Spider-Man figure and stuck it on the Lizard one and that's how we got here.

Really?  "Get him"?  Even if I thought this gigantic lizard didn't have Spidey's powers, I would think the fact that he's... you know, a giant lizard would have encouraged a hasty retreat.  But, you know, it's an unspoken law of comics that bad guys rarely have enough sense to retreat unless they see Batman, so: 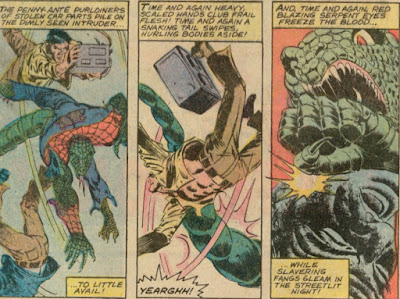 And some stuff happens, and things escalate to SWAT levels: 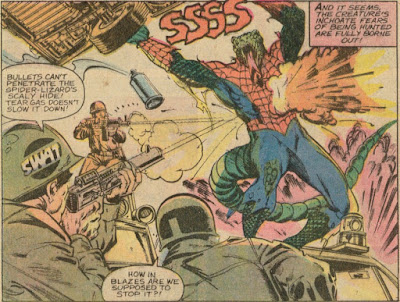 And you'd think the whole thing would seem more awesome, but it's seems everyone in SWAT called in sick that day except those three guys, so...

Anyway, this gimmick clearly isn't going to have much in the way of staying power, so how do we get out of it?

If you said, "Curt Connors would develop an antidote because that's really the only thing that will work besides a random lightning strike..."

You win!  I don't know what you've won.  I don't give out prizes.  I don't have Pioneer Woman budget to work with here.  Just consider yourself a jaded comic book reader and find happiness in that. 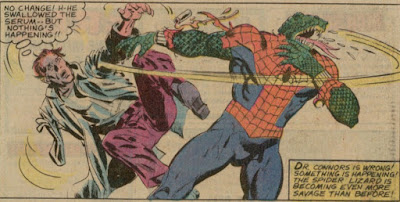 Oh, the antidote isn't working!  Who saw that coming? 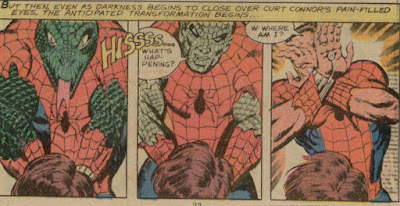 Whew!  Just in the nick of time!  Can you handle the suspense and the sheer originality of it all?

Oh, hold on!  You're getting your 40 cents worth here!

Trapped in a sewer behind a grate?  Can Spider-Man tear through it? 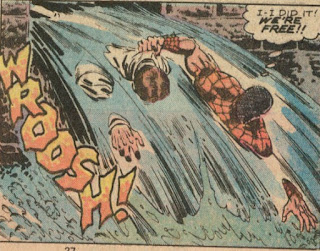 Yeah... in three panels.  As if the guy who can crush bricks in his grip couldn't tear out a grate.  What's Iron Man up to? 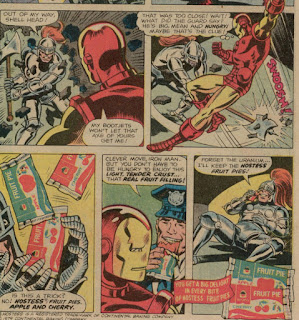 Hmmmm... I think he figured a few Hostess Fruit Pies would be cheaper than buffing out the minor scratches that dude would have put in his armor.  Moving on... 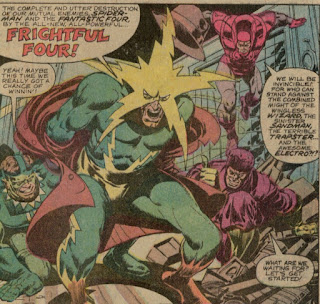 Your place is valueble for me. Thanks!… gsn casino

I like your all post. You have done really good work. Thank you for the information you provide, it helped me a lot. I hope to have many more entries or so from you.
Very interesting blog.
vstflex.net
Reaktor 6 Crack
Lounge Lizard Crack
Avid Sibelius Ultimate Crack

I like your all post. You have done really good work. Thank you for the information you provide, it helped me a lot. I hope to have many more entries or so from you.
Very interesting blog.
wonderlandpc.com
Lounge Lizard Crack

Your posts are very helpful. Thanks!