First, we get a visit from that security guard who shows up in comics who talks to himself way too much: 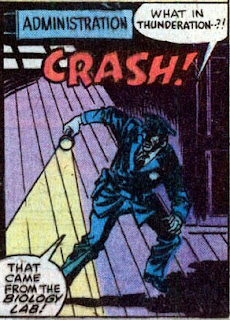 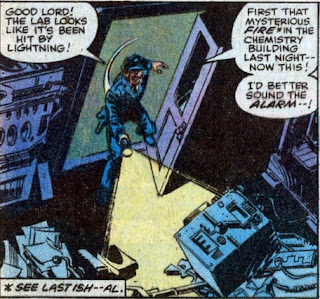 I mean, I'm sure it's a lonely job and all, but if there's trouble, should you really be articulating your game plan?

Seriously, this guy needs to join a bowling league or something.

Hey it's the first appearance of Marcy... something. 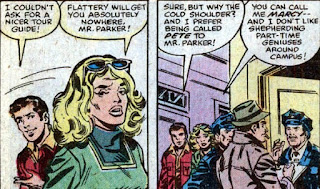 Hmm.... she doesn't seem too nice, yet I still prefer her to the "One Art Major who blah blah blah" that hangs out with the White Tiger.

Anyway, this is what the monster was: 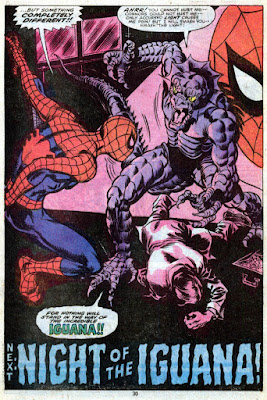 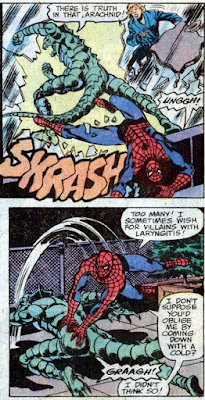 There isn't a thing about this creature that separates him from the Lizard, and the Lizard isn't that great a foe in his own right.  Anyway, the strategies for this boss fight are the same: Avoid the tail and jump around a lot. 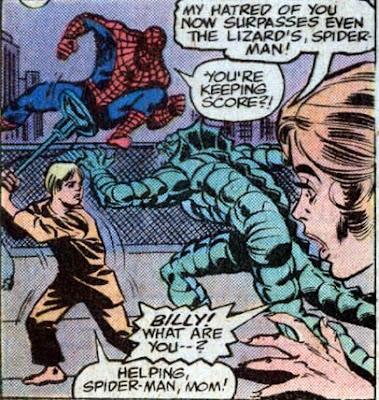 Yes, Billy.  Spider-Man has his hands full with a homicidal giant reptile, and you're in your pajamas.  Spider-Man clearly needs your help. 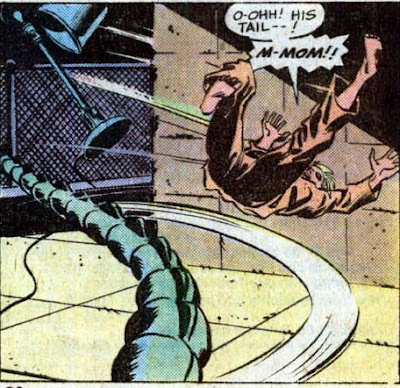 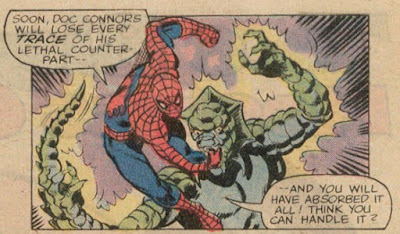 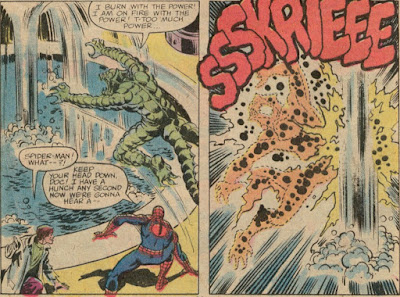 The power I so desperately wanted is proving to be my undoing?  Oh, cruel irony!

And now we have this:

It wouldn't hurt my feelings if we never saw either again, but heck.. death itself is rarely the end of a character in comics, so you know they'll both be back to bore me sooner or later.

Don't be so down on Marcy Kane - she turns out to be (SPOILER) an alien. But it's revealed in a non-Spider-Man book.

Hey, as long as she doesn't refer to herself as "I am one science major who loves to" whatever, she's fine with me.