In Which I Should Have Enjoyed this Story More Because it Featured THE SWARM!

Behold the glory that is PPTSSM #36! 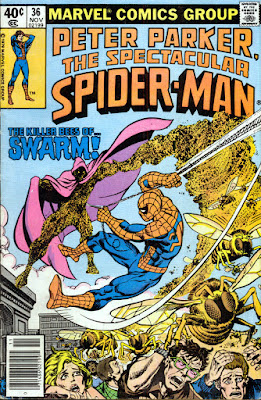 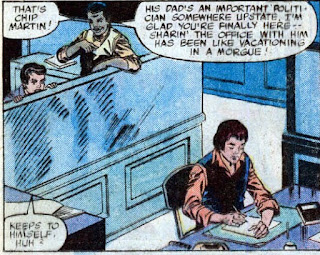 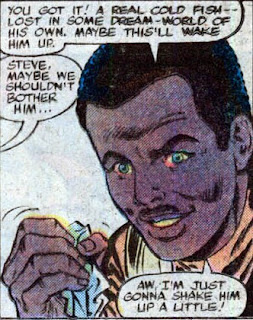 Yes, because Steve has to stop all this "working quietly" business! 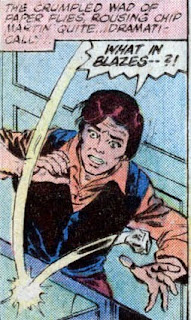 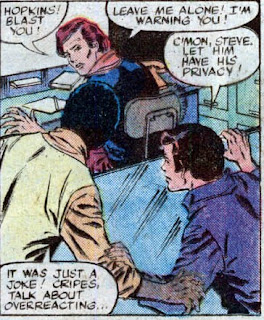 Granted, Steve didn't exactly throw a flashbang on Chip's desk, but it really grinds my gears when extroverts feel like introverts have some sort of character flaw that needs fixing.  I'm sorry Chip doesn't share your childish, insatiable need for attention, Steve.  You certainly seem like someone worth his time.

Anyway, that's pretty much all that happened in that issue, which is disappointing, because... THE SWARM!

We've got much more of THE SWARM! in the next issue.  Thusly: 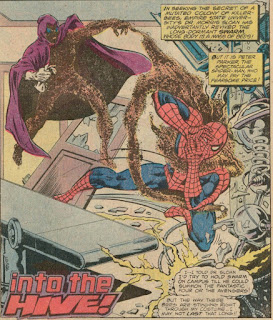 And I notice early on that Spidey is surprisingly ineffective here: 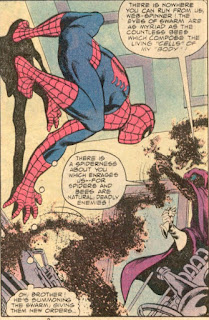 Okay, first?  "Spiderness"?  Turns out it's totally a word.

Second... THE SWARM! is correct: 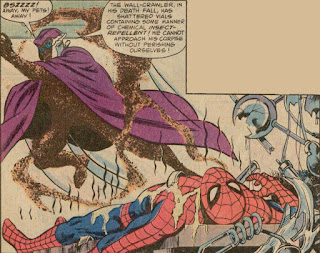 Yup.  Spidey got pantsed by THE SWARM!  It was blind luck that he wasn't killed on the spot.

And this is the fundamental problem with the otherwise perfect character that is THE SWARM!: You can't really defeat him.

Unless you do something really boring like mix chemicals: 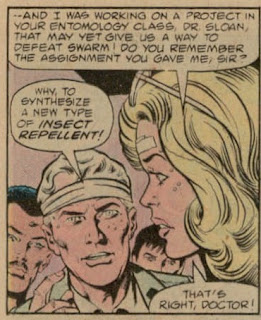 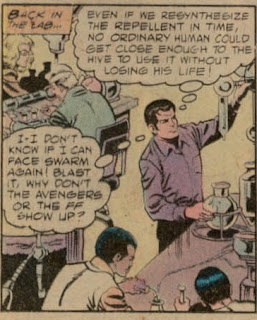 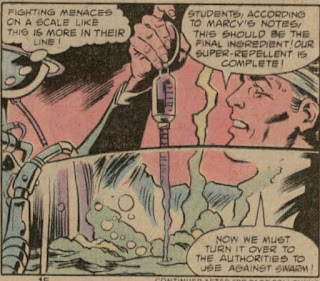 WHOOOOO!  Slow down, Marvel!  My heart isn't what it used to be and can't stand all the action!  Pause and let an old man catch his breath!

But then we have this and I forgive everything: 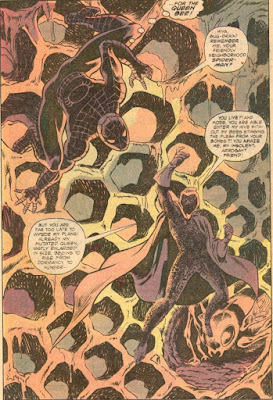 That was pretty bitchin'.

But the big fight is... just this: 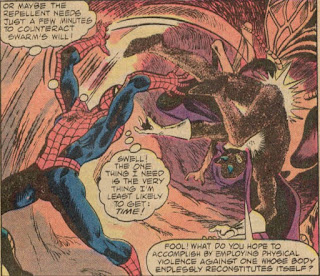 Hope that was enough Spider-Man action for you, kids!  Because that was it!  Chemicals!

And while this was going on, Captain Marvel had to give Twinkies to some guy who I'm calling, "Professor Butthurt," for obvious reasons: 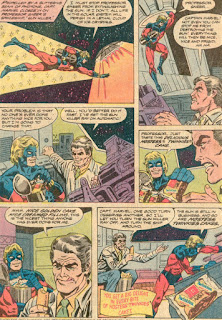 Kind of an odd subplot there, but anyway... Chemicals! 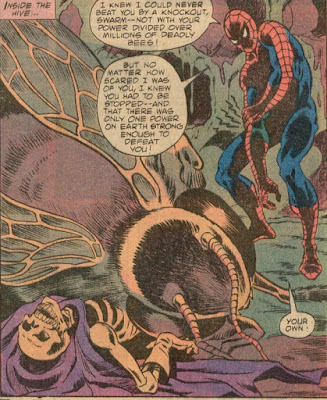 Okay, it wasn't great, but my expectations for this title are going down pretty quickly.  See you soon!