Darter! You Could Have HELPED Me!

So, when we last left our hero, we were given the motive for Carrion in that... I don't know.  Clones.  Gwen Stacy's death.  Something.

Anyway, take a look at this: 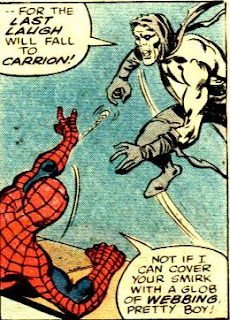 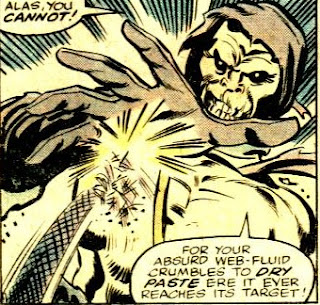 Okay... just in case I wasn't clear about it before, anything organic that gets touched by Carrion decays.  Everyone with me?  Okay.  Remember that for later.

But first, it's another appearance of Darter!

I'm thinking he needs to be in the Character Hall of Fame (tm!) because he amuses me so.

Anyway, back to this: 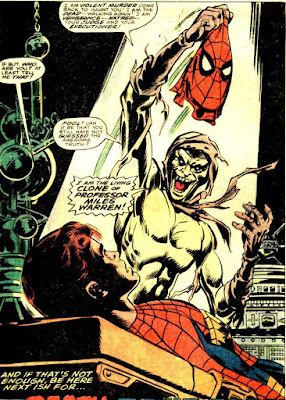 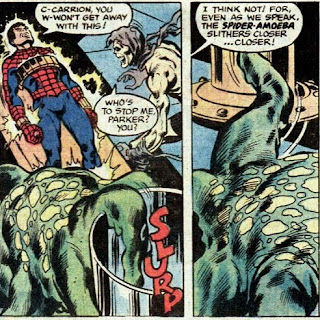 Do you think this "become one with Spider-Man" might have put the idea for the alien symbiote in someone's head which gave us Venom. 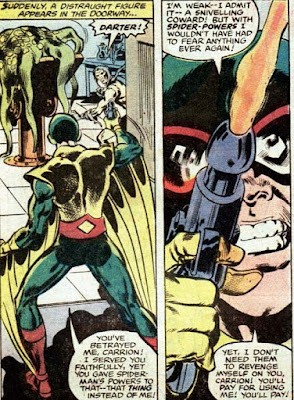 Well, so much for that uprising.  And I admit, the fact that he's getting murdered notwithstanding, it's awesomely hilarious.

Why do guns in comics and movies and such always go off when they're dropped?  Firearms don't work that way.

Anyway, remember when anything organic that touches Carrion decays? 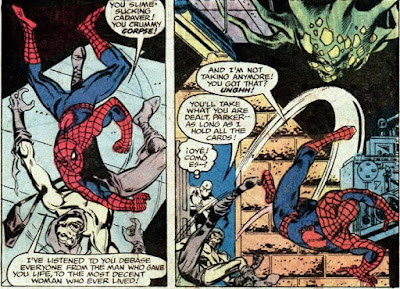 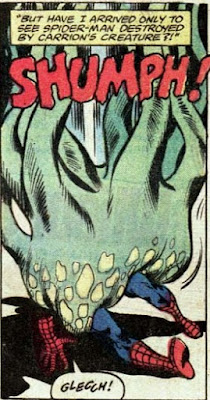 But remember how everything organic that touches Carrion decays?

Time for the obligatory come-uppance: 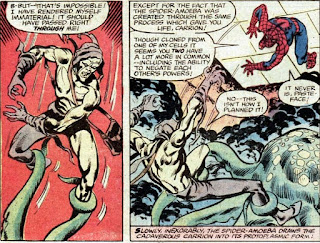 Oh, no.  I am being hoisted on my own petard!

That's from Hamlet, by the way. 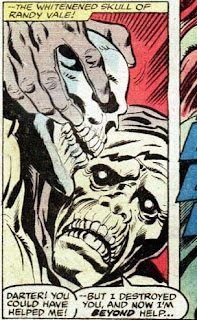 Okay, we're getting far too highbrow for me.