Batman and Catwoman Fashions! Collect Them All!

And we're back!  Let's get back into our groove thang with some random Batman panels.

Every few issues of Batman in the later 100's was a reprint issue.  Sometimes, that's handy because I'll see things I missed the first time, like this shot of Batman and Robin in loincloths fighting a giant gorilla:

Catwoman's outfit there was the go-took look not only for the Golden Age, but she reverted back to it (well, the boots were different, but I'm a guy so I don't really count that) in the 1970's.  In the interim, we had this:

Because nothing says "I'm trying to look like a cat" like wearing green.  It's not that it isn't more functional than the skirt, it's just that... well, I haven't seen very many green cats, and I'd certainly remember if I had.  And, to be fair, it's not like there are that many light purple cats either, so I can't argue that the first outfit makes a lot of sense.  It's just that... green doesn't say "cat" to me.  Is it just me?  It can't be me, because that look didn't last long. 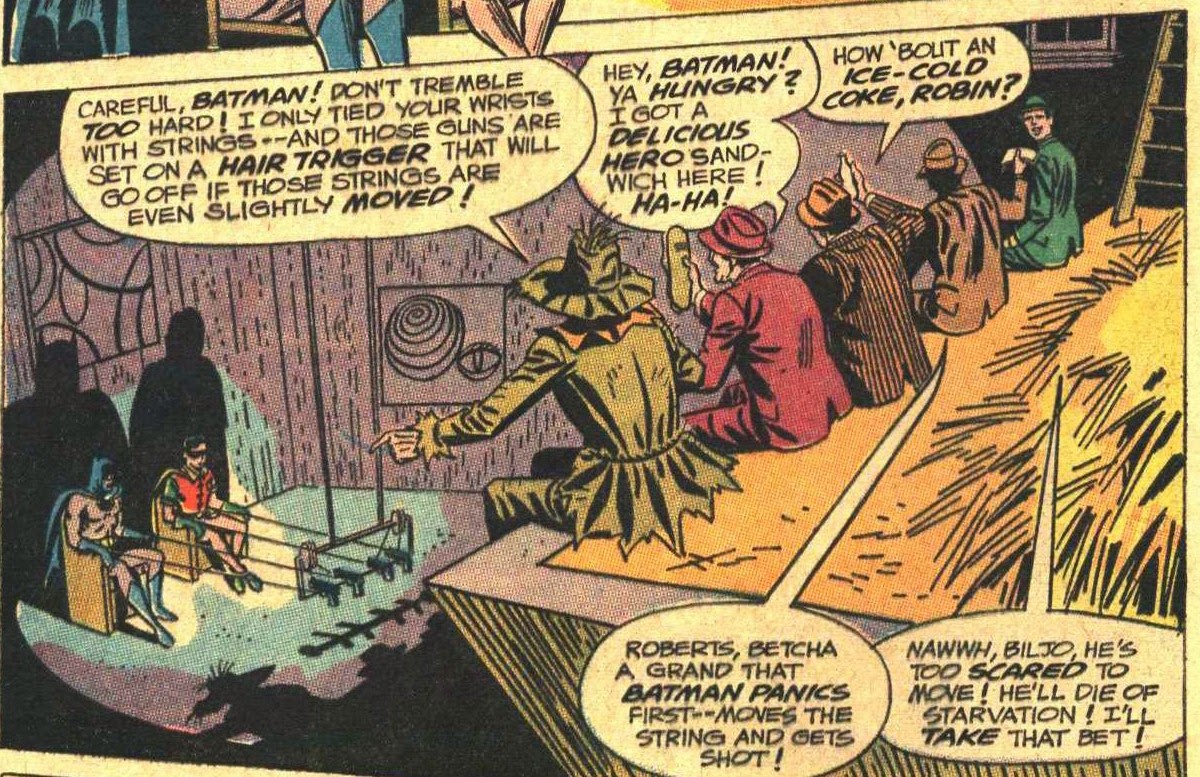 I'm pretty sure this is a regular immunity challenge on Survivor. 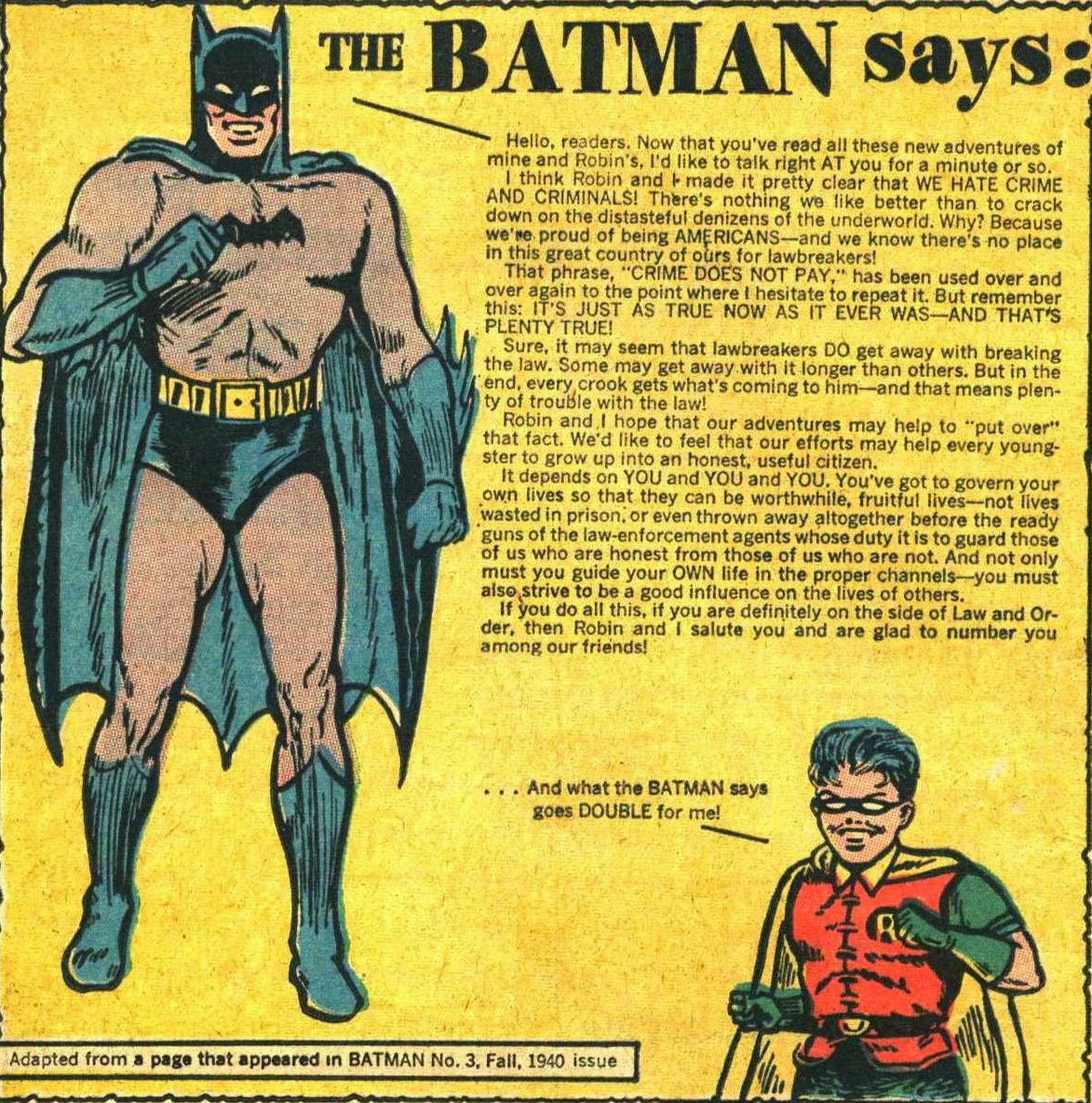 Not that I don't agree with what Batman is saying there, but... Shut Up, Robin. (tm!)