Okay, I promise this will be my last look at Our Flag Comics #2, but there was more to this and I just have to share it.

First, just in case you didn't think the Flag could get any dumber, check it out: 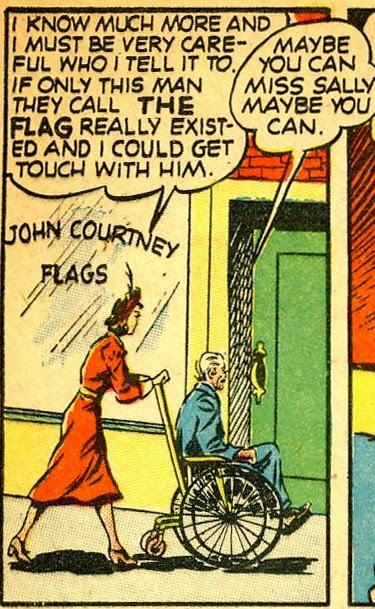 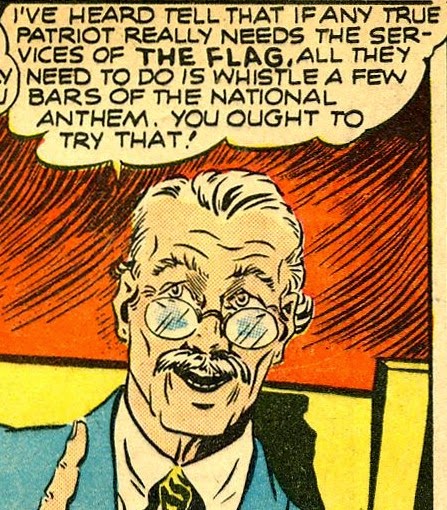 What?  When was this decided?  This is only the second Flag story and I don't remember this being established at all. 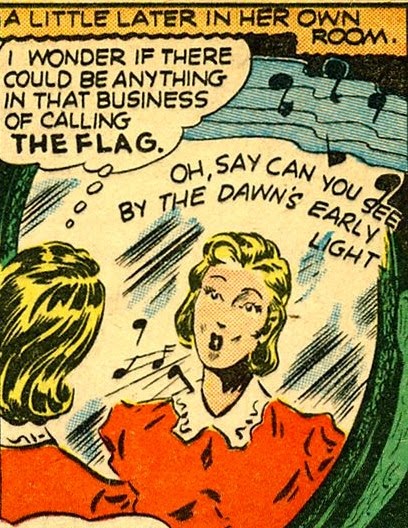 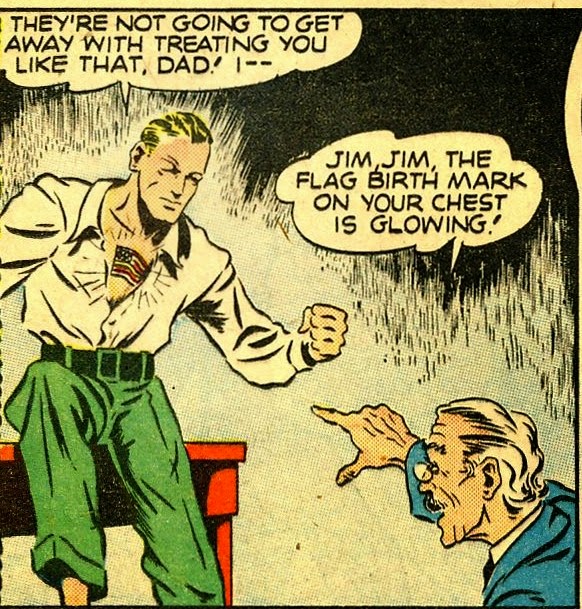 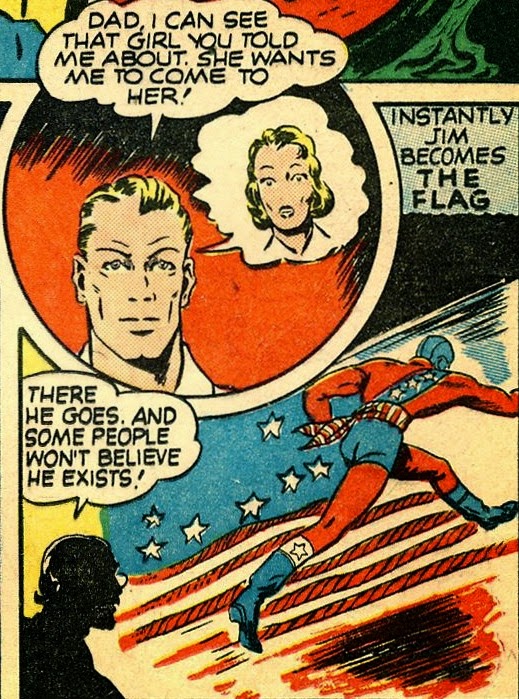 So if you're about to get gored by a rhino, just start singing the Star-Spangled Banner and everything will work out.  And what the heck happened to Miss Sally's nose in the last panel?  Maybe the Flag thinks she's been horribly disfigured and needs emergency medical attention.  Heck, maybe he's just into chicks with no noses and is in for one big disappointment.  I don't know, but the notion that I have to sing the Star-Spangled Banner to call on the guy is so corny it's downright hilarious.

Hey, remember the Unknown Soldier from Our Flag #1?  He changed his look: 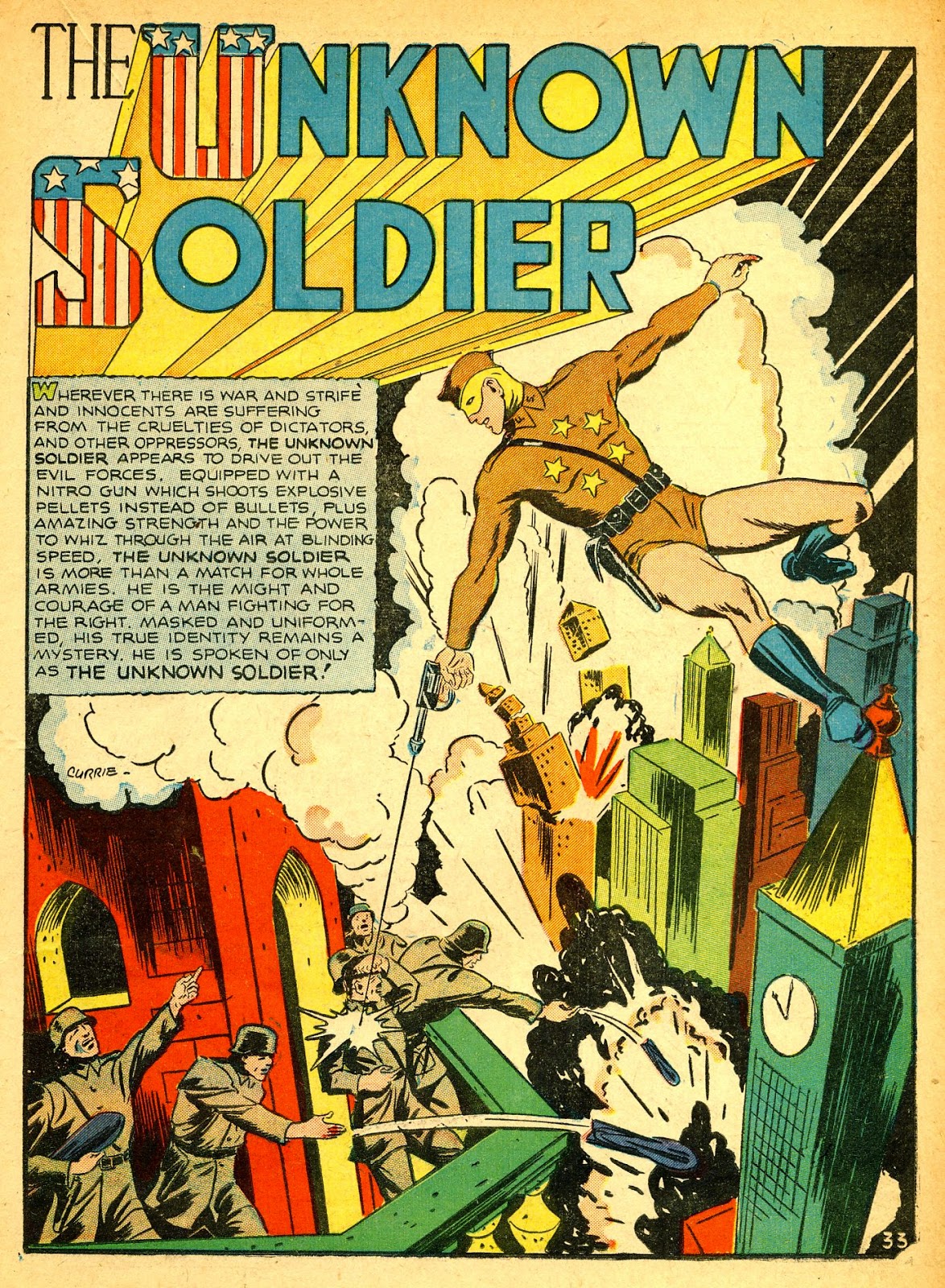 I can handle going to the khaki colors because it looks more soldierly, but why does the new look put him in short pants?  Why?  WHY? 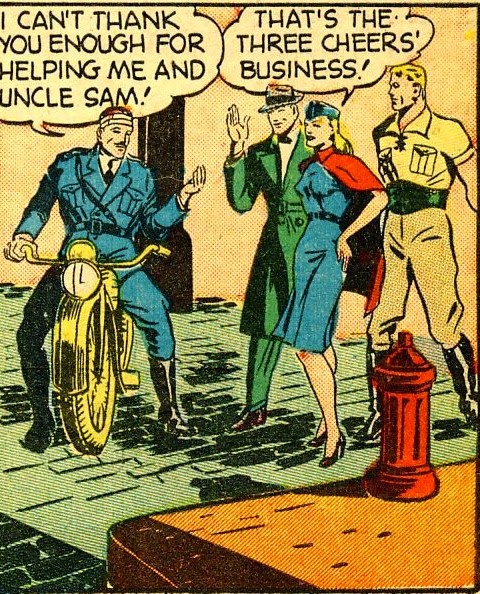 Yes, those were their names.

For those who are fortunate enough not to know, "Sis Boom Bah!" is an old cheer dating back to the mid-19th Century.  The "sis" was the sound of a firework going up, the "boom" was the detonation, and the "bah" was the crowd reaction (which was supposed to be a noise made in awe, not like "bah, humbug.").

They were vaudeville performers who tried to join the military, were framed of a crime they didn't commit, blah, blah freakin' blah, and Sis was really good with her mouth.

No, not that way.  Ya perverts! 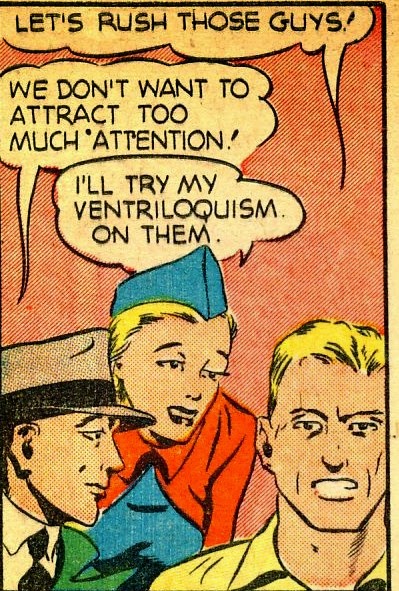 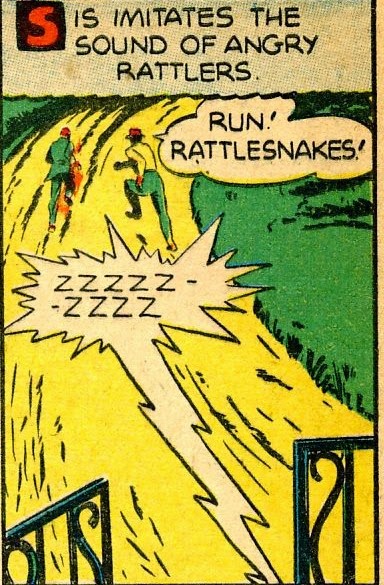 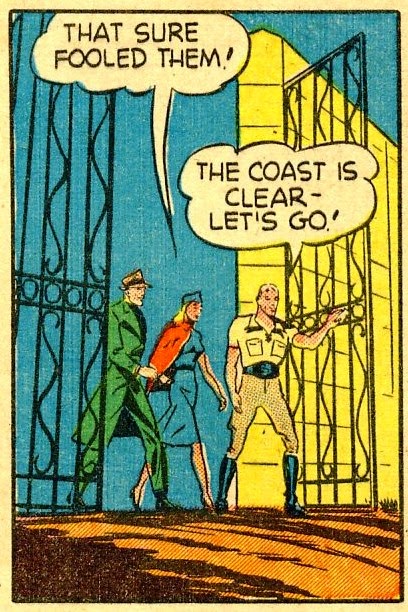 Man, these guys were annoying.  Like movie versions of "Pippi Longstocking" annoying.

And yes, that was random.  Didn't Pippi Longstocking do tricks with her voice?  Maybe that's where I'm getting that.

The writers of the State Farm commercials must have read this comic.