One thing about Public Defender in Action is that he makes Flash Lightning look awesome.  Here he is from Sure Fire Comics #2: 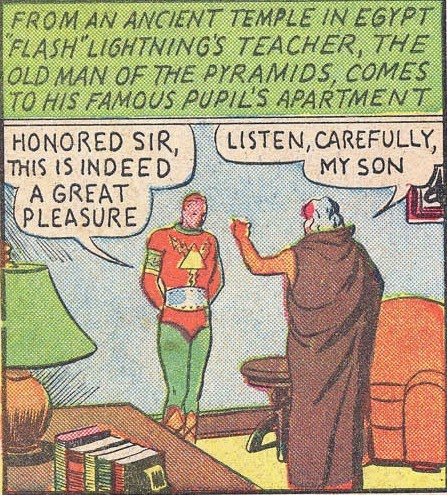 Hmmm... the Old Man of the Pyramids has the ability to give you superhuman powers, but he can't use a telephone?

Anyhoo, there's a bunch of expository build-up I didn't read, Flash is given his marching orders, and thusly: 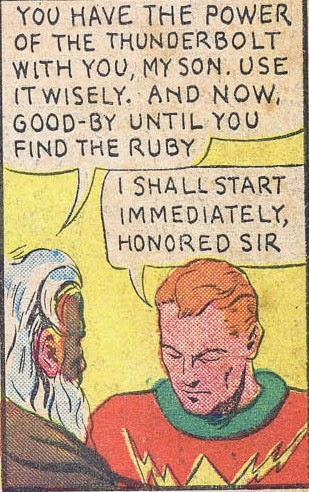 I find it hilarious that he just shows up at Flash's apartment like that.  It's almost as funny as the fact that Flash Lightning appears to have no clothing options other than his costume.  Can you imagine if your boss showed up at your place like that?  Seriously, if being a hero involves getting powers from some old guy, consider what you're getting yourself into.  This borders on Labor Trafficking.

But then I start to lose all sympathy for the guy.  Thusly: 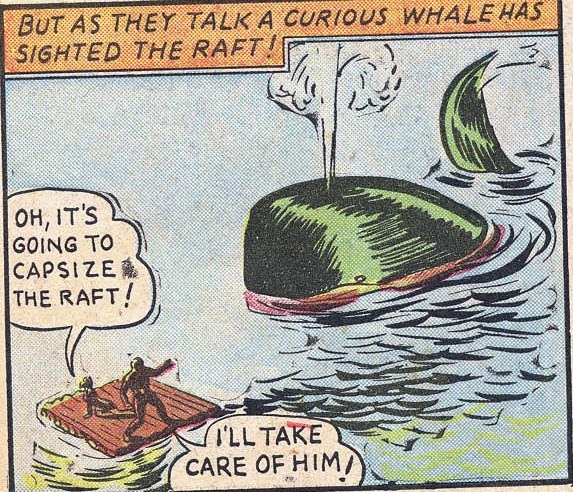 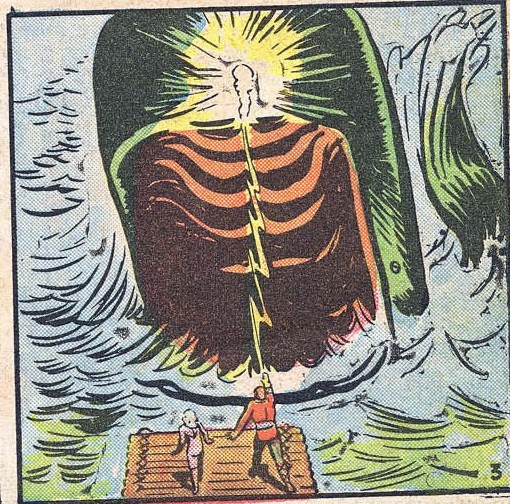 That was a pretty sad move there, Flash.  All those superpowers, and you just couldn't get yourself and the girl away from the curious beast?  I mean, you can fly and all that.  It looks to me like you electrocuted a whale for no good reason whatsoever. 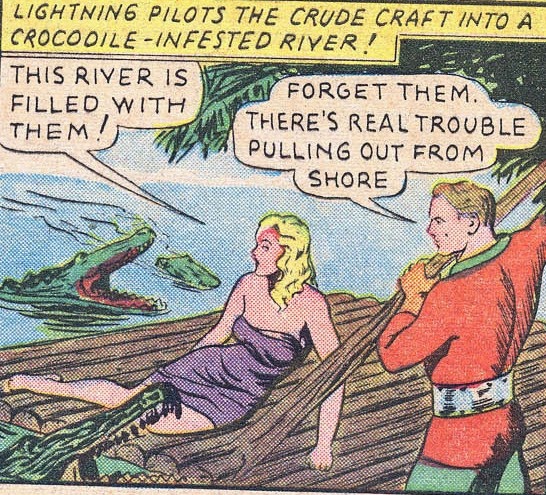 Okay, these crocs are more aggressive than the poor whale, but still... they're being kept at bay.  And, not to belabor the point, but nothing is stopping Flash from simply scooping up the girl and flying to shore.

Anyway, the point is that the crocs can be dealt with peacefully.

Unless you're Flash Lightning: 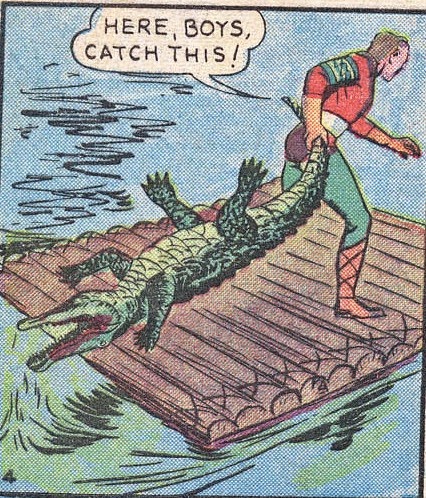 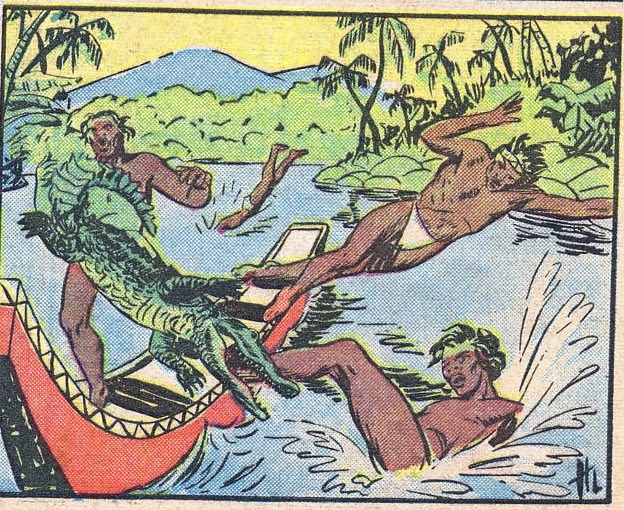 What a putz this guy is.  And then there was this: 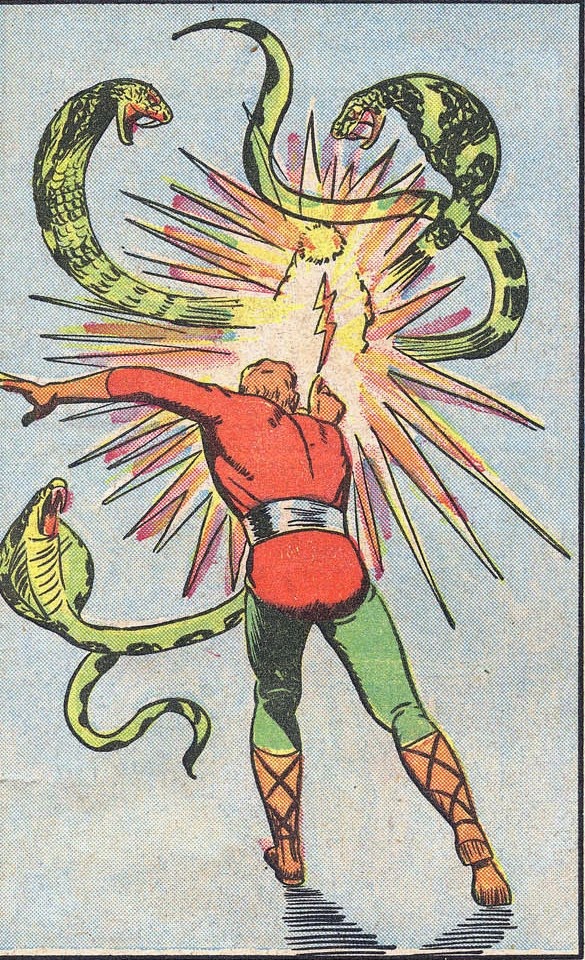 It looked like that may have been the first act of self-defense against an animal I've seen in this story, but after taking everything into account, I'm really not inclined to give Flash the benefit of the doubt. 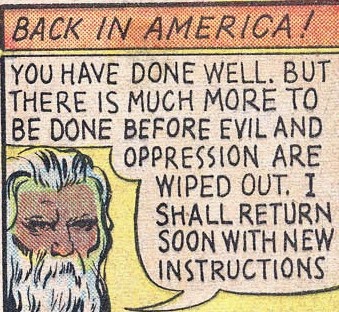 Yeah, I bet you will.

Flash Lightning is obviously a Republican.

Don't be too sure. Doris Day is a Republican and she's an animal rights activist.