What a Shame to Dismember a Thin Person, But if I Must...


The time has come to check out a CMNS Moment of Comic Book Greatness (tm!), courtesy of Spy Smasher #3.  For you historians, this is the first issue of his own title where he switched his costume from brown to green, which wasn't nearly as practical but looked a lot better nonetheless: 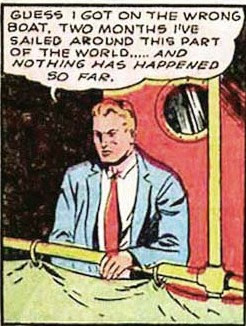 "So," you're thinking, "is Adam just being silly?  What's great about that?"

Well, it was the set-up for THIS: 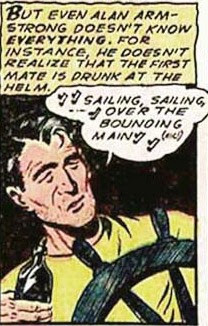 YEAH!  Apparently, Alan Armstrong was on the Exxon Valdez.

This has been a CMNS Moment of Comic Book Greatness! (tm!) 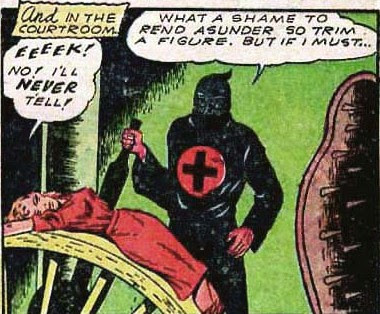 Apparently, fat-bashing has been around a looooong time. 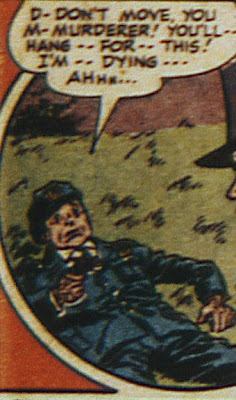