A Few Roos Loose in the Top Paddock, He Is! 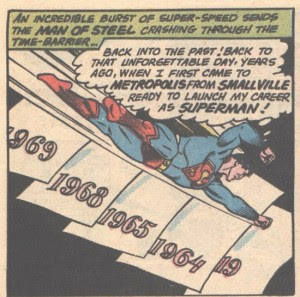 I don't know why we act like time travel is so dang unlikely.  Clearly, we just have to follow the convenient calendar pages! The Time Barrier is easier to navigate than an interstate!

From Adventure #301, we have confirmed that Superman blows.  And that he also has a skewed perspective on what's important: 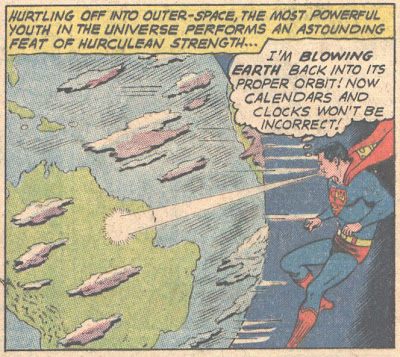 Yeah, if he's moving the Earth around, I'm a bit more concerned about earthquakes and tidal waves.  The last thing I'm worried about is the accuracy of my Goats in Trees calendar.

You think I made that one up, don't you? 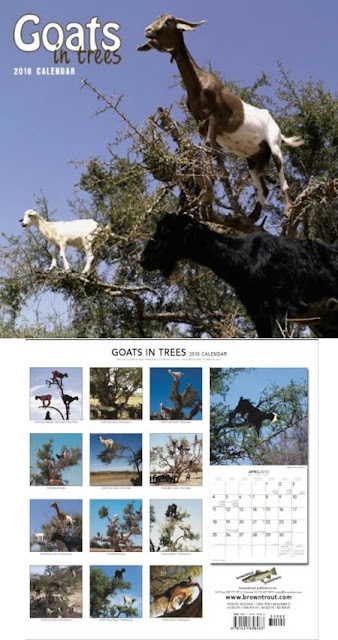 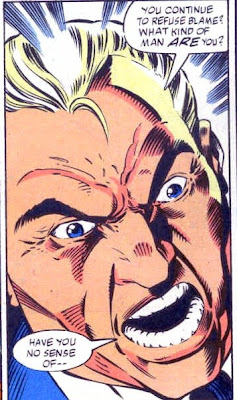 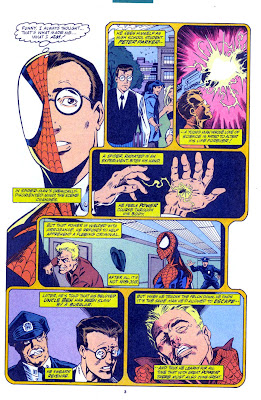 I haven't posted every time we've seen the origin flashback, by the way.  I try to limit it to once every five or six sightings.

And here's something that caught my eye from Amazing #345:

First, Boomerang was born in Australia but raised the United States, so I don't know why he's getting all Crocodile Dundee there.

But more to the point: 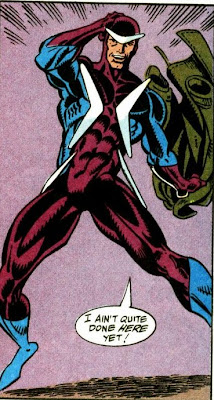 Okay, no one working on the docks noticed the magenta pants and the bright blue boots?  I realize that New Yorkers are a pretty jaded bunch, but it seems like someone would have called him out on that.  You know, like the Seinfeld episode where Jerry had to wear cowboy boots?  Those are much worse.

Email ThisBlogThis!Share to TwitterShare to FacebookShare to Pinterest
Labels: origin montage, spider-man, superman, We GET It

I know exactly how I'd react if a man in skin tight clothing ripped off his coat and shouted "I ain't quite done here yet!!"

@Vince-- yeah, espeically when he seems to have boomerangs glued to his nipples.