You'd think that a gorilla in a Batman mask would be good readin': 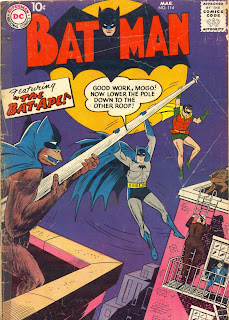 But surprisingly, you'd be wrong. What you see on the cover is pretty much all the gorilla does, which is a shame. It's a shame to waste a good gorilla appearance, you know what I mean? Maybe I'm jaded, but I think we needed a talking gorilla here.

Or, we could show Batman taken out by an old man who threw a wad of cash in his face: 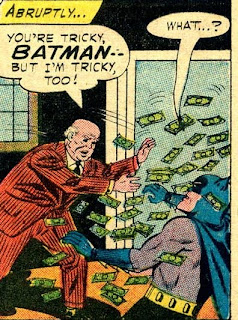 I'm not saying it wouldn't work on me, but only because I would stop to pick up the cash. But isn't Batman supposed to be so stinking rich that he never worries about finances?

Then again, we've seen Bruce keel over when he encountered banana peels. It's amazing Bruce lasted two weeks at fighting crime, if you really think about it.

You know what wasn't as entertaining as I thought? This book I found in an ad: 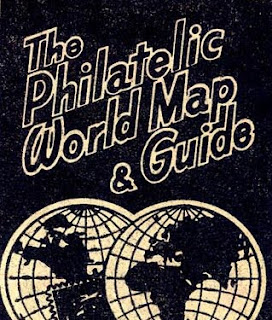 Don't bother - turns out it's talking about stamp collecting. I was thinking something else entirely. Like this off-topic but brilliant expose of Hawaii's Socialist Nightmare of Universal Health Care!

Poor Hawaiians! Living for more than 40 years not worrying about financial disaster as a result of a medical catastrophe. Those chumps!

See you tomorrow!
Posted by Adam Barnett at 12:02 AM

Yeah, and I'll bet on page 15 Bruce and Dick turn up with an *unmasked* pet gorilla, and nobody makes the connection.

You REALLY want this to turn into a lengthy debate on health care? Really?