I pass this on out of guilt: 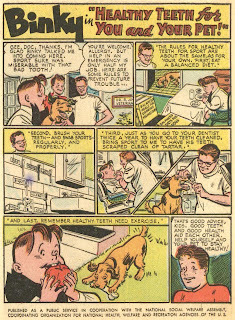 Yes, even in the 1950's, people were told to get dental treatment for your dogs. I was negligent as to Gremlin, my shaggy little nine-pound ball of rabbit-killing fury. I finally got him in to clean his nasty choppers, and they had to pull nine (yes, NINE) of his teeth. 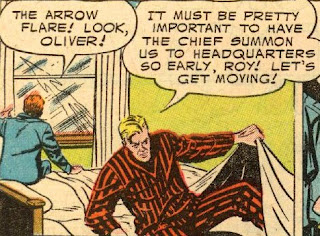 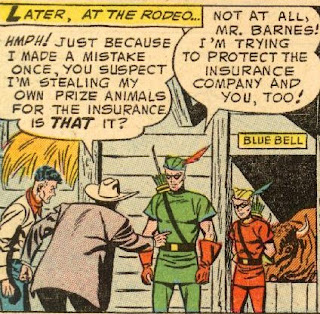 You know, I was willing to give the Golden Age Oliver Queen the benefit of the doubt... until now. I'm now kinda glad he bought it in the Crisis.

While they are sharing a bed, I'm not sure they're getting up to anything much. I mean, Roy's wearing a snappy blue business suit and Ollie's got some kind of corduroy coveralls on.

two words about the clothing: role-playing.

It kind of looks like two separate beds ... like married people were shown to use on TV in the 50s and 60s ... and pushed together for the hanky panky.