The Gorilla is Only Afraid of Fire... Although He Should Consider Being Afraid of Bullets

Let's finish the week with a finish of Golden Age Blue Beetle #10!: 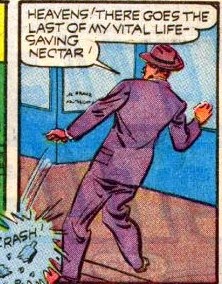 So that's what happened to Kooba Cola!  Mystery solved!

Let's move on to something awesome: 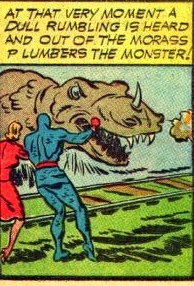 I swear to you, I did not put in the "p" before the word, "lumbers."  I can only assume the monster is indeed a plumber.

Enough of that.  Who is this mysterious stranger?: 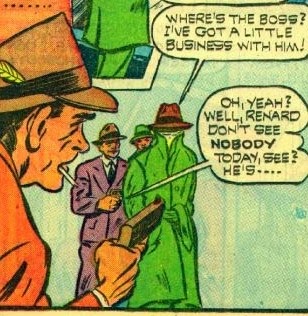 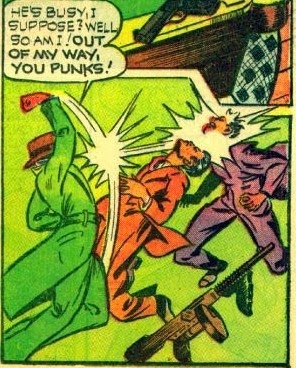 Why it's none other than... 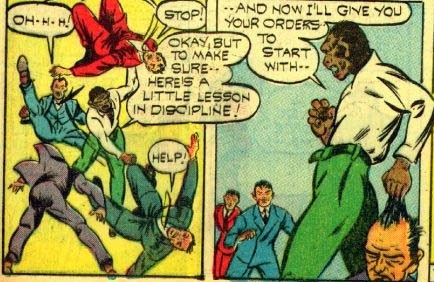 THE Gorilla!  And as you can see, he's decided to follow up on his threat to cause problems by taking over organized crime.  But, as is often the case, he failed to factor that although he may be a gorilla... 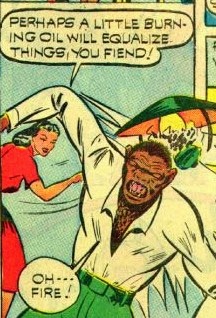 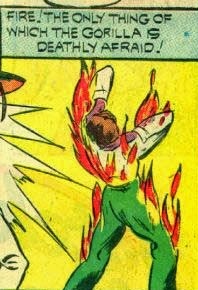 ... that neither makes you fireproof... 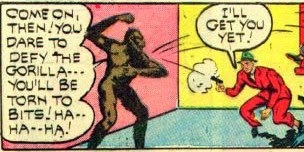 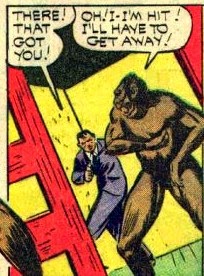 I think he got shot the last time we saw him.  You'd think he'd remember something like that, but he's probably got a lot on his mind. 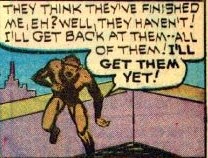 There is a slight gap between the p and lumbers, so possibly "Morass P" is the name of geographical feature.

It is rather strange to just have a random P there. Also, are there more panels of that monster that you could post? Cause just from that one panel that looks like a pretty cool lookin monster.

I actually never understood why people liked monkeys, gorillas and other primates so much.