Superman and JFK Team-Up! And it ISN'T a Crossover Event that Goes on For Fifty Issues! 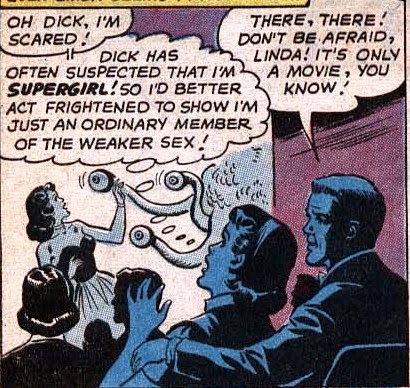 Hmmmm... "Just an ordinary member of the weaker sex."  Yeah, we still had a way to go in our thinking there in the Silver Age.  Best move on to Action Comics #309, where I had better be seeing all the Super-Animals standing on each other:

THAT'S the stuff!  Although I'm a little concerned that this is the earliest issue I've found with Beppo the Super-Monkey.  Apparently I'll have to network and find someone willing to share a Superboy collection to get his origin. 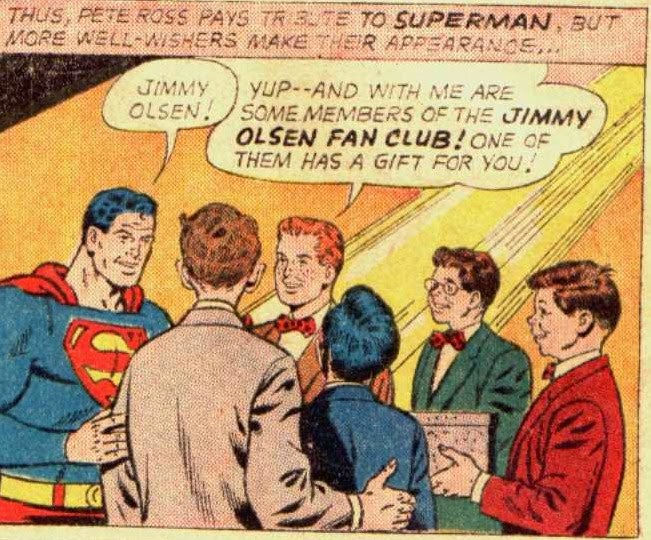 Jimmy Olsen has a fan club?  The heck you say. 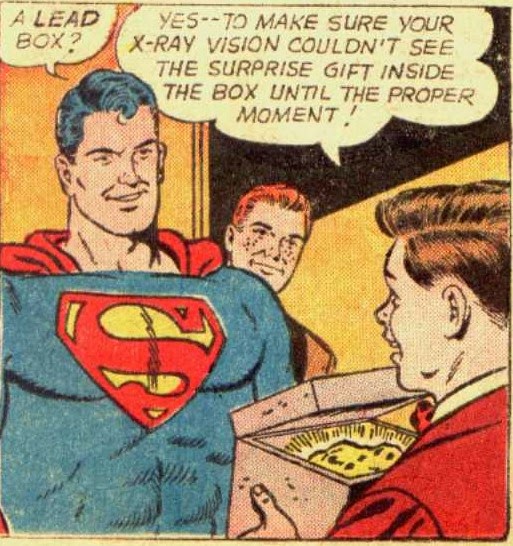 I've been holding this lead box all day, breathing in microscopic particles and increasing my chances of contracting colica pictorum with every passing second, but as long as you're surprised by this present, it will totally be worth the chelation therapy!

I just blew your mind with my smartness, didn't I?  Lead is some scary stuff, folks.  Avoid it. 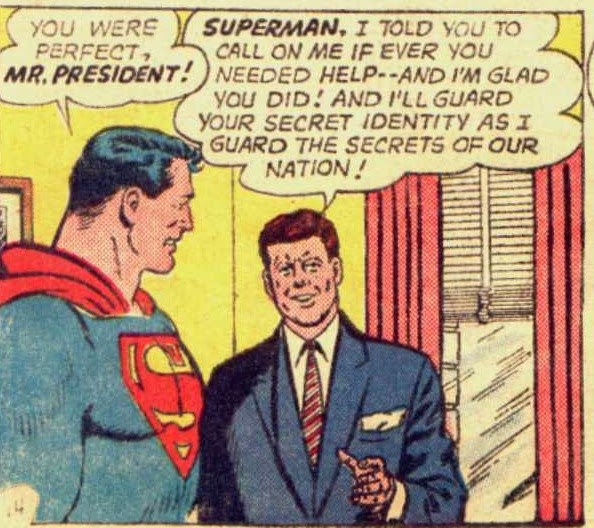 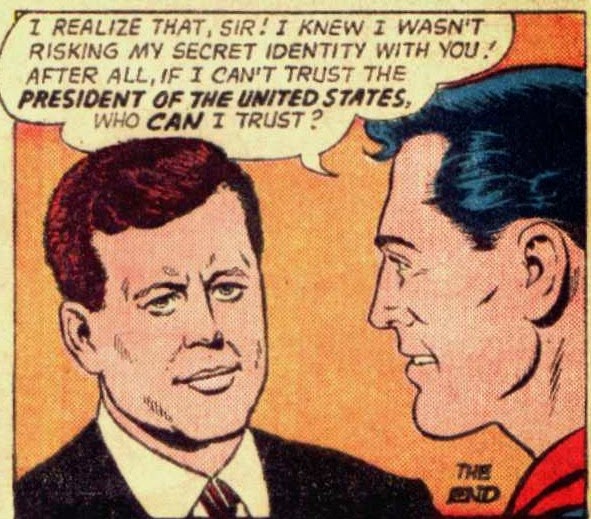 But that's not the weird coinkydink.  Although this was the February, 1964 issue of Action Comics, it was released months earlier (every comic book nerdlinger knows that the publishing date of a comic is waaaaaay later than the day it gets distributed).  When was this comic actually released?

December, 1964... a month after the Kennedy Assassination.  Word has it that it was too far in the system to be yanked, so DC put it out.  I don't think they had anything to worry about, though.  This is actually a pretty cool tribute to JFK.

Is that Gold Kryptonite in that lead box? I MUST know!

Also, do you think that the current Superman would trust any current president? Like this one, the last one, the next one, etc?

Not touching the latter part with a ten foot pole, Marv! But yep, it was Gold K, quickly converted to Platinum by Element Lad when it was discovered.

There is something really strange about that still frame from the movie that Linda and her date is watching too. I mean what is the woman in the movie doing? It looks like she is either trying to choke the monster or she is stroking it gently. Either way that is one heck of a movie.